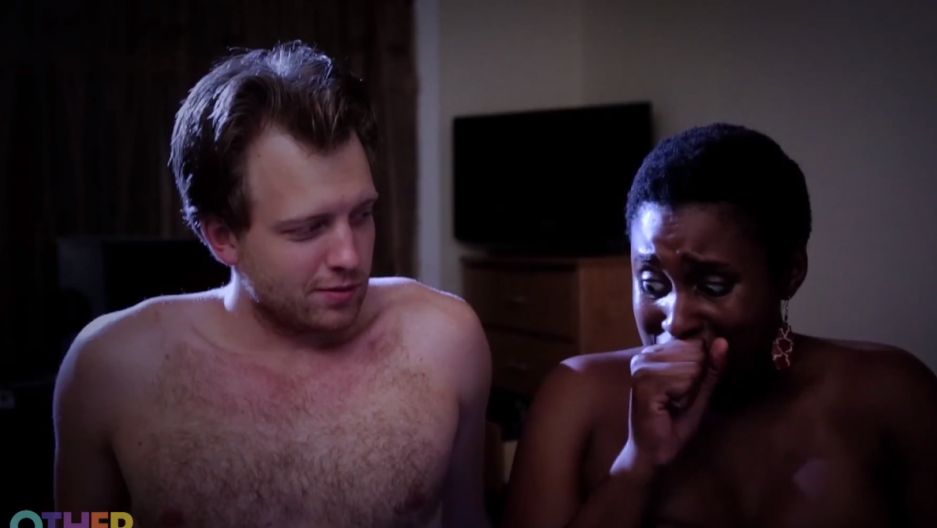 Issa Rae spent most of her youth feeling awkward, and she's never gotten over it. The awkwardness started in Senegal, where her father was from, and continued once she moved to the suburbs of Washington, DC. "Coming from West Africa to Potomac, Maryland, was pretty jarring, and I just didn't know how to be black," she says. She felt like a token minority at school, and her older brothers would tease her, "'You're kind of a white girl, a Jewish girl.'" Then she went to a predominantly black school in Los Angeles and didn't know how to fit in there.

Those awkward interactions were formative for Issa Rae -- and they were gold. She channeled them into sketch comedy, uploading videos she made with her friends to YouTube. In 2011, the first episode of her web series The Misadventures of an Awkward Black Girl made her internet famous.

The videos don't have the highest production values, but their authenticity struck a chord. Pharrell Williams' i am OTHER YouTube channel picked up (and funded) the second season of the series. "He completely got it," Rae says of Williams, who claimed the he himself was an awkward black guy. "He was extremely supportive of the vision and making sure that nothing was changed," she says. That support, coupled with an actual budget, made for episodes that looked a lot better and got millions more views.

Her first experience with a TV network was at ABC, where she pitched I Hate LA Dudes with the help of producer Shonda Rhimes. "Working with them was amazing, but I felt like I was a pushover." ABC passed on the idea, but she's been developing a pilot with HBO; it would be the first series on the network starring an African-American woman.Non-Profit is about a directionless twenty-something who works for a non-profit by day and aspires to be a rapper by night -- like a black perspective on Girls, you could say. Lena Dunham's show was criticized for not including characters of color, but Rae isn't judgmental about Girls. "Those are her friends, those are the stories that she knows. That's authentic to her. What I want to see is just varying experiences, not just white people's experiences. And I think that's entirely possible. We had an era of it for a while [including Living Single and Fresh Prince], and then we didn't."

Rae is working to usher in that era, not just with her own shows. She launched ColorCreative.TV, a incubator of web series that produces pilots, "increasing opportunities for women and minority TV writers." She's also helped launch The Choir, a dramedy about rebuilding a dying congregation; Roomieloverfriends, a comedy about hooking up with your roommate; and First, a romantic saga about a young couple, Issa Rae isn't just awkward anymore; she's made herself a mogul of awkwardness.

And yet all this isn't enough; Rae hasn't even begun to working on her dream job. "I want to tour the world doing hood rat music with my friends." Then she drops the most awkward verse in the history of rap.