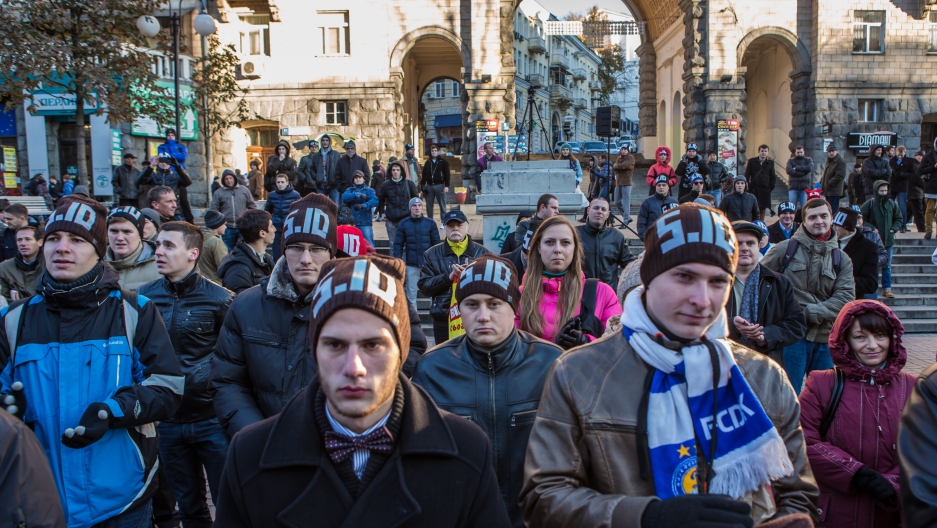 KYIV, Ukraine — For legal experts like Oksana Syroyid, the term “rules and procedures” is the holiest of holies.

But to many of the lawmakers who have stocked Ukraine’s parliament in recent years, it’s a foreign concept, she says.

“There aren’t even any memories of why there should be a legislative process,” says Syroyid, director of the Ukrainian Legal Foundation, “because it disappeared from the Ukrainian parliament so long ago.”

Now Syroyid — a 38-year-old specialist in legal reform with a Western law degree — is one of the scores of young civic activists, experts and other professionals voted into parliament late last month and charged with overhauling a famously corrupt state bureaucracy.

But while they’ve raised expectations that this country’s crooked politics may soon become a thing of the past, she and others are facing the increasingly stark reality that undoing more than two decades’ worth of damage will be no easy task.

“It’s very important that all these new faces don’t squander the credit handed to them by Ukrainians,” says Sergiy Solodky of the Kyiv-based Institute of World Policy.

The elections to the Verkhovna Rada marked Ukraine’s unambiguous turn to the West and away from the radical populism that dominated its political landscape in the run-up to the vote.

While voters returned an uncomfortably large proportion of old faces to the legislature, they’re outnumbered by self-proclaimed democratic forces. They include activists and civic leaders who built a following during the months-long protests on Independence Square — the “Maidan” — and now have a sweeping mandate for reform.

Some have already pledged to cancel immunity for lawmakers, or are demanding pay hikes for deputies to ensure they won’t be lured by prospects of kickbacks.

Others, like Syroyid, prefer to start with the nuts and bolts, such as revising the current law on parliamentary regulation.

Passed by a rubber-stamp legislature under ex-President Viktor Yanukovych, it dictates virtually all parliament’s activities. It’s also riddled with what she says are authoritarian peculiarities aimed at undermining the legislative process.

Syroyid says she would correct what she calls the virtual absence of the crucial second reading of draft laws, traditionally allotted for debate but used in recent years to rush through legislation in its final form.

The Yanukovych regime also understood the idea of “public openness” as enshrined in that law to mean installing a one-way live feed of parliamentary proceedings, she adds.

“I want for people to finally be able to come to the balcony of the Verkhovna Rada and watch a session take place,” she says.

Observers say other crucial reforms include overhauling the corrupt judiciary, deregulating the economy and streamlining the electoral system to prevent fraud.

But getting things done will require a strong ruling coalition and maintaining a reliable partnership between the president and prime minister, a task Ukrainian politicians have routinely failed.

But some worry a conflict could break out between the figures, who are two of Ukraine’s most popular politicians but failed to unite under a single political group ahead of the elections.

Solodky, the political analyst, warns that if personal ambitions take a front seat again — as they did after the Orange Revolution in 2004 — it could quickly spoil public faith in the new authorities.

“If there’s no consensus, if there’s no solidarity among the political forces, then any sort of plans or strategies will have been wasted,” he says.

In another sign of the difficulties ahead, even some of the reforms already enacted have come under fire.

That’s the case with a new anti-corruption law passed in September and aimed at purging officials tied to the Yanukovych regime or otherwise found guilty of corruption.

Also known as “lustration,” it was one of the Maidan’s key demands and was seen as the best way to keep crooked officials out of office.

But some observers say the measure — which parliament passed under pressure from angry protesters — is both legally murky and overly sweeping, creating the potential for political score-settling and little room for its nuanced application.

They worry it may alienate a large swath of officials by excluding them for their past associations.

Just ask Igor Kabanenko, who was fired from the Defense Ministry last month for having once served as first deputy chief of the General Staff under Yanukovych.

According to the law, his high-ranking status back then automatically makes him a threat to a newly democratic Ukraine.

Ironically, Kabanenko says he’s always been an ardent supporter of Ukraine’s European integration, a belief he claims actually made him a target of politically motivated charges of espionage and corruption under the pro-Russian Yanuovych.

“A person is characterized not by some formalities, but by concrete deeds,” he said.

More than 30 other high-ranking officials were fired along with him during the first wave of lustration, which is expected to take more than a year and affect up to a million civil servants.

The process cuts across the entire state bureaucracy, leading critics to argue that it could deprive the country of experienced managers. Kabanenko says it creates “new systemic risks” by casting such a wide net.

More from GlobalPost: Are Germans really obsessed with austerity?

Nevertheless, lustration represents just one of what Ukrainians hope will be a much broader set of reforms.

Despite the magnitude of the country’s needs, many are cautiously optimistic after the elections international observers described as largely free and fair.

“In many ways, the time for radicals has passed,” read an editorial in the English-language Kyiv Post, “and the time for political forces bent on genuine nation-building has arrived.”

The question is how serious — and able — those forces will ultimately be.