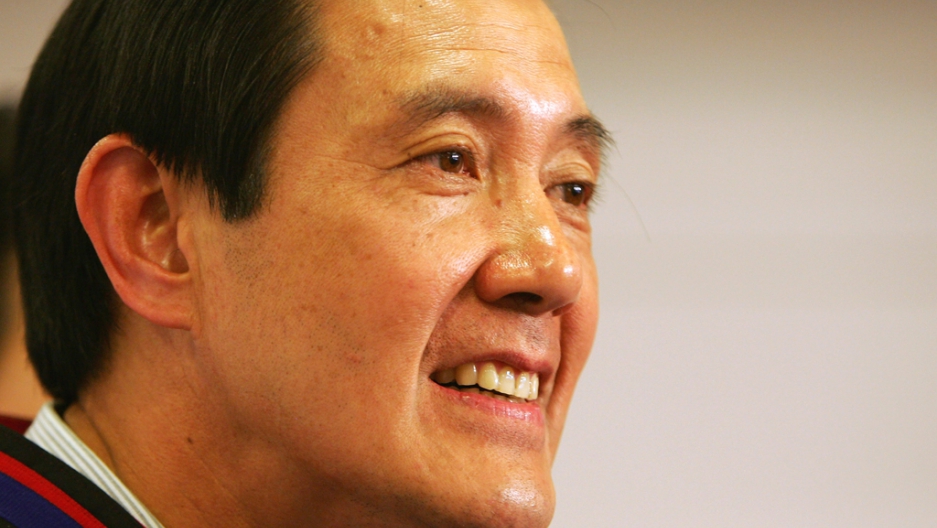 TAIPEI, Taiwan — Despite student protests and signs of an increasingly hardline stance from Beijing, Taiwanese President Ma Ying Jeou still believes his policy of deepening ties with the authoritarian government in Beijing has been right for Taiwan.

During Ma’s six years in office, Taiwan has signed 21 agreements with the People’s Republic, including an end to a 60-year ban on direct flights between Taiwan and the mainland, and an increase in the number of tourists and exchange students between the two countries.

“Our current tempo meets the expectations of the majority of the people of Taiwan,” he said in an hour long interview with GlobalPost.

Yet the rapid deepening of these ties has also provoked fear that Taiwan is becoming overly dependent on China, and therefore vulnerable to mainland pressure. Beijing continues to regard the democratic island of 23 million as a “renegade province” that must be unified with the mainland. In March of this year, students occupied Taiwan’s legislature in protest of these policies and the perception that Ma’s party, the Kuomintang, was rushing to pass China-friendly agreements without public review. During his second term, Ma’s approval rating dipped into the single digits.

Ma defended the policies of his six-year administration, and discussed his view of independence, cross-strait relations, and America’s role in the region.

Interviewed at the Japanese-designed presidential palace in Taipei, Ma was soft-spoken and cautious, carefully sidestepping questions about his mainland counterpart, Xi Jinping, who has adopted a harder line on Taiwan. In September, Xi shocked Taiwan by insisting that the island should follow the “one country, two systems” model applied in Hong Kong, which has been rocked by protests for over a month. Xi has also said that Taiwan cannot delay political talks indefinitely, as “we cannot hand those problems down from generation to generation.”

Asked about this challenge, President Ma stressed that “there is ample room for us to make further improvements” in China ties, and “we still emphasize taking an orderly and meticulous approach so as to keep cross-strait relations from spinning off track.”

"From my experience in cross-strait relations over the past 20 years, I feel that the process is like mountain climbing. Although one cannot move quickly, after several years one can look back and see the high altitude attained."

While admitting that Xi Jinping had "maintained a somewhat high-handed posture" toward Taiwan, Ma said that the island should maintain the current pace of increasing links with the mainland. He expressed cautious hope that increased contact with Taiwan could demonstrate to mainland Chinese the possibility of democracy in an ethnically Chinese context.

In the last six years, he noted, the number of Chinese students at Taiwanese schools has risen from 800 to 25,000, and the number of visitors has surged to 3 million per year.

"We have never wistfully thought that mainland China would become democratized quickly,” he said. “All our efforts in Taiwan have aimed at showing ethnic Chinese societies around the world that the imported concept of democracy can take root, germinate, and grow into a big tree on purely ethnic Chinese soil. This is a very important reason for our existence."

“We want the young generation of mainland China to understand ... why we, being ethnic Chinese as well, are able to practice democracy here."

On the US rebalance to Asia, Ma said that while most countries in East Asia and Southeast Asia support a greater role for America in the region, one also must remain conscious that "for many of these countries, their trade with mainland China now exceeds that with the United States."

"In terms of security, they hope to engage in cooperation with the United States; In terms of economic issues, they cannot avoid working with mainland China. Of the 23 countries neighboring mainland China, 17 have mainland China as their largest trade partner."

Asked about the protests in Hong Kong, Ma reiterated his support for the democratic movement, while rejecting parallels between Taiwan and the former British colony, which was returned to Beijing’s control in 1997.

"The people of Taiwan have been paying close attention to the developments in Hong Kong, not because they believe that Hong Kong’s situation has any relevance to Taiwan, but because they want to see whether Beijing will honor its initial promises. Taiwan and Hong Kong are completely different cases, so we do not fear that Taiwan will become a second Hong Kong"

While the situations are certainly different, Ma’s confidence belies the delicacy of Taiwan’s position. On the one hand, Taiwan is a vibrant democracy that has ruled itself independently for decades. On the other hand, the island’s economic dependence on China makes the prospect of declaring independence increasingly difficult. (On paper, Ma’s government and the People’s Republic agree there is “one China,” not two, though they differ on which is the legitimate government.)

Thirty years ago, Ma recalled, Taiwan independence movements were widely popular. Now, he said, “the number of people calling for independence today is much smaller, and sometimes it becomes counterproductive to even raise the issue of independence.”

In fact, Ma suggested, the question had been settled long ago. He pointed to the 1912 founding of the Republic of China, in which the Qing dynasty was overthrown.

"There has never been a country declaring independence twice,” he said. “There is absolutely no need to declare independence again."