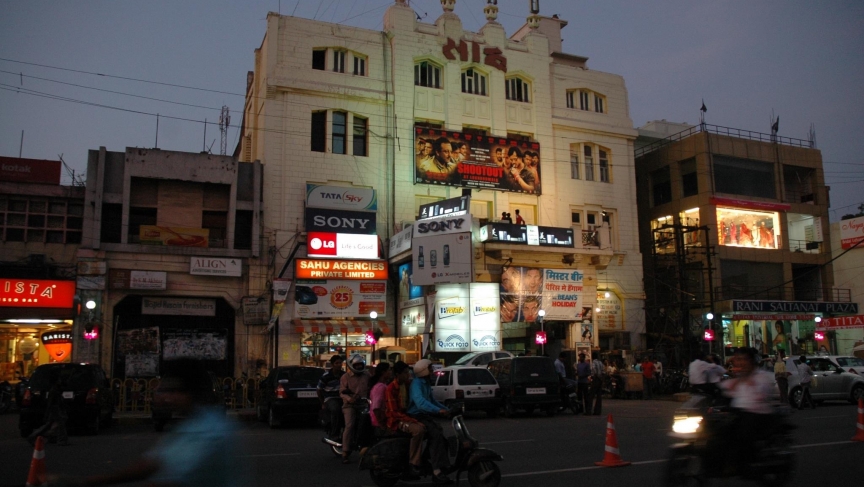 This is Sahu Cinema Hall, in the center of my hometown, Lucknow, India. I watched hundreds of movies there when I was kid, and it brings back lots of memories for me.

When I arrived in New Delhi this summer after flying for more than 15 hours from Chicago, one of the first things I did was fill a cup of water from the tap and gulp it down. And then it dawned on me: I drank unfiltered water — a good way to get sick in India.

I was too tired to think straight, but travelling between continents, time zones, and cultures can be confusing even when you're clear-headed.

I left India 11 years ago to come to the United States. But in some ways, I never really left. I’ve been going home almost every year for several months at a time. Because of this continuous travel back and forth, I have been living in two countries that are worlds apart. I always seem to be in a phase of re-adjustment. While I try to belong in America, I long for India. And when my heart says I belong to India, my mind tells me to go back to America.

I spend nine months driving on the right side of the road, and then when I’m back in Lucknow, my hometown, I look in the wrong direction while crossing a street.

After mastering the art of smiling at strangers for no reason in America, it takes me several dirty looks from women on the streets of Lucknow to unlearn the habit.

I spend three months in India in close physical contact with people in crowded buses and in long lines, and when I come back to America, I get strange looks when I stand too close to the guy behind me in line at Starbucks.

I seem to want to be where I’m not. As soon as I arrive in India, I start missing the smell of freshly brewed coffee. But now that I'm back in America, I'm longing for a hot cup of chai and the aroma of milk, tea leaves and cardamom.