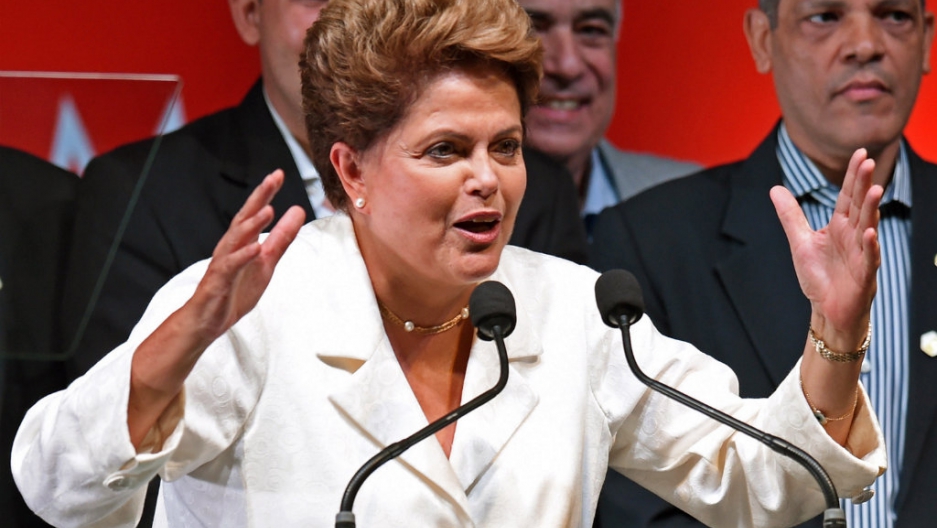 AUSTIN, Texas — The bitter fight between Brazil’s newly re-elected president Dilma Rousseff and her opponent, Aécio Neves, was not just about a slowing economy or rumors of corruption. This election divided the nation around tough questions of class, race, gender and power.

The presidential election in Brazil was a cliffhanger. By 7 p.m., one hour before the polls closed, Brazilians waited to hear who won: Would it be Rousseff of the Worker’s Party (PT) or Aécio Neves, grandson of former President Tancredo Neves, of the Brazilian Social Democracy Party (PSDB)?

Rousseff’s Worker’s Party has had success combating poverty and hunger during the 12 years it controlled the presidency. A lesser-known aspect of the campaign is the question of race. Black activists have been an important element of the Worker’s Party government of the past 12 years.

A legacy of former president Luiz Inácio Lula da Silva is the Secretariat for the Political Promotion of Racial Equality (SEPPIR), founded in 2003. SEPPIR has been instrumental in thrusting questions of race to the forefront of Brazilian politics, particularly the debate over affirmative action.

In July 2010, Rousseff’s administration succeeded in ushering in the Statute of Racial Equality, which expands government efforts to eliminate racial disparity.

The election Sunday was also about gender. Since her first election in 2010, Rousseff, has been a rallying figure for feminists. Feminists and black activists naturally lean left, and these coalitions were critical to the election of Lula in 2002 and then again of Rousseff in 2010.

The Rousseff government’s continued dedication to eradicating poverty and fighting for racial equality have been decisive in rallying support. Yet, some of what made this tough re-election for Rousseff was the popular perception she has not followed through on promises to her bases, including changing the culture of inequality in Brazil.

The popular protests that took Brazil by storm in the summer of 2013 recall the frustration many Brazilians had over World Cup spending in the face of deep poverty and continued concerns about the over-militarization of Brazil’s violent police forces.

Yet, the threat of a conservative center-right government led many Brazilians to put their criticisms aside and turn leftward, even though 9 percent of the Brazilian population decided to sit out this election by voting “blank” or abstaining.

As votes came in, Brazilians were reminded that this election would come down to regional, racialized class differences. Popular perception was that if Rousseff won, it would be due to northern and northeastern states, the poorest regions where the majority of Brazil’s black and indigenous population live.

Racist remarks about the election and the north/south divide in Brazil abounded on Twitter. Many referred to northeasterners as illiterate or advocates for dividing the nation between the north/northeast and the south.

These comments emphasized the racial subtext of the election. Neves was thought to be the candidate that represented neoliberal policies and the possibility of economic reform, but he was also seen as a representative of the white, patriarchal upper-class elite. When black and indigenous candidate Marina da Silva dropped out, many black and indigenous Brazilians turned to Rousseff as their candidate.

In her acceptance speech, Rousseff said that “at times in history, tight election results produce stronger, faster changes... the debate of ideas, the clash of positions, can produce spaces of consensus that can move our society further down the paths of change that we so desperately we need.”

As Brazil looks forward to Rousseff’s next four years, many will be waiting again to see if she continues to expand her social justice policies, not just against poverty but also for racial and gender equality. She ended her speech, saying, “once again, this daughter of yours won’t walk away from the fight.” We hope so.

Christen A. Smith teaches in the departments of African and African Diaspora Studies and Anthropology at the University of Texas at Austin and is a public voices fellow with the OpEd Project. She has published articles on racial politics in Brazil and has a forthcoming book on race, violence, performance and the black body in Brazil.