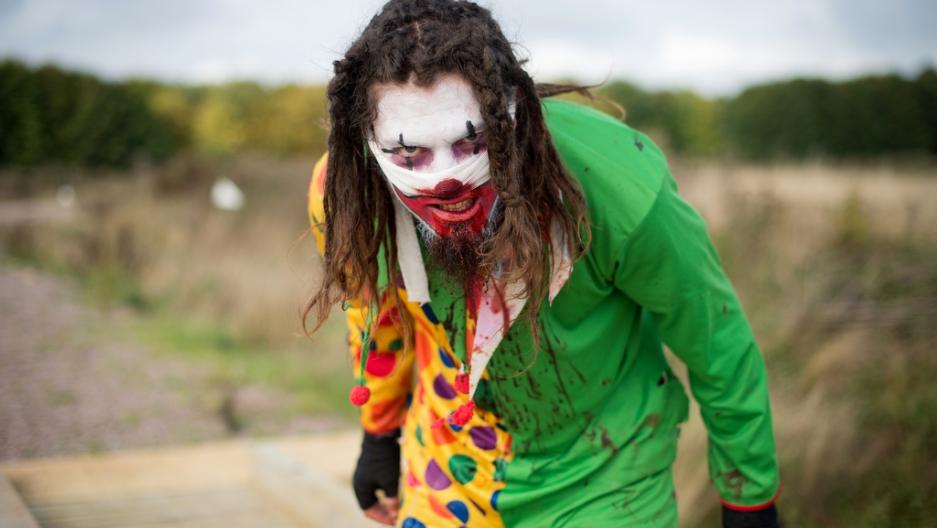 A zombie clown prepares for the runners as he takes part in one of Britain's biggest horror events, the 'Zombie Evacuation Race,' at Carver Barracks near Saffron Walden, England, on Oct. 5, 2013.
Share

A clown craze is sweeping across France, but few people seem to be laughing.

For weeks fake, evil clowns have been terrorizing passers-by, even physically attacking them.

Nowhere is safe. The malevolent clowns have been spotted lurking outside schools, on streets, in bushes and even in public squares, apparently waiting for their next hapless victim to wander by.

“Their targets are often young children or teenagers, but also adults,” a police official in northern France was quoted by Agence France-Presse as saying.

This real-life nightmare has left the country wracked with coulrophobia — an abnormal fear of clowns — and police are urging citizens to report sightings of any scary clowns.

One village in the south of France has gone a step further: Clowns are officially persona non grata.

The mayor of Vendargues has imposed a one-month ban on clown costumes starting on Halloween.

Anyone over the age of 13 caught dressed as a colorful buffoon will be arrested.

And forget about wearing clown make-up. That’s out too. Clowns who claim to be legitimate and want to perform at fairs or birthday parties during the ban period will need to get special permission. 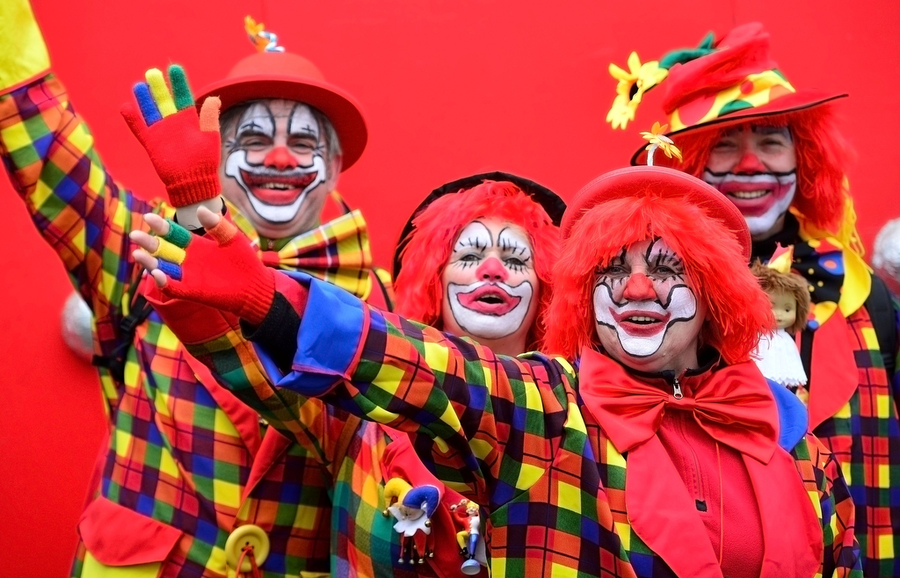 The new law is aimed at avoiding “any disruption … by evil clowns,” a spokesperson for the mayor’s office said.

“It’s about protecting children by preventing any ill-intentioned clowns from mixing with residents.”

Ill-intentioned pirates, witches and zombies are apparently ok, though.

To the outsider that might sound like an extreme reaction to what has been a handful of cases of delinquents putting on clown costumes and scaring the living daylights out of passers-by.

But the growing hysteria to the phenomenon — believed to have been inspired by a bunch of prankster videos on YouTube involving fake clowns — is real.

There have already been a number of cases of anti-clown vigilantism as people, perhaps those who have been scared witless by a fake clown, take to the streets to hunt down fake clowns.

Police are treating the matter seriously.

So far more than a dozen teenagers have been jailed or arrested over clown pranks, as well as several anti-clown vigilantes.