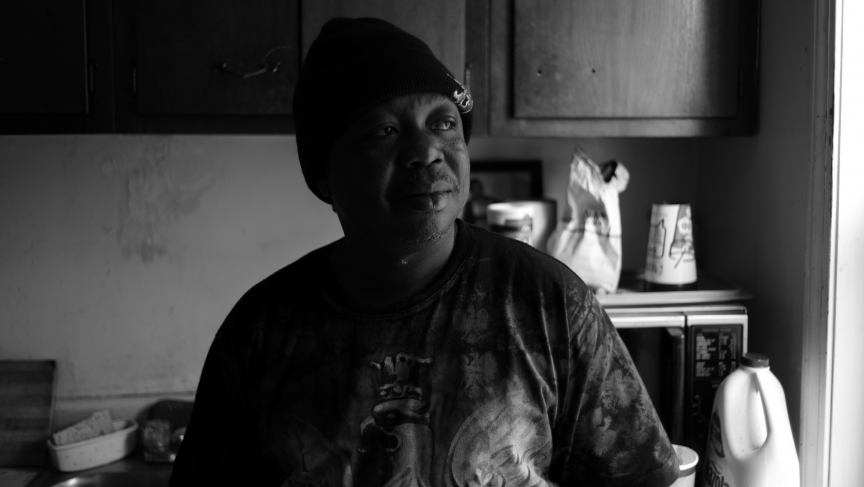 Reuben Koroma, a founding member of the band Sierra Leone’s Refugee All-Stars, at his temporary home in Providence, Rhode Island.

If given the choice, would you go to West Africa now? For many, there’s no simple answer to that — not even for those who have loved ones in the countries most affected by the Ebola crisis.

Reuben Koroma is in that tough position right now. He’s a Rhode Island-based musician and founding member of the band known as Sierra Leone’s Refugee All-Stars.

The All-Stars were the subject of a 2005 documentary that told their story — one of downtrodden Sierra Leonean musicians escaping civil war and finding themselves in a refugee camp, pooling their musical talents and forming a band to keep spirits and morale alive.

The movie got a lot of attention and opened up many doors for the band — they got gigs, were guests on Oprah and released several strong albums, including this year’s “Libation.”

Things were going great for the All-Stars. They were back in the US this summer, playing more shows and getting more positive reviews. But things were getting bad in their home country — quickly.

“We completed the tour on September 21 of this year," Koroma explains. "And before the end of the tour, there was a high news coverage of the Ebola outbreak in our country and gets us very [scared]."

So after speaking to their families back home, the musicians decided to delay their return to Sierra Leone. “We feel like we just want to be around for the moment, because it’s not safe for us down there. So we asked our manager to file an extension visa for us.”

Reuben’s wife Grace used to be in the band herself. But since the All-Stars took off a few years ago, she has stayed in Sierra Leone, raising their four daughters.

“They said, ‘You should not come. You should stay there and fight for us to be safe, you can help us out of this situation,'" Koroma says.

But helping out has not been easy. Like all Sierra Leoneans back home, his wife and daughters have been urged to stay home as a way of minimizing the spread of the disease — meaning no school for the four girls.

“The most worrisome thing is that they’re not going to school,” he says. “That’s the thing that is disturbing us right now.”

He’s especially worried about his second-eldest daughter, Livia. “She has to complete her high school this year. And she really has an ambition to go to college," Koroma explains. "But with this Ebola, I think it’s going to set her back. So these are the things we are really crazy about.” The disease also means no market and minimal shopping, so the economy has come to a standstill.

In the US, the Refugee All Stars’ visa extension keeps them from working. And while the band puts on a critically adored live show, they’re an admittedly niche act. 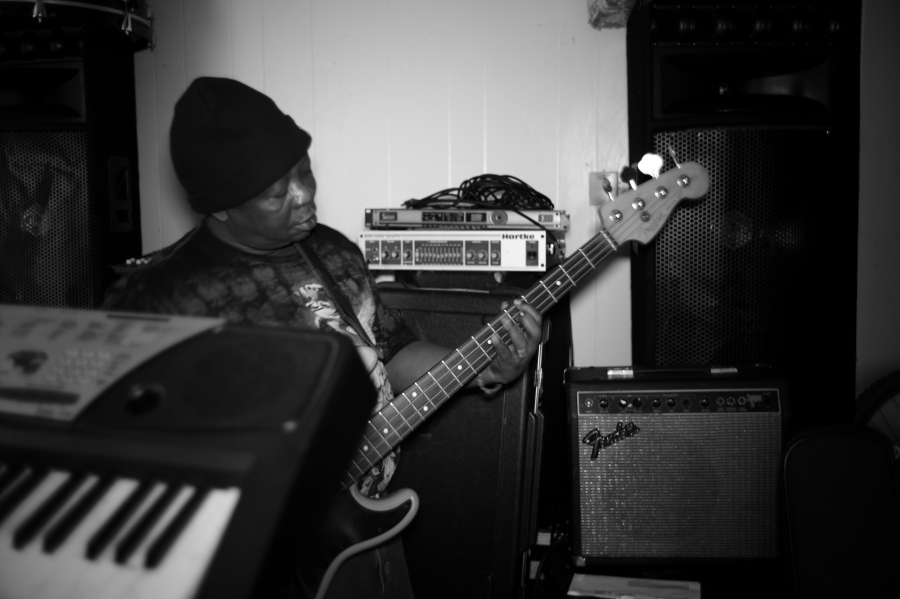 “You know, we have been professional musicians since our youth,” Koroma explains. “Since our 20s, we choose to play music, and play music to live. And that’s what we do. And it’s not easy to give an old do a new name. We have been into this, and that’s what we want to do, that’s what we love doing. So we just ask people to help out with more gigs. We’re ready to play them.”

Reuben has been sending money back home in the meantime. He and the band try to keep their expenses low, but it's tough. It’s not like touring, where everything is taken care of for them — like the Internet they would get in every hotel room.

They’ve been put up by a Liberian friend in Providence who happened to have a vacant apartment. Their gear is all set up for them to rehearse new songs, including one about fighting Ebola.

Reuben says he’s confident his wife will make sure no one in the family gets sick. But the distance is still a constant struggle.

These musicians, who came together as war refugees and thrived, are refugees once again. And just like during the civil war, they don’t know when they’ll be able to go home.

Reuben Koroma from the Sierra Leone Refugee All Stars, at his home, for the time-being. The band formed more than ten years ago as war refugees who made music. They came to tour the US in April, #Ebola broke out back home, and they've been parked in Providence RI since September. Now Reuben and the band's families await some break in the epidemic. This time they are Ebola refugees. http://sierraleonesrefugeeallstars.com/