Turkey's President Recep Tayyip Erdoğan has sometimes been accused of having an imperial, "neo-Ottoman" streak. Now he has the house to back it up.

Turkey's first family moved into a huge, brand-new presidential palace last week. The complex is called the Ak Saray, meaning "White Palace," but the name has a pointed undertone: Erdoğan's Justice and Development Party is abbreviated in Turkish as AK.

"The message there is that this party is here to stay as the ruling political force in the new Turkey," says Jacob Resneck, an Istanbul-based reporter.

The two million square foot residence, which has more than 1,000 rooms, cost Turkish taxpayers around $350 million to build. Many are unsurprisingly angry about picking up the tab. "The opposition party has been putting official questions to the parliament asking why it was so expensive," Resneck says. 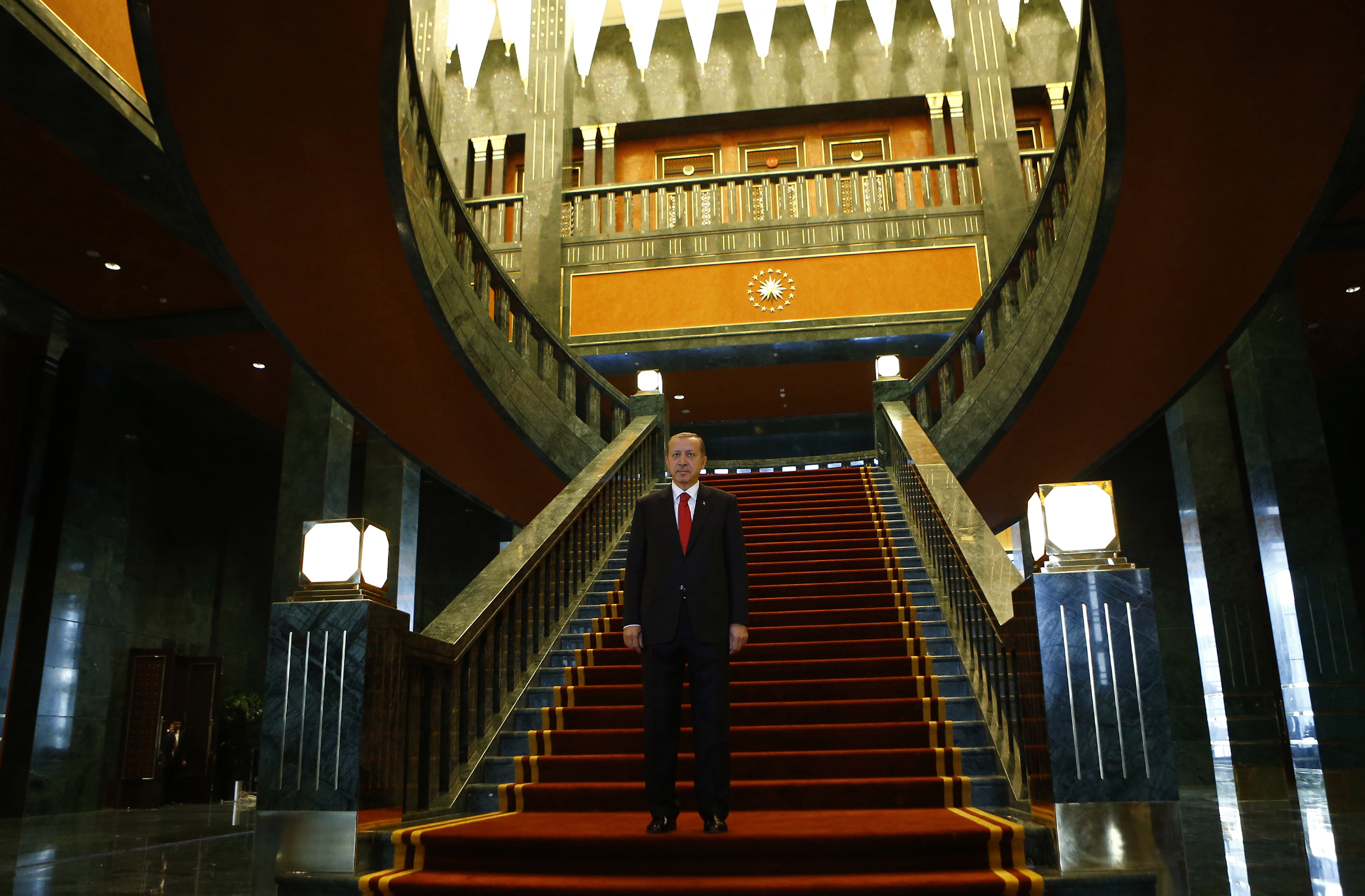 There are also allegations that the construction work was funneled to contractors close to the government, which allowed the companies to overbuild — and overcharge for the lavish work. "People got really rich off the project, and there's a lot of anger here because that's public money being spent," Resneck says.

As if that weren't enough, the palace is built on protected forest land on the outskirts of Ankara, which has sparked controversy as well. Environmentalists and opposition members took the issue to court, but the government ignored them.

"Erdoğan famously remarked that if the court has the power to stop [him], they'll stop [him] — but apparently they don't," Resneck says. "The contractors continued their work."