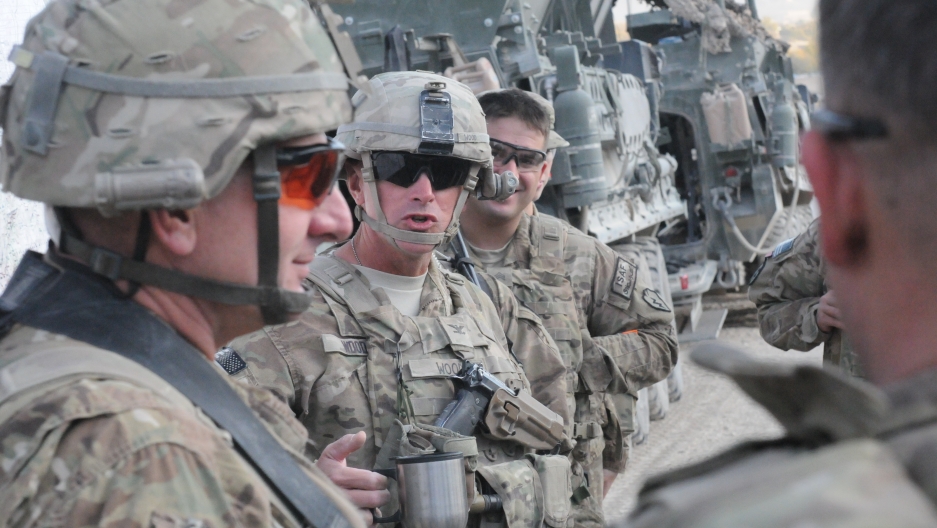 I don't recommend telling your colleagues to pop smoke.

"That's a term for when you're calling for air extract, like with helicopters," says Adam Dillon, a staff sergeant in the US Army. "You throw out a smoke grenade and they vector in on it for extraction from a hot area."

Say "let's pop smoke" around veterans and we know exactly what you mean: It's time to get the hell out of here. But if I say that in the newsroom here, I get blank, bewildered stares.

It's the same for thousands of terms veterans picked up over the last 13 years of war and boredom: fobbits and grunts, batteryacid and terps, battle rattle and FOBs and going downrange for endless goat rodeos. Here are some of the ones everyone else could learn from:

"Stand by to stand by." — The boss is late. No one can find that one guy. We've been sitting in this conference room for an hour. Why? No one knows. Can we just leave? Of course not.

"You look like a soup sandwich." — You're a mess so terrible that it should be physically impossible. Nothing is right here at all.

"I'm gonna break it down Barney-style for you." — Oh, you didn't get that the first time? Excellent. Let me re-explain it to you in hyper-simple language, because anyone with a pulse and three working brain cells should be able to figure this out. Also, don't make me do this again. Try me.

"Keep your head on a swivel" and its close cousin, "Stay alert, stay alive." — Situational awareness is everything. A reminder that texting and walking at the same time is terrible idea, if nothing else.

BLUF — Bottom Line Up Front, the military's version of tl;dr. This is the thing that inevitably starts and should, but never does, end a long and pointless PowerPoint presentation.

Inshallah — The Arabic phrase literally means "God willing." Full stop. But Iraqi soldiers who had no intention of doing what they were supposed to made good use of that word as well when questioned by US soldiers. Use it the same way. Misdirection and sophistication all at once.

F**k — People sometimes say soldiers use the word like a comma, but that's not true — it doesn't even scratch the surface. F**k is verbal duct tape. Use it early, often and however you'd like.