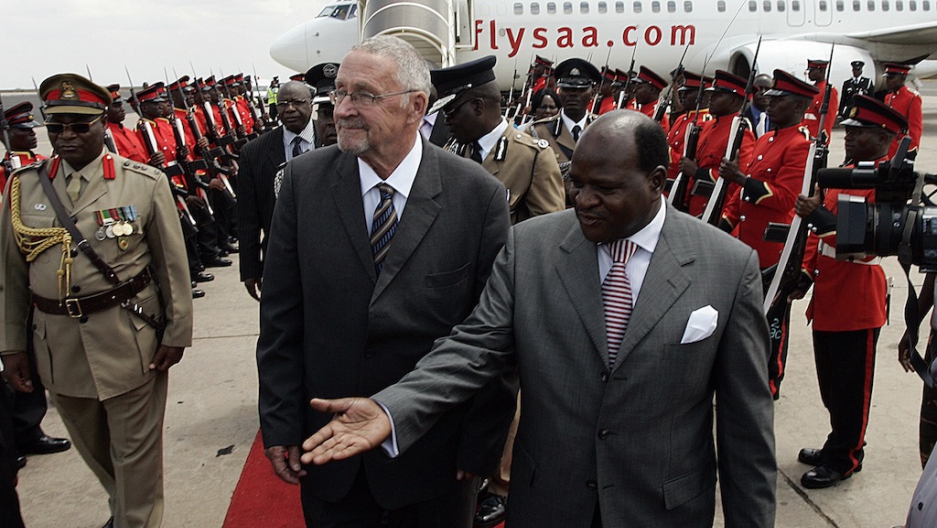 Why the furor over this peaceful, orderly and constitutional transfer of power? Well, Scott’s white.

The last white president in Africa was South Africa's F.W. de Klerk, the last of the apartheid-era white minority leaders. In 1994 de Klerk lost an election to Nelson Mandela.

Here are five more things besides his race you should know about Africa’s newest president.

Scott is 70, which is a pensionable age in many countries but puts him on a par with many of his colleagues among Africa’s aging leadership. It’s younger than his predecessor, Sata, who was 77 when he died this week.

Scott was born in Livingstone, next to Victoria Falls, and grew up in the country although he was educated in Zimbabwe (then Southern Rhodesia) and the UK.

A Zambian man casts his vote in Lusaka in 2008. (Getty Images)

Scott is Zambian but his parents were British, which means that he is not eligible to run for the presidency when elections are held 90 days from now.

Scott entered Zambian politics in 1990 and became a lawmaker the following year. Before being named vice president in 2011 he had served as agriculture minister.

Scott is known for his irreverence and willingness to say what he thinks. He’s called South Africans “backward," described Zimbabwe’s Robert Mugabe (his neighbor) as “a funny chap,” said his own time at a whites-only school was “like being in the Hitler youth,” and once told a journalist how Sata would joke about Scott's white privilege, asking him, “What would you be if you weren't white?” Scott’s reply? "The president.”