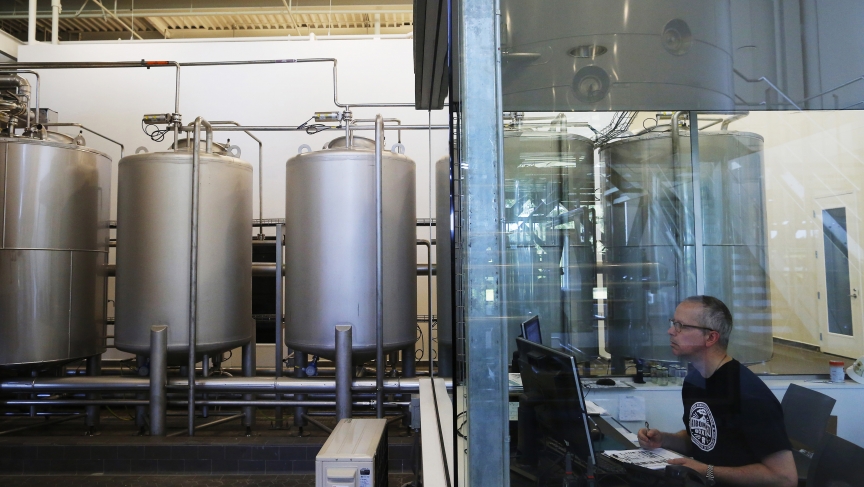 In the last couple of years, craft beer has bubbled into public consciousness and been embraced by hipsters and non-hipsters alike as a fresh, modern libation.

While chocolate-lobster beer may be a uniquely 21st century invention, the kind of variety we have now actually pales in comparison to the beers of yesteryear.

“The Vikings [brewed] beer with juniper berries and sometimes even hallucinogenic mushrooms and herbs — that was just how beer was made,” says William Bostwick, author of The Brewer's Tale: A History of the World According to Beer.

Bostwick argues that the creation of beer — which may have been discovered in tandem with bread — helped fuel innovation. The Egyptian pyramids, for example, probably wouldn’t have been built without low-alcohol beer, which was used as nutrition for builders.

But Bostwick has recreated many historic brews and he says that they're not always pleasing to modern palates. “The truth is, the past didn’t always taste so great,” admits Bostwick. “Ancient Egyptian beer was nothing special."

Still, Dogfish Head Brewery, creator of the infamous chocolate-lobster beer, has also started a line of ancient ales, partnering with experts who have scoured Egyptian hieroglyphics and 9,000-year-old Chinese tombs for beer recipes.

After centuries of beer making, Bostwick believes craft and home brewers are rediscovering the human essence of beer.

“We’re still learning. When it comes to things like sour beers or beers with wild bacteria, that is just a vastly unexplored territory,” he says.