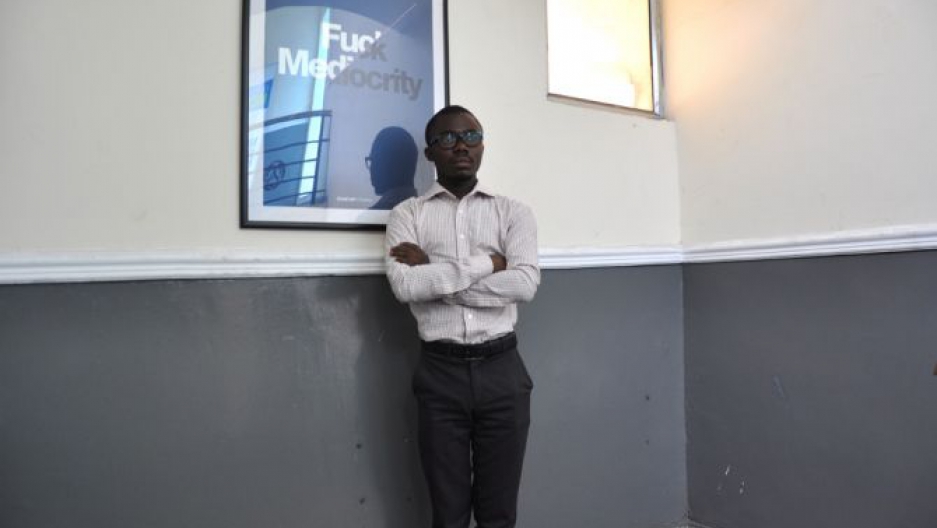 LAGOS, NIGERIA -- Tayo Olufuwa, 23, has taken his future into his own hands by starting Jobs in Nigeria, an online jobs listing service for unemployed professionals. The site now has more than 200,000 users.
Credit: Lauren Bohn
Share

NEW YORK — With little disagreement that the global youth jobs crisis is one of the most pressing issues of our time, problem solvers have begun developing and implementing coordinated solutions.

These range from renewed focus on affordable education to public-private partnerships aimed at closing the "skills gap" to entrepreneurship programs — and combinations of all of the above. Will it be enough to put hundreds of millions of young people to work?

"There's not a solution to this problem," Allen Blue, vice president and co-founder of LinkedIn said during a panel at "Generation Jobless," a solutions-focused conference on youth unemployment held Oct. 24-25 at International House in New York City. "There's a hundred things we can do."

As a reporting fellow at The GroundTruth Project working on an international series on youth unemployment and a millennial myself, I’ve seen friends slave away for multiple degrees, only to end up working outside their chosen fields to pay off the debts they racked up.

Higher education has long been considered essential to a successful career. And the Pew Research Center confirms that a college degree still weighs heavily on the likelihood of finding work, the job type and the wages earned.

At the same time, college is no longer an assurance of employment. In the United States, more than 80 percent of the class of 2014 had no jobs lined up for after graduation, though almost 75 percent of them were actively searching, according to a poll by AfterCollege, a San Francisco-based career network.

This disparity between what you learn and how you earn is why some advocates for youth employment say apprenticeships and vocational education – arming young people with skills the market actually needs – are the way to go.

“There’s people without jobs and jobs without people,” said Nicholas Wyman, CEO of Skilling Australia Foundation, a nonprofit whose goal is to help disadvantaged youth transition to the work force. The key, he said, is to develop a system that bridges the gap between what students learn in school and what companies need from their employees.

As an example Wyman cited Switzerland, where, as Quartz reported last year, a “dual system” of higher education combines traditional academics with on-the-job training. The result is a consistently low youth unemployment rate, which today stands at just over 3 percent, as well as satisfied employers.

“Companies benefit financially from the work of apprentices, value the privilege of employing young people they already know, and see training the next generation as part of their mission,” according to the report.

The same is true for Germany, where the training of young people is viewed as vital to the business community, not a philanthropic gesture.

“This has nothing to do with corporate social responsibility,” a human resources manager at Deutsche Bank told a Quartz reporter. “I do this because I need talent.”

The US has begun to show interest in similar methods. Through the Department of Labor, the Obama administration is investing $100 million in apprenticeship grants to support new programs in emerging fields such as information technology, health care and manufacturing. ConnectED: The California Center for College and Career is one of a number of efforts around the country to provide students with technical training and critical thinking skills that better reflect the demands of the job market.

Apprenticeships and vocational education systems have potential in places where jobs exist but young people lack the skills to work them. “But in environments where there are no jobs,” Skilling Australia’s Wyman said, “what is going to create jobs?”

For a growing number of millennials, the answer is innovation. Startups are becoming the lifeblood of this generation as more young people rely on their own initiative to survive. Almost every conversation I have with anyone remotely my age (I’m 25) will touch on his new idea, her novel business plan or that latest bit of technology that could potentially lead to an income.

Startups play a lead role even among the stories our reporters put together for the GroundTruth series, which we’ve named “Generation TBD” — to be determined.

In Nigeria, 23-year-old Tayo Olufuwa is running an online jobs listing service for unemployed professionals. In Egypt, Ahmed Hamdy, 25, found his first-ever job at the startup Karm Solar, which offers an alternative energy option for Egyptians who live off the electrical grid. In the Philippines, Patrick Dulay helps others help themselves through his company, The Spark Project, which allows local businesses to engage in crowdfunding.

These businesses provide young people not only a means of livelihood but also a meaningful way of life, giving them a critical part in the struggle toward a sustainable future, Wyman said.

“Wealth is not just money,” he said. “Wealth is finding something rewarding and satisfying.”

None of the above – apprenticeships, new methods of education, startups – would be possible without collaborations among different sectors, groups and individuals.

“If we don’t have a coordinated effort to address this, we’re going to have a generation of young people whose future is really not so bright,” said Calvin Sims, president and CEO of International House, a youth-centered nonprofit based in New York City.

The International House hosted "Generation Jobless" in partnership with The GroundTruth Project and other major media partners. At the conference, representatives from corporations, government, foundations and the education sector, discussed the value of collaborating with one another and with the youth in a variety of ways.

"You can't separate K-12 education from the work force," Dane Linn, vice president of Business Roundtable, an association of US executives working to promote sound public policy, pointed out during a panel at the conference.

Blair Taylor, chief community officer and president of the Starbucks Foundation Board of Directors, added that the new paradigm for corporate America is "a win-win-win situation" for society, individuals and companies – a situation that can only be achieved through inter-sector cooperation.

Another example of that kind of coordination is The Global Center on Youth Employment, which again brings together partners from academia, the donor community, the private sector and nonprofit organizations to find solutions to the youth employment crisis. The goal is to use the partners’ varied resources and expertise and to serve as a platform for connecting separate initiatives.

“No one sector can do it alone,” said Cristina McGlew Castro, regional manager for Latin America and the Caribbean for Cisco Systems.

In looking at ways that reform the system, governments and organizations are moving away from pumping money into short-term programs toward developing long-term solutions, Wyman said. Overcoming old stigmas about how things are done, he said, can only push those efforts forward.

“Sometimes [young people] just need a hand up,” Wyman said, “not a handout.”