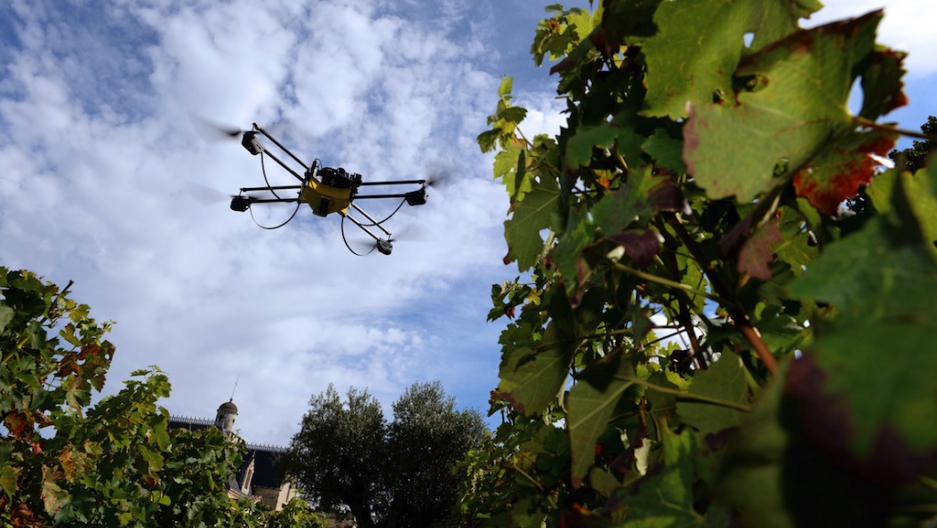 NAIROBI, Kenya — Drones are deadly. They kill people, lots of people, according to the Bureau of Investigative Journalism, which tracks drone deaths. They buzz about the skies over Pakistan, Somalia and Yemen, watching and waiting for the moment when a soldier in a simulator somewhere far, far away presses a button to end a life.

But that’s not all drones do. Unmanned aerial vehicles (UAVs) are taking on a whole host of eye-catching, often frivolous but also serious new roles — none of which involve killing people and some of which might just make the world a better place.

Amazon’s Prime Air and Google’s Project Wing are both experimenting with drones to deliver goods to people’s homes but others are seeking ways to harness the power of drones for public good rather than profit.

Non-lethal drones are a “war dividend,” says Kristin Sandvik, director of the Norwegian Centre for Humanitarian Studies in Oslo and co-author of a recent paper assessing “the transformative potential of humanitarian drones and their possible impact on humanitarian action.”

“People don’t realize how fast things are changing,” says Patrick Meier, director of social innovation at the Qatar Computing Research Institute, adding that drones are only going to become more ubiquitous. “You’ve gone from UAVs costing hundreds of thousands of dollars a few years ago to the price of a cellphone and it’s not going to stop there: They’re getting cheaper, more sophisticated, more autonomous, more intelligent, smaller, lighter and safer.”

Just how small and autonomously intelligent drones might become is something that preoccupies Jonathan Ledgard, director of Afrotech at the EPFL (Ecole Polytechnique Federale de Lausanne) research institution in Switzerland. In his more ambitious moments of “future thinking,” he envisions drones the size of goldfinches fluttering about our shoulders, recording, tracking and monitoring aspects of our lives. Like mobile phones it’s a technology that he says might find quick adoption in Africa.

It’s not all a go, however.

Wary regulators have thrown up roadblocks in Kenya (see "Wildlife protection" and "Cargo drones" below) and elsewhere. And Sandvik worries that military manufacturers will exploit the humanitarian sector in order to expand into new markets while giving themselves a benign makeover. “Something I’m really concerned about is the way manufacturers slap the humanitarian usage label on the drones they want to promote," she says.

Whatever they are used for — whether assassinating people, filming home videos or extreme sports, delivering shopping or alleviating crises — drones are here to stay.

Here are some of the ways drones are making a difference for the better.

An Indian official launches a drone that will protect against rhino poachers at the Kaziranga National Park. (AFP/Getty)

More aggressive-minded animal activists might like the idea of Hellfire-armed Predator drones hunting elephant and rhino poachers, but that’s not what wildlife protection drones are about.

Locating a single poaching incident in a 90,000 acre reserve like Ol Pejeta is looking for the proverbial needle in a haystack. So instead, the drones’ greatest application may be in increasing the efficiency of routine conservation exercises like censuses, or to help direct tourists to less busy parts of the park, thus freeing up armed rangers on the ground to do more of the dangerous work of fending off poachers.

Kenyan authorities have erected regulatory barriers, but as Meier points out: “When innovation overtakes regulation, regulatory bodies over-compensate.” Other countries, such as Namibia and India are embracing the possibilities that drones offer for protecting their wildlife.

“Addressing humanitarian crises is a political question and the drone isn’t going to save us from politics or resource constraints,” Sandvik says, but already drones are starting to go mainstream in humanitarian response.

“It’s early days but we’ve seen actual deployments over the last couple of years. It’s a no-brainer: they literally save lives,” says Meier, who founded the Humanitarian UAV Network, or UAViators. In November, the United Nations headquarters in New York is playing host to a meeting of policymakers, manufacturers and aid workers to discuss applications of humanitarian drones.

“There are a couple of dozen humanitarian organizations that I’ve talked to that are either operationally deploying UAVs or piloting them or actively taking steps to see how they might do that in the future,”  Meier says.

Post-disaster reconstruction and public health assessments, crisis mapping (see below) aid delivery, search and rescue missions, and human rights surveillance are all ways that drones can be used. In some cases they add a new layer of detail and nuance to the kind of satellite imagery that has now become commonplace and, in others, getting physical material to places too difficult or dangerous access.

An Italian-made surveillance drone belonging to the UN's MONUSCO peacekeeping mission in the Democratic Republic of Congo. (AFP/Getty Images)

In December 2013 the UN deployed its own surveillance drones for the first time in eastern Democratic Republic of Congo. The region’s intractable conflict and impenetrable jungles full of countless militias, small and large, has stretched the world’s biggest peacekeeping mission beyond its limits.

The five Selex-ES Falco drones patrol the border looking for illegal arms shipments or troop movements. Over the forests they seek out militia encampments to help direct the actions of UN peacekeepers and the Congolese army. On one return flight in May, a UN drone by chance spotted a sinking ship in Lake Kivu and a rescue boat was sent saving the lives of 17 people.

Some aid agencies have been leery of the drones, rejecting an offer of sharing data for fear it could compromise their impartiality. But the UN Department of Peacekeeping Operations believes they have been a success. Eastern Congo was the guinea pig and now drones are being used in Mali, are due to be deployed in Central African Republic and there are plans to use peacekeeping drones in other missions around the world.

Aid agencies are considering using drones to get emergency supplies into disaster zones (see “Humanitarian responses” above) but others are looking at more everyday applications, using drones to leapfrog the lack of infrastructure in developing countries. One such project is called the “flying donkey,” named by Ledgard after he tried to explain flying robots to an elderly pastoralist in northern Kenya: eventually the old man got it. Laughing he said, “You want to put my donkey in the sky!” A beast of burden reliably plodding through the air.

Afrotech’s plan to pilot a design challenge in Kenya to create drones carrying “medium-sized loads over medium-sized distances to medium-sized towns” in November has been stalled by the country’s jittery regulators but Ledgard is pushing ahead in neighboring countries.

“My goal is to help set up the world’s first commercial cargo drone route in Africa by 2016,” Ledgard says. The first cargo will be bags of life-saving transfusion blood carried about 50 miles, but Ledgard says the drones will grow and evolve to carry larger loads of 44 pounds or more over hundreds of miles, supplementing not supplanting the ragged road network.

Residents walk toward their destroyed houses in the central Philippines after super Typhoon Haiyan. (AFP)

In the aftermath of Typhoon Haiyan that hit the Philippines in November 2013, small quadcopter drones helped aid workers spot where to set up camp and where help was most needed, while fixed-wing drones gathered aerial imagery to make super-detailed 2D and 3D maps of the typhoon’s impact on the devastated city of Tacloban.

The drone mapping sped up the emergency response helping aid workers get help where it was needed faster. “Tacloban is where [humanitarian] drones proved themselves useful,” Sandvik says.