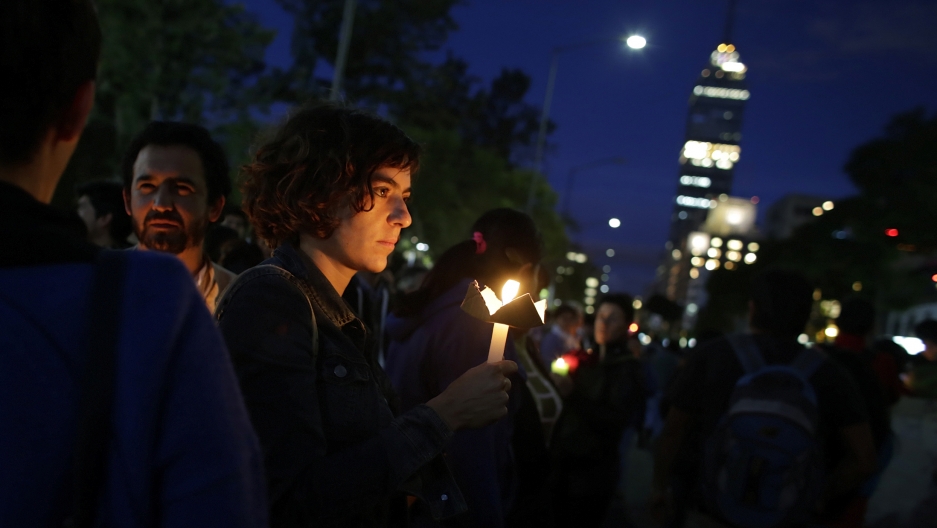 A demonstrator holds a candle during a protest to demand information about the 43 missing students of the Ayotzinapa teachers' training college, in Mexico City October 22, 2014.

Over the last six months, the news has been dominated by an onslaught of depressing headlines.

Almost every week, stories about a scandal, a war, a disease, climate change, income inequality and a shaky economic recovery have dominated the news cycle, giving us all reasons to be terrified. But a new website, ourworldindata.org, provides a much needed analysis about the good news out there.

Max Roser, an economist at the Institute for New Economic Thinking at Oxford University, is the creator of the Our World In Data website. And while it may seem like the world has gotten worse over time, Roser's data suggests that good things are happening, even if they take a bit of time.

Roser says things skew towards the positive side when examining long term global trends on health, access to food and even violence.

“We live in a much more peaceful and inclusive world than our ancestors of the past,” he says. “The news is very much focused on singular events. All of these trends that I’m looking at are slow changes that happen over decades, or sometimes even centuries. These developments never have a ‘now’ moment that would make them interesting for news that is following current events.”

With wars raging in Syria, Iraq, Ukraine, South Sudan and elsewhere it's hard to beleive that war deaths are actually declining at a rapid pace. Here's a look at how far we've come since World War II:

Malaria has taken a deadly toll on countries near the equator but there's been some good new on that front over the last ten years:

Thanks to the industrial revolution and the surge in computers in the workplace people are working less than they used to.

And the world is less poor than ever but as Dr. Roser notes, income inequality in the richest countries is rising.

A look at homicide rates shows the world used to be a much more dangerous place:

The world is also more democratic.

Here's a graph showing the number of people living in different political systems.