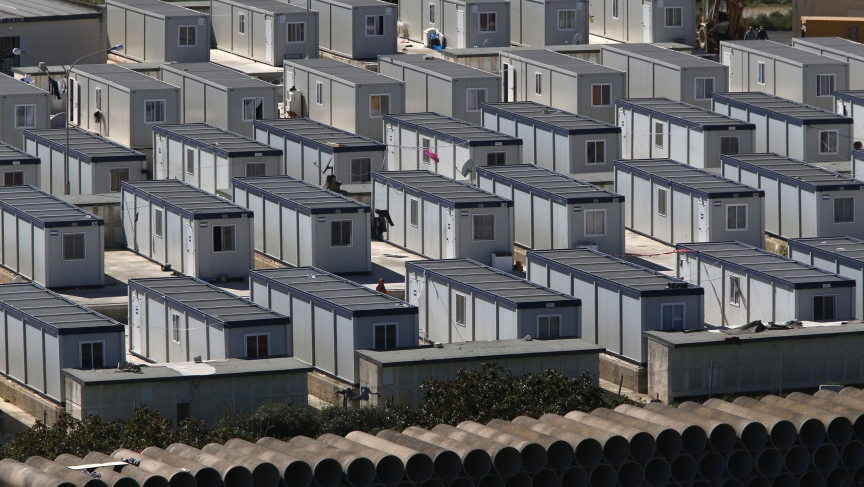 African immigrants walk among rows of prefabricated container houses, which have replaced scores of tents, at the open centre for immigrants formerly known as "Tent City" in Hal Far, outside Valletta March 27, 2014. In 2013

Think of a refugee camp and you're probably thinking of messy temporary lodging and throngs of displaced people. But Ken Banks, founder of Kiwanja.net and FrontlineSMS, says that refugee camps are surprising hotbeds of innovation.

"Many refugee camps, although they are initially set up to be temporary spaces to house people, they often become almost permanent," he says. "And with that comes a whole host of problems." Those problems, he says, spark innovation. 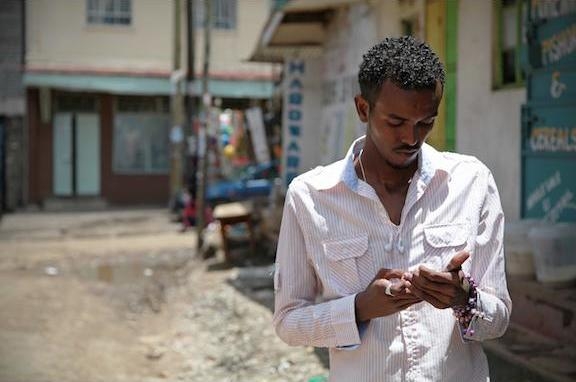 An outreach volunteer for Refugees United helping to register families in Nairobi, Kenya.

Banks says the focus in these refugee camps is on basic needs at first — where the refugees can get water and food. "But if months and years go by, then other things become an issue as well: things like longer-term health care, education and finding people's families," Banks says.

At a refugee camp in Uganda, refugees fashioned home-made bicycles out of wood, so they could transport goods, according to SciDev.net. In a Congolese refugee camp, a DJ launched his own radio state for the camp, taking old electronic parts and fashioning them into an improvised transmitter.

Refugees have also taken on a crucial role in the fabrication of MakaPads, a biodegradable sanitary napkin made from recycled office paper and papyrus that was designed to be more affordable for not just refugees, but people across Africa.

Banks gives the example of a refugee camp in southwest Algeria. As the camp there grew, getting food to refugees became challenging and complex. "The number of food distribution points grew from about 27 in 2010 to over 116 today," he says.

That's where mobile technology came in handy. "[It allows] organizations to communicate more effectively," Banks says, "and it helped these organizations to figure out better ways of delivering food and allow[ing] refugees in the camp to keep track and find out where these food trucks are going."

Banks says that many technologies that are created in refugee camps have uses outside. He points to a system that Refugees United has developed to help reconnect lost family members.

"People get lost and separated in all walks of life, in all countries ... so technologies which allow people to find lost loved ones, children who go missing are just as relevant to them as any one else," he says.

Meanwhile these technologies aren't necessarily for use in crisis situations. 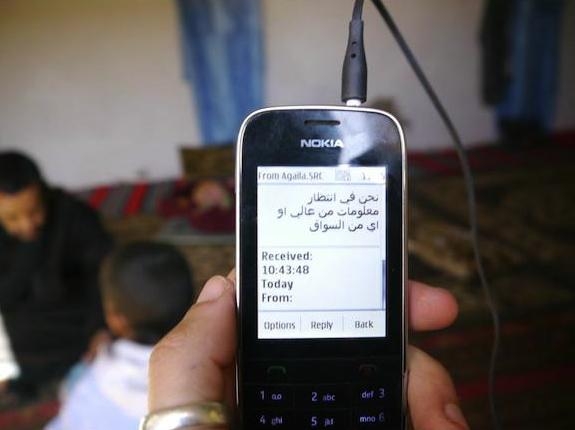 An incoming text details the status of trucks leaving a distribution center.

"We might use SMS and mobile technology to track our Christmas presents or our parcels that are being delivered to our houses. It's very similar technology to the ones being used to deliver food aids to refugees in camps."

He says in a lot of cases, the innovation is coming from outside companies who see a need in the camps.

But as the refugee camps turn into a permanent home for the refugees, they come up with ways to solve problems they face every day.