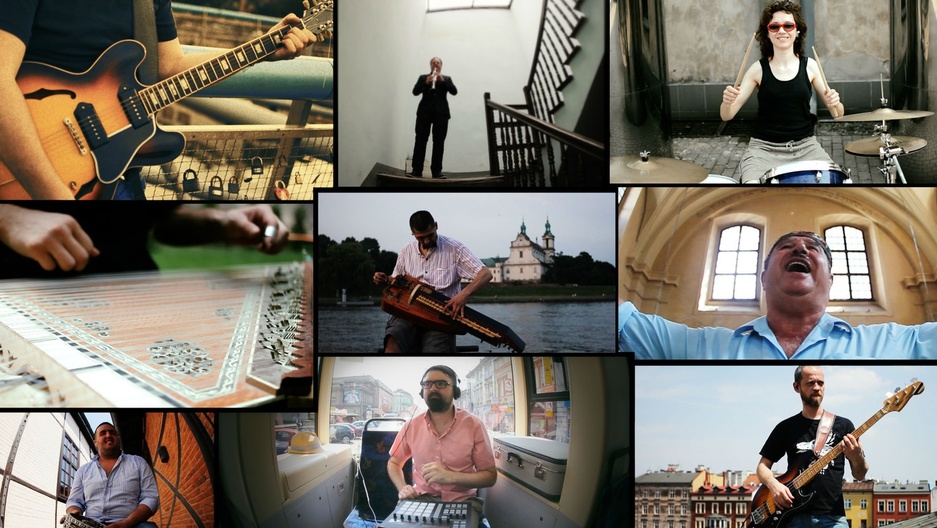 If YouTube had an A&R genius, his name would be Kutiman. The Israeli musician and video editor, whose real name is Ophir Kutiel, charmed millions in 2009 with Thru You, an album of music he created by selecting YouTube musicians' videos and layering them into new tracks. Earlier this month, Kutiman released Thru You Too. The novelty has worn off, but the new record shows that Kutiman's method was never just a gimmick: he makes terrific songs that happen to use videos as his instruments.

The idea came to him while watching an instructional drumming video featuring the famed session drummer Bernard Purdie. "Apparently he's the most amazing drummer in the world, and I didn't know," Kutiman says. His first intuition was to write bass and guitar parts to accompany Purdie, but he ended up finding other music on YouTube that gelled with the drums. He kept layering samples and videos until he ended up with "The Mother of All Funk Chords." His art form had found him.

On Thru You Too, Kutiman is still sampling and layering, but his focus is now is more on the songwriting. "The first one was more about the concept and I tried different genres," he says. "This time I really felt like creating this album of ballads, of singers, trying to make people forget it's coming from YouTube." His sophomore effort hasn't garnered nearly as much press, but his fans stayed loyal: the album's first single, "Give It Up," hit a million views shortly after being uploaded last month.

Kutiman's work violates YouTube's terms of service, but no one seems to mind. It probably helps that he doesn't make any money from the project. "It's not for the money," he says. "I earn my living producing, playing, and performing." Since becoming internet-famous, he has directed a Maroon 5 music video, performed at the Guggenheim Museum, and collaborated with PBS Digital Studios to create "Thru Tokyo" --- a live version of the mash-up form he perfected from his bedroom. Together, the various gigs pay for the groceries. "I don't eat much," says Kutiman.