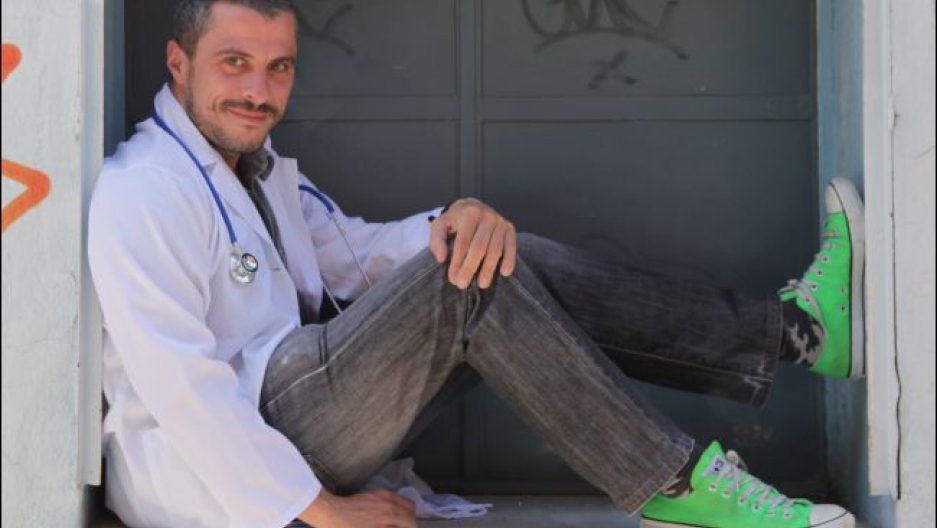 "Anything is better than what we have right now.”
Credit: Koren Helbig
Share

MADRID, Spain — Pop into the medical center where Fernando Caudevilla works by day, a public practice in this city’s southern Carabanchel neighborhood, and he will appear to be just a regular family physician, all crisp white coat and reassuring advice.

Just 20 minutes across town in a swanky private practice near the Prado Museum where Caudevilla spends his afternoons, however, the atmosphere is markedly different.

Publications like Cannabis Magazine and “Ecstasy: The Complete Guide” line the bookshelves. Caudevilla occasionally props open his office window to suck down a cigarette.

Here, most of his patients are drug users.

The fit 40-year-old, his left ear studded with a small silver piercing, has specialized in illegal drugs since graduating from medical school 15 years ago. Last June, he stumbled across Silk Road, an online marketplace for illegal drugs on the “deep web”— sites that aren’t indexed by standard search engines — and abruptly created an alter ego: Dr X.

Under his pseudonym, Caudevilla began freely doling out advice on the risks and benefits of almost any drug imaginable.

“They ask me many different things,” he says. “What’s the best way to use a certain drug? I have a health problem, can I use this drug? I’m taking this prescription drug, can I mix it with this?”

Made possible by anonymous internet browsing and anonymous money transfers using the alternative currency Bitcoin, Silk Road was shut down by the FBI last year.

Silk Road 2.0 promptly materialized along with a host of other imitation sites. An April report found the online trade in illicit drugs is now bigger than ever.

Caudevilla, who’s been described as the Roger Ebert of illegal drugs, exploits the popularity of deep web forums to connect with drug users disenfranchised by the traditional medical system.

He says his work is aimed at making drug use less risky. Caudevilla is critical of the catch-all “say no to drugs” prevention model, arguing that it alienates drug takers.

He praises the drug forums for helping break taboos and offering reliable information.

“We have to cover both sides: the negatives like addiction, dependence, problems with purity, health problems, but also the positive aspects,” he says. “We don’t say: ‘Don’t take this drug.’ We say: ‘If you are going to do this, you have to know these things.’”

This year, Caudevilla stepped his activities up a notch.

After years working with Energy Control — a Spanish non-profit laboratory that tests the purity of illegal drug samples collected by volunteers at raves and parties — he opened the lab to donations from around the world in April and began receiving drugs from all corners of the globe.

“About 50 or 60 percent come from within Europe, but we’ve had some from the United States, Australia, Japan,” he says. “We received 70 samples in four months and we had 20 different types of drugs — cocaine, heroin, LSD, ecstasy, ketamine, speed, methamphetamine, synthetic cannabis, methadone, even some prescription drugs.”

Cocaine is most often adulterated. It’s cut with caffeine or, more dangerously, the anti-parasite drug levamisole, which has appeared in 30 to 50 percent of all samples analyzed by Energy Control and other testing facilities.

A 2013 Energy Control report found 38 percent of pills sold as ecstasy didn't contain any of the drug.

Although Caudevilla’s work has attracted criticism from opponents who argue he’s simply promoting drug use, calls for more education and less prohibition are growing.

Among the proponents, David Caldicott, an emergency medicine specialist in Australia, advocates a stronger focus on harm minimization.

“Young people don’t use these drugs because they want to rebel or they want to be naughty,” he told ABC radio last month.

“They use these drugs because it makes them feel great, and that’s where the dialogue in preventing people from using drugs needs to start. If you tell them that they’re naughty or that what they’re doing is merely illegal, they will laugh at you.”

While Caldicott supports tightly controlled legalization of medical marijuana, Caudevilla believes in more widespread legalization. He says that would ensure minimum levels of purity, safeguarding users from toxic adulterations, and prevent dealers from cooking up new drugs with untested risks and toxicity levels.

“The more dangerous a drug, the more reason to make it legal, to make it controlled,” he says. “We have tomatoes, tobacco and antibiotics — they’re all legal products, but each one is available in different ways.”

“Legalizing drugs doesn’t mean you’ll be able to buy cocaine everywhere,” he adds. “Each substance would have a different status.”

Most governments continue to balk at calls for widespread legalization, except in Uruguay, which last December became the first country to legalize cannabis production, sales and consumption.

Drug decriminalization seems more likely. That already exists to an extent in Spain, where marijuana can be grown and consumed for private use, an allowance that’s fuelled the development of hundreds of members-only cannabis clubs, especially in Barcelona.

Although buying and consuming pot in public is illegal, it’s punishable by a fine rather than jail time. Only selling is considered a crime.

In July, the World Health Organization made a discreet but clear call for countries to consider decriminalizing drugs, including injecting drugs. The move surprised observers, not least because another influential global organization, the UN, follows a longstanding policy advocating the criminalization of drug use.

“Prohibition is a moral experiment that we started in the 1920s,” he says. “We’ve spent 80 years with wrong drug politics. Anything is better than what we have right now.”