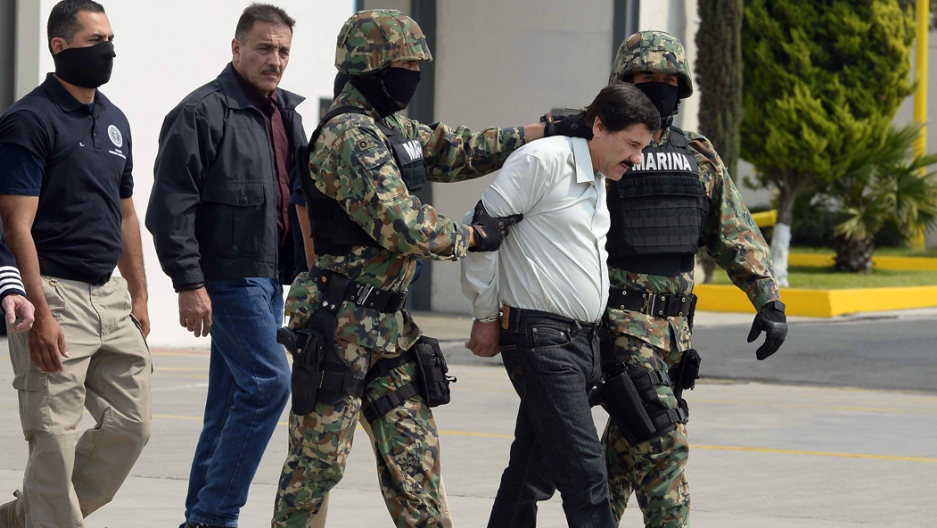 But more than two years into his mandate, Mexican security forces have caught or killed the heads of most major cartels, shaking up the drug-trafficking world.

More from GlobalPost: The worst massacres and mass graves in Mexico’s drug war

Despite the takedowns, Mexico continues to face major gang violence. In one tragedy, last September, 43 students went missing all at once in the southern city of Iguala. Officials believe that corrupt police working with cartel hitmen made them disappear by killing them and burning the bodies.

GlobalPost looks at which cartel capos have been taken down and who remains at large. Their alleged cartel allegiances and crimes are detailed in indictments and charges, although they have not yet been convicted following the recent arrests. Servando Gomez was No. 2 to the late Nazario Moreno in charge of the Knights Templar gang. Now on top of the cartel famous for meth trafficking, he’s considered less bloodthirsty than his late boss. He craves media attention and has given interviews to TV stations as well as releasing many of his own videos on YouTube. In some of those clips, he’s shown with public officials, causing scandals that rock his Michoacan state. Months of intelligence work led police to seize numerous properties in Michoacan's state capital Morelia and arrest people suspected of links to Gomez. Then, on Feb. 27, police announced the capture of Gomez, at that point Mexico's most wanted man still at large.

Peña Nieto’s first major narco arrest came seven months into his mandate in July 2013. Miguel Angel Treviño, 43, was head of the Zetas, responsible for many of the worst massacres and atrocities in Mexico’s drug war. He also laundered money into the United States in stables with award winning racehorses. Officials arrested him in the middle of the night without firing a shot, reportedly when he was visiting his newborn baby. Treviño is imprisoned in Mexico awaiting trial. The president’s biggest prize of them all came in February, when Mexican marines nabbed Joaquin “El Chapo” Guzman, a 5-foot-6-inch 57-year-old who was the most notorious living gangster on the planet. Guzman had been a hunted man since he escaped from a high-security prison in 2001 and was blamed for starting bloody turf wars all over Mexico, which led to a horrific spiral of violence. While on the lam, he married an 18-year-old beauty queen in 2007 and she gave birth to twins in a Los Angeles hospital. Despite being considered the “Public Enemy No. 1” in Chicago as well as Mexico, he was caught in an apartment in the seaside resort of Mazatlan with his wife and a single bodyguard. Guzman is in prison in Mexico, awaiting trial, while the United States has also filed an extradition request for him.

While still celebrating Guzman’s arrest, in March news broke that Mexican marines had shot dead Nazario Moreno, 44, in the drug war-battered southwestern state of Michoacan. A huge force of vigilantes also hunted Moreno, who trafficked crystal meth, wrote his own bible and was venerated by his Knights Templar followers like a saint. His killing was an embarrassment to former President Felipe Calderon, under whom federal police also claimed they had shot “El Mas Loco” dead in 2010, although they never retrieved a body.

While Hector Beltran Leyva sported nice suits and posed as an art dealer he was the head of a cartel blamed for brutal crimes, such as the massacre of the family of a marine at a wake. He also might have been linked to an attack on US agents. Soldiers arrested Betran Leyva this October while he was eating seafood in the quaint town of San Miguel de Allende, the haunt of American expats and Hollywood stars. Beltran Leyva is in prison in Mexico, awaiting trial. Soldiers and federal police caught the Juarez cartel boss earlier this month in the midst of national outrage over the Iguala attack on students. Vicente Carrillo Fuentes inherited the cartel leadership from his brother, who was known as “Lord of the Skies” because of he used a fleet of Boeing 727 airliners to transport cocaine. He led a ruthless group of killers called La Linea and was also said to work with a US prison gang, the Barrio Azteca. More than 9,000 people were murdered in Ciudad Juarez between 2008 and 2012. Carrillo Fuentes is in prison in Mexico, awaiting initial proceedings.

Ismael Zambada, at 66, is the oldest major drug lord and is reputed to be an old-school trafficker who prefers business to bloodshed. He’s a longtime ally of Joaquin “El Chapo” Guzman and while Chapo was internationally known, many Sinaloan gangsters actually profess their first loyalty to the capo known as “The King.” In 2011, he appeared on the cover of Mexico’s top news magazine Proceso after inviting its most famous journalist to a meeting in a secret location. In a brief interview, Zambada said he had been close to being arrested several times. The magazine sold out within hours of hitting the shelves.

Juan Jose Esparragoza has been careful about getting too much media notoriety but is also considered a top-rank drug trafficker, and a contemporary of Zambada at 65 years old. His nickname, “El Azul” (“Blue”), is said to reflect the dark complexion of his skin. A still from a video of masked alleged members of the Jalisco New Generation Cartel holding supposed local kidnappers. (YouTube)

Nemesio Oseguera is considered a rising star in the drug-trafficking world, controlling the strategic state of Jalisco in the heart of the country. In 2011 he headed death squads against the Zetas. The Jalisco cartel has historical links with the Sinaloans and is believed to work closely with them. However, Oseguera is originally from Michoacan state and the Jalisco cartel is also expanding there following the demise of the Knights Templar gang.