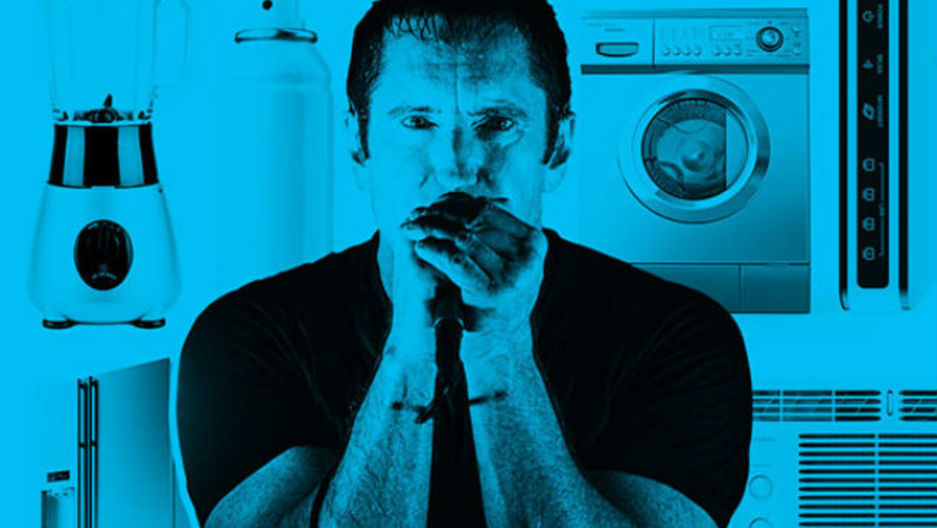 This week in "Thanks, Internet" --- David Bowie gets jazzy, Trent Reznor gets quizzed, an Australian conquers the Uncanny Valley, a stick figure conquers his creator, andJimmy Fallon has a little too much fun.

David Bowie dropped a new song this week. Now, he dropped an entire album last year -- but this tune sounds a lot more interesting than that full-length. "Sue (or In a Season of Crime)" will be featured on the master's upcoming compilation album, Nothing Has Changed. Theseven plus minutes of big-band jazz won't feel out of place alongside "Rebel Rebel," "Ziggy Stardust," and "Fame," and that's saying a lot.

Trent Reznor and Atticus Ross have been making arresting music for David Fincher films for years now. Not to knock their Oscar-winning work, but sometimes the scores do bear a resemblance to household appliances in a bad mood. A quiz from Vulture, "Is This a Clip From a Trent Reznor Score or a Household Appliance," presents samples fromGone Girl, The Girl With The Dragon Tattoo,andThe Social Network soundtracks alongside sounds of fridges, vaccuum cleaners, and microwaves. Trent, who seldom tweets, voiced his approval.

3. The Results Are Uncanny

A freelance animator in Australia may have solved a problem Hollywood effects houses still haven't: how to animate humans realistically without creeping us out, the effect known as the Uncanny Valley. Chris JonesmadeEd, and Ed is still just a head, but what a head! Can't wait to see how the rest of him turns out.
Thanks, Eric!

Technology is going to turn on us -- it's just a question of when. AnimatorAlan Beckerhas already fallen prey to one of his own digital creations. He drew a stick figure that came to life and infiltrated his computer monitor, iPhone, Facebook, and animation interface. Enjoy your popcorn, for now.