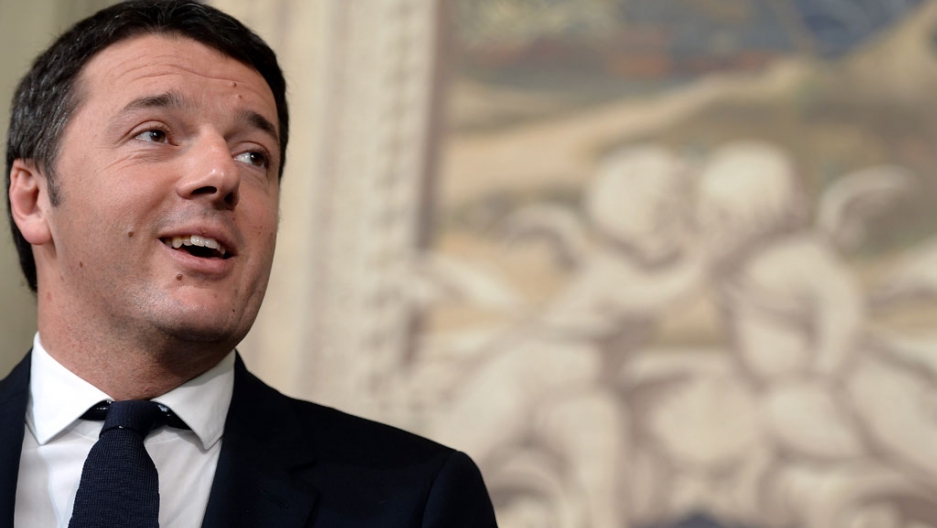 Man with a plan: Italian Prime Minister Matteo Renzi has teamed up with French President Francois Hollande to demand that the EU relax demands for austerity.
Credit: Filippo Monteforte
Share

LISBON, Portugal — When the European Union's head office starts putting out statements saying "there should be no doubt that Europe will continue to assist Greece in whatever way is necessary," it's a clear sign something bad is happening.

This week, Europe's markets have been hammering Greek stocks and bonds like it’s 2009 all over again.

That's prompting fears that the euro zone's weakest link could become the catalyst for another deep, dark crisis for the European currency bloc.

"Stocks, rates, oil: the great fear returns to the markets," headlined the French daily Le Monde on Friday as the jitters spread beyond Athens to shake indexes across Europe and beyond.

The prospect of political instability in Greece is just one of the factors spreading panic to the markets.

Also in the mix are stagnant economies across the euro zone — even in previously immune Germany — as well as worries of a global slowdown heightened by falling oil prices, the east-west standoff over Ukraine, Ebola and chaos in the Middle East.

Then there's a looming policy split among the euro zone's big hitters as France and Italy kick back against years of German-inspired austerity.

Markets calmed on Friday, but no one's sure if the burst of volatility was a temporary squall or the harbinger of euro zone crisis 2.0.

Greece was both tripwire and principle victim of this week's turmoil.

Already nervous, traders were spooked by concerns that the coalition of conservatives and socialists that has just about held the Greek government together over the past two years could be forced into early elections next year.

Polls show a vote would bring victory to the far-left Syriza Party, which wants to tear up agreements with Greece's international creditors and divert the economy along a radical leftist path — even at the risk of ejection from the euro zone.

Aiming to head off the Syriza threat, Conservative Prime Minister Antonis Samaras wants Greece to exit its $300 billion rescue program with the European Union and International Monetary Fund at the end of the year, which would give the government more freedom to set its own economic policy.

Many economists warn that's premature and have raised doubts about Greece's ability to fund a national debt that, at 175 percent of economic output, is proportionally the highest in the world.

As panic blew through markets this week, the benchmark rates Greece has to pay to maintain that debt soared to 8 percent, more than 10 times what Germany pays.

It was the widening spread between Germany and euro zone periphery countries that drove the debt crisis that wiped out a quarter of Greece's economy since 2008 and spread recession across southern Europe.

"Greece has made immense progress in creating a basis for a sustainable growth model, based on sound public finances," he said. "There is strong evidence that the country has now turned a corner."

The EU's economic problems go way beyond Greece, however.

Figures released by the 28-nation bloc on Friday actually showed a big increase in the size of economic output — but that was down to a new calculation method that, among other things, takes into account the contribution of prostitution and illicit narcotics sales.

In reality, growth is flatlining.

Germany's economy shrank in the second quarter of this year. Italy is already in recession. France is recording zero growth.

"We are in a very delicate moment in terms of the international economic and financial situation," Italian Prime Minister Matteo Renzi said Thursday.

He also proposed a solution. "Europe has to show itself capable of producing an economic response based on investment in growth and not only on rigor and austerity," he added on the sidelines of a Europe-Asia summit in Milan.

The Italian premier has teamed up with French President Francois Hollande to demand that the EU relax the budgetary rigor imposed in response to the crisis and embark on a more expansionary path.

The center-left governments of both France and Italy this week announced tax-cutting budgets they hope will stimulate the economy.

France in particular has thrown down the gauntlet to the euro zone's financial authorities, saying it won't stick to an agreement to bring its budget deficit down to 3 percent by next year.

"France must be respected, we're a big country and we won't accept lectures in good management,"
Prime Minister Manuel Valls said last week. "It's for us to decide our budget. The only thing we're asking the Europeans is to take into account the reality affecting us all, the crisis undermining the euro."

Austerity advocates, particularly in northern Europe, have been quick to criticize the French and Italian plans, but budgets in Paris and Rome belie traditional cliches about spendthrift southerners and tax-and-spend socialists.

The French budget contains a record $27 billion in cuts, mostly in health care and family support. Italy will reduce spending by $19 billion. However, the savings will be matched by reductions in revenues as both countries seek to stimulate investment by reducing companies’ tax burdens.

Renzi and Valls have also launched reform programs to free up the economy, provoking anger from interest groups and left-wing critics.

In return, they’re hoping the guardians of austerity will cut them some slack.

She told parliament in Berlin that those rules setting targets for low deficits and falling debt must be "the central anchor for stability and, above all, for trust in the euro zone."

More from GlobalPost: This celebrity scientist wants Germans to stop recycling. Here's why

That’s setting the stage for a potentially damaging clash when EU leaders meet for a summit in Brussels next week as the bloc's headquarters decide whether to accept the budget plans of all 18 euro zone members.

Given the discord among Europe's leaders amid a backdrop of global tensions and a euro zone economy facing long-term stagnation, it's small wonder markets are nervous and prone to panic at signs of a possible sudden crisis, even in a small country like Greece.

"Greece can be ring-fenced rather quickly," says Jens Bastian, an Athens-based financial analyst, referring to EU support mechanisms set up after the 2009 crisis. "Greece is not going to create that kind of profound crisis anymore, but Greece can still be a trigger for uncertainty."