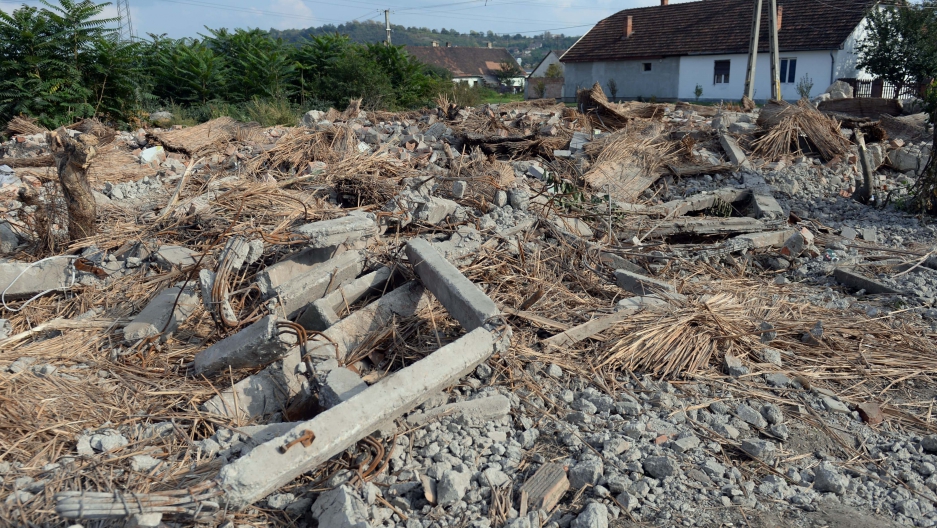 BERLIN, Germany — When Hungary joined the European Union in 2004, Aladar Horvath hoped it would finally put an end to discrimination against the Roma.

A decade after Hungary’s EU accession, Horvath says the Roma’s plight in his country has only deteriorated.

More from GlobalPost: 14 unbelievable racist things politicians have said about the Roma

“Even the best program can fail because of the society’s prejudices,” says the veteran civil rights campaigner, who started the Hungarian Roma Party before parliamentary elections in April.

The EU funneled around $100 billion to the Czech Republic, Hungary and Slovakia between 2007 and 2013 for economic development programs to benefit the Roma, including investments in low-income housing and school infrastructure.

Under EU policy, however, none of that funding was earmarked for specific schemes, so only a slim fraction was spent directly on the Roma.

Deeply held prejudices and systemic flaws have reduced the effectiveness of even that limited share despite bright spots such as a Hungarian effort to train and employ Roma women, a Slovakian program to fund teacher training and a Czech scheme to certify “ethnic-friendly employers.”

In a typical example, a Hungarian plan to target so-called “least developed micro-regions” resulted in the mushrooming of small towns where local elites captured development funds, Horvath says, while the Roma remained in isolated outlying villages.

“These villages are said to be dead, but they aren’t,” he says. “The cheapest apartments are here, so the Roma moved here, too.”

Social injustice has risen markedly in the majority of EU countries since the economic crisis began in 2008, according to a recent study by the Bertelsmann Foundation. Discrimination and social divisions have increased especially quickly in the Czech Republic, Hungary and Slovakia, where the Roma face “systemic discrimination.”

In Slovakia and the Czech Republic, enrolling Roma children into classes or separate schools for students with “special needs” remains a significant problem despite recent landmark court rulings against segregation in both countries.

Hungary in particular appears to be moving in the wrong direction. Observers say that’s because the popularity of anti-Roma rhetoric and policies outweigh influence from Brussels.

The number of segregated, Roma-only schools has increased from 128 in 1997 to more than 300 today, Horvath says.

Geographical segregation has also increased as the deteriorating job market and cuts to social spending have combined to drive Roma into isolated “islands of poverty,” says Budapest-based researcher Attila Agh, who worked on the Bertelsmann study.

“There are villages where 90 percent of the population is Roma, and there are more and more of these poverty islands in Hungary in general,” he said in an interview.

Hungary questions such assertions, saying that segregation is decreasing.

Still, the government isn’t satisfied with the current level of Roma integration, says international spokesman Zoltan Kovacs, citing the historical legacy of the fall of communism on top of centuries of discrimination.

“We were the first in the EU to submit a Roma strategy,” he said. “We have been cooperating with the Soros Foundation and charity organizations all over the country. And there has been a series of visible results showing decreasing segregation.”

Kovacs cites Prime Minister Viktor Orban's public works scheme, which he argues has provided jobs for 50,000 Roma and more than 300,000 Hungarians overall. Under the program, participants earn around twice the amount they would receive in welfare benefits for working or attending training programs, he says.

“We are trying to orient these people to have jobs,” he said.

Bertelsmann's Agh disagrees, saying that in practice, welfare reform has worsened conditions by reducing the benefits recipients can receive.

“Now, the only way to get some money is through these public works, which aren’t available for 12 months [of the year],” he says.

Although Orban's Fidesz Party raises the problem of Roma integration at the national level, its message becomes increasingly confused as it filters from Budapest to the countryside.

Meanwhile, the growing popularity of the far-right Jobbik Party is putting more pressure on Fidesz to drift further right.

In municipal elections over the weekend, Jobbik won seats in nine cities, up from just three in 2010.

With Fidesz, Jobbik and a third party all neck and neck, she says, the Roma community “is really scapegoated and used for political reasons.”

Before this weekend's elections, Deputy Mayor Gyula Schweickhardt launched a popular scheme to demolish a Roma-dominated neighborhood characterized as a slum to make way for a soccer stadium. The evicted residents will receive money to buy new homes — but only outside the city, and only if they don't return for five years.

“There's a social and economic interest in providing an ideology that allows the middle class to get rid of the poor,” Horvath says, “starting with the Roma.”