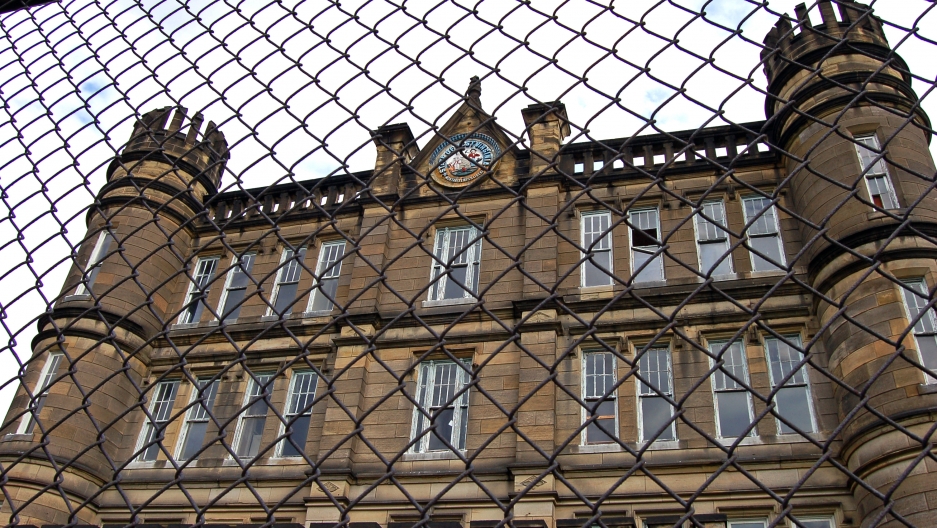 The United States has been rethinking its juvenile justice system since the late 1990s. As a result, the national youth incarceration rate has dropped dramatically in almost every state over the last 15 years — except in West Virginia.

While the US has cut its juvenile incarceration rate by half, West Virginia's rate is 42 percent higher than the rest of the country. The Mountain State has also seen the largest increase in youth incarceration since 2001.

Dana Goldstein wanted to find out why. She's the author of "The Teacher Wars: A History of America's Most Embattled Profession" and a staff writer for The Marshall Project, where she covers the school-to-prison pipeline. Her latest investigation, "No Country for Young Men," tells the story of Junior Smith, a young man from Philippi, West Virginia, who got caught up in the juvenile detention system at the age of 17.

Having more police officers within the school system means that students have more contact with law enforcement officers. As a result, students like Junior Smith often face harsher consequences for minor infractions.

“A violent fight between two young men is going to be a problem at any school,” Goldstein says. “But what I saw in West Virginia as I worked on this story over the course of several months is that the schools have, in many cases, just outsourced discipline to these county police officers. When that happens, a type of scuffle between two young men that a principal might deal within another setting can sometimes get referred straight to a judge.”

Goldstein says Junior Smith first came into contact with law enforcement officials after he was caught drinking alcohol as middle school student. Many of Smith’s problems, which Goldstein characterizes as minor infractions, were driven by substance abuse.

“The most serious thing that happened to him was that he walked into the unlocked garage of a neighbor,” she says. “He said that he was looking for a six-pack of beer. He didn’t find one and he didn’t actually enter the house. But after this, he did get put into a court supervision period.”

While Smith was under court supervision, Goldstein says he got into a “scuffle” with another boy in school. She says there was no lasting injury to either person, but the incident was reported to the judge involved in Smith’s case.

“He was, at that point, incarcerated,” she says. “He waited three months for a hearing — not the sort of due process that we’re used to in the adult system. When he finally did have a hearing, he was sentenced at age 17 to be incarcerated until the age of 21."

Goldstein says Smith lacked a school support system. After initially committing some minor offenses, the boy did not receive family therapy, substance abuse treatment, or other counseling services that may have helped him stay out of the justice system and in school.

The rural nature of West Virginia leaves parents of troubled kids — and the judges who see those kids in their courts — with few options for treatment or therapy in the community, Goldstein explains. These teenagers are often incarcerated so that they can receive the help they need.

Kathy Smith, Junior’s mother and a nurse in West Virginia, was shocked by Junior's situation. “His parents were very eager to help him straighten out,” Goldstein says. “What they found is that in their very remote and rural part of West Virginia, there could be a three-month waiting period for an out-patient drug treatment program.”

Smith decided to take to take action after she saw what happened to her child. "Ultimately, after his mom became an advocate and he showed good behavior within the juvenile facility, he was let out after 13 months" of the nearly four-year sentence, Goldstein says.

A preferable outcome might have been a period of probation. "Probation is a period of time in West Virginia and many other states where a juvenile might receive services to help them get back on track in school and life," Goldstein explains.

But she says West Virginia’s strict anti-truancy laws have overloaded the system. If a student in the state misses five days of school in a given year, she is put on probation. Since absentee students often compile a large majority of probation programs, students like Junior who may be struggling with substance abuse issues are pushed out.

West Virginia is also one of the most mountainous and remote states in the nation — not to mention one of the poorest — which places yet another hurdle between at-risk youths and the vital programs designed to help them.

Goldstein adds that probationary services not only help at-risk students but taxpayers as well.

“It costs $80,000 to $100,000 per year to incarcerate a kid like Junior,” she says. “It’s maybe $33,000 per year, research shows, to give him the services that are going to be more effective in preventing him from becoming an adult offender down the line.”