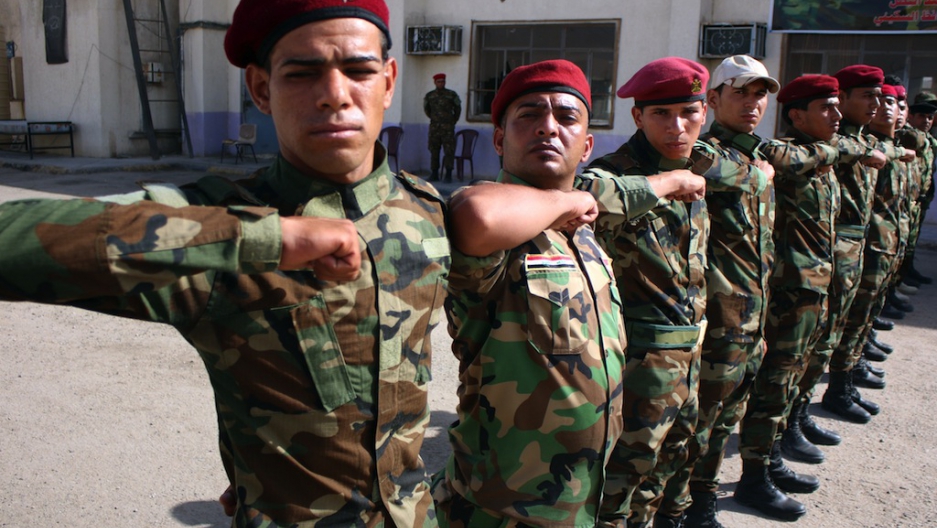 As the new Iraqi government grows more dependent on US air strikes and military aid to defeat Islamic State (IS) jihadists, the country’s most revered Shia cleric, Grand Ayatollah Ali al-Sistani, has emerged as an important voice of moderation.

Sistani called on the Shia-led government to keep Iraq united and reconcile with Sunnis. But he has also forcefully declared that foreign powers should not interfere in Iraq’s political affairs.

“All political leaders of the country must be aware and awake to prevent the external assistance against the Islamic State from becoming an entrance to breach Iraq’s independence,” Sistani’s spokesman said during a Friday sermon in the southern city of Karbala on Sept. 19. “Cooperation with the international effort shall not be taken as a pretext to impose foreign decisions on events in Iraq, especially military events.”

The octogenarian ayatollah stopped short of calling for an end to the US-led military campaign against IS militants. Sistani is a pragmatist, and he has often positioned himself as a counterweight to Iranian influence and more radical Shia clerics allied with Tehran.

During Friday prayers on Oct. 3, Sistani’s representative called on the government to avoid building a new Iraqi national guard on the basis of sectarian or ethnic identity — a problem that undermined the current Iraqi security forces.

“There must be careful selection with regard to sectarianism or ethnicity within the national guard, so that it does not generate feelings among the enlistees that they are defending only certain sects,” the ayatollah’s spokesman said.

Sistani arose as a quiet but implacable leader during the American occupation of Iraq. He usually calls for moderation and calm: Even at the height of Iraq’s sectarian civil war, when Sunni militants destroyed the Askariya Shrine in Samarra in February 2006, Sistani did not appeal for his followers to take revenge.

The ayatollah had been relatively quiet since the American military withdrawal in 2011. But in early June, IS fighters captured Mosul, Iraq’s second largest city, and announced that they would march onto Baghdad and the Shia heartland in southern Iraq.

In response, Sistani issued a call to arms urging all able-bodied Iraqi men to join the security forces against IS and other jihadists. He also played a leading role in persuading Iraq’s political elite to replace the divisive Nouri al-Maliki as prime minister.

Sistani represents the dominant theological school in the Iraqi holy city of Najaf, which rejects the Iranian model of rule by clergy. The Najafi clerics believe their role is to be spiritual leaders and not to participate directly in politics. Since the US invasion, Sistani seized a more direct political role on several occasions, especially in 2004 when he lobbied for early elections and a constitutional referendum. But he never stepped into the political process as forcefully as he has since the fall of Mosul.

Ironically, in order to preserve the “quietist” position of the Najafi clerics, Sistani has become more deeply involved in politics.

For centuries, Shia clerics have debated their role in politics. The “quietist” school — rooted in the sect’s tradition of acquiescence that avoided instigating powerful rulers — argues against direct engagement in political matters. The “activist” trend emphasizes the experience of Imam Hussein, one of the sect’s founding figures who advocated rebellion and confrontation. Sistani’s actions could shift the historic debate regarding the extent of clerical power.

Since the US began its air strikes in August, other Iraqi Shia clerics and militia leaders with closer ties to Iran have signaled opposition to the American military campaign. The Iraqi cleric Muqtada al-Sadr, whose militia known as the Mahdi Army is currently fighting IS, warned last month against any potential use of US ground forces, declaring: “As we made you taste the heat of our fire and power in the past, we will make you taste the scourge of your decision.”

Sistani cautioned Iraqis to guard against foreign interference, especially pressure on the new government to fill the still-vacant posts of defense and interior ministers with candidates acceptable to Western powers. The ayatollah cautioned that while Iraq might need foreign assistance to defeat IS extremists, political leaders should not capitulate to outside pressure — a criticism aimed both at the US and Iran.

“Even if Iraq is in need of help from its brothers and friends to combat black terrorism, preserving the sovereignty and independence of its decisions is of the highest importance,” Sistani’s spokesman said.

Since the US invasion in 2003, Sistani has competed with more radical clerics, especially Sadr, for leadership over the Shia community. This struggle reflects a parallel battle between Iranian and Iraqi clerics for dominance over the larger Shia realm. These competitions have ebbed and flowed as various Shia factions consolidated power over the central government in Baghdad, and as the Iranian regime extended its influence in Iraq.

According to Shia doctrine, the faithful must choose a senior cleric whose edicts they follow, or “emulate” — in Arabic, taqlid. This cleric is known as marja al-taqlid, or source of emulation. He must be a mujtahid, a cleric who has studied long enough to hold the rank of ayatollah or grand ayatollah, which requires two or three decades of intense theological training. Literally, ayatollah means “sign of God.” A mujtahid does not need to emulate any other cleric: he can formulate original decisions on questions of Islamic theology and law.

The highest of these marjas is known as marja al-taqlid al-mutlaq—a supreme religious authority, who is essentially a “first among equals” in the clerical hierarchy. The position is informal; it is not like the College of Cardinals electing a pope. Rather, it requires leading mujtahids to reach a consensus around a candidate from their ranks. The candidate must also command a large following among Shia across the world. During some periods of Shia history, there was no consensus on a candidate, and several marjas were competing for the mantle of leadership.

Today, no one but Sistani holds the religious and moral authority to restrain Sadr and other Shia factions. He is also perhaps the only Shia leader in Iraq who can provide some check on Iranian influence. There is no clear successor if Sistani dies or is incapacitated. In Najaf, there are four other grand ayatollahs who could succeed Sistani as the highest authority for Iraqi Shia. But none of them has as wide a following, or the political deftness that Sistani has displayed since the US invasion.

Sistani has been thrust into the kind of political and leadership role that he did not seek — and one that will determine the future of Iraq.

Mohamad Bazzi is a journalism professor at New York University and a former Middle East bureau chief at Newsday. He is writing a book on the proxy wars between Saudi Arabia and Iran.