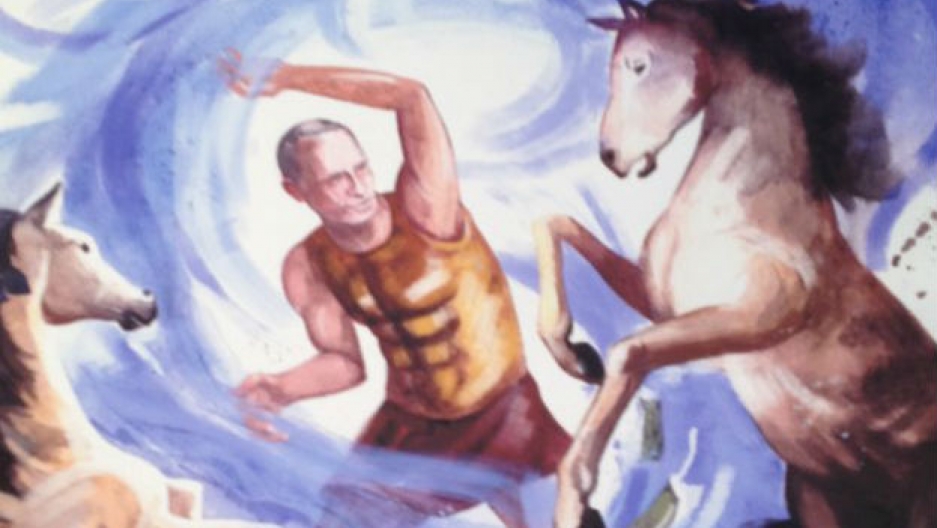 This week in "Thanks, Internet" --- Hong Kong protests illustrated, honestTransformers, BBC and friends cover The Beach Boys,Putin gets a weird birthday gift, and "Singin' in the Rain" sans singin. 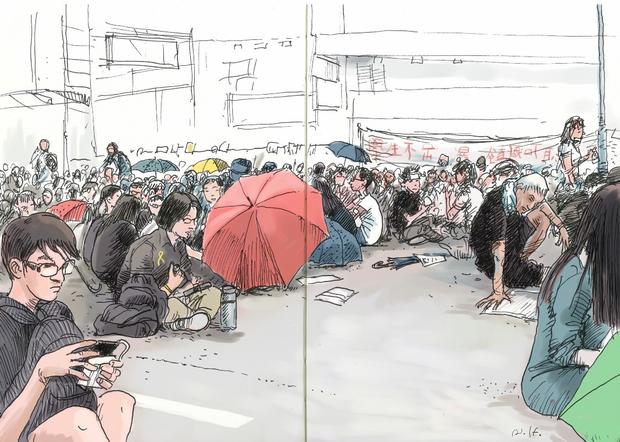 The furry cats over at Screen Junkieshave been keeping Hollywood honest for a while now, but this week theydelivered the Citizen Kane of trailer parodies, the Honest TrailerforTransformers: Age of Extinction. It's all there: Michael Bay's trademark American flags, plot holes, explosions. And the third act seals the deal with a brilliant riff on pandering to Chinese audiences and a damning send-up of rampant product placement.

3. Get By With A Little Help FromOur (Famous) Friends

The BBC launched BBC Musicthis week, but all anyone will remember is the surreal video they made to celebrate themselves. An unbelievable cast of pop stars cover "God Only Knows," including Chris Martin, Lorde, Elton John, Stevie Wonder, Chrissie Hynde, Pharrell, and Kylie Minogue. And One Direction. BrianWilson even makes an appearance (and he brings his tiger). Despite being supremely treacly, the video illustrates how to tactfullyshow off your famous friends. Take note, Paul.

4. Vladimir Vs. The World 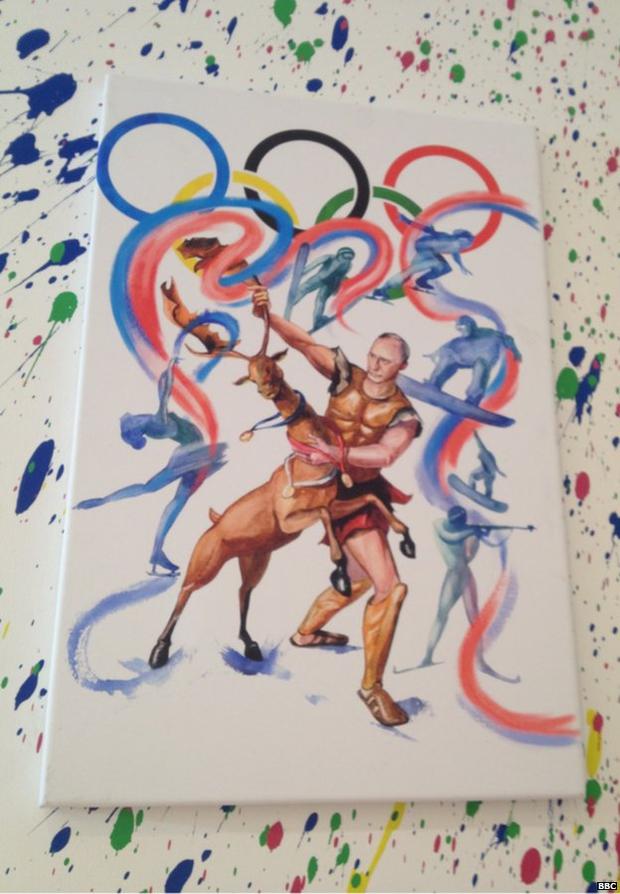 Vladimir Putin celebrated his 62nd birthday this week. To mark the occasion, a group of supporters on Facebook posted "The 12 Labors of Putin." The portraits depict the Russian president shooting down American fighter jets (where are the drones?) with bow and arrow, battling horses, and riding a fierce Crimean ox. The epic span of historic eras in the series demonstrate that his power cannot be bound by time and/or space. The collection was created in earnest to make the man look mighty and serious, but... Maybe more clothes next time?
Thanks, Logan!

5.Not Singin' In The Rain

Mario Wienerroither's Musicless Music videos usually make seminal music videos look utterly ridiculous. (See: "Dancing in The Street," "Smells Like Teen Spirit," and "Here It Goes Again.") This week, Mario tackles "Singin' in the Rain" but --- purposefully or not--- gets the opposite result. Gene Kelly's charm shines through, with or without the music. You end up feeling even closer to Kelly's timeless performance, only you're still dry.