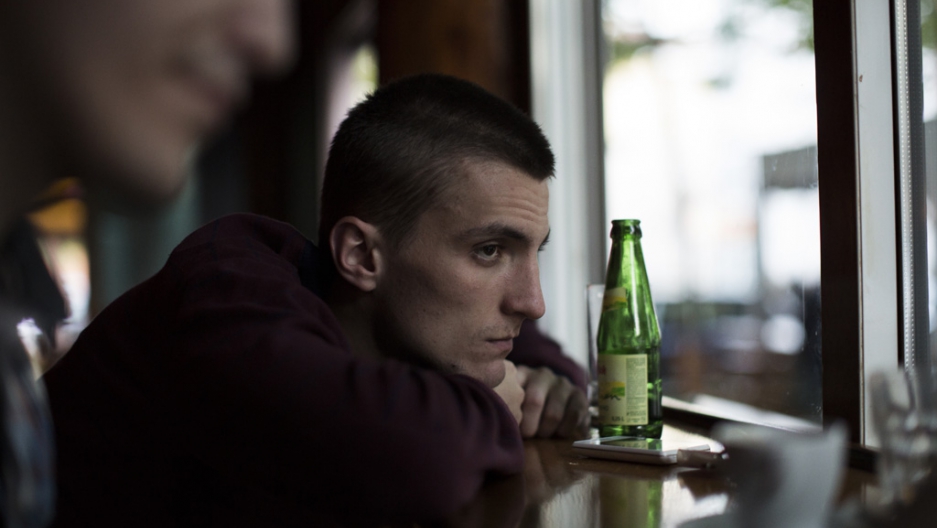 Editor’s note: This story is part of a special report on the global youth unemployment crisis, “Generation TBD.” It's the result of a GroundTruth reporting fellowship featuring 21 correspondents in 11 countries, a year-long effort that brings together media, technology, education and humanitarian partners for an authoritative exploration of the problem and possible solutions.

SARAJEVO, Bosnia and Herzegovina — Renata Mostarac has lived in the same apartment in Sarajevo since the day she was born. The row of trees behind which Bosnian Serb Army snipers were stationed as they besieged the city during the Bosnian War are visible from her living room. During the conflict, the continuous inflow of bullets shattered the windows and Renata and her family had to hide in the center of the apartment. They remained there for the duration of the three-and-a-half-year war.

Only now does Renata feel she has to leave Bosnia in order to survive.

After graduating from the University of Sarajevo with a B.A. in public relations, Renata began applying for jobs — 50 in the first few months. She had no luck, so she went back to school. Now age 23 and on the cusp of finishing her master’s degree in political science, she is facing the same reality.

“I think I have applied maybe for 30 to 40 positions here in Bosnia,” Renata said, adding that if a job does not come through shortly, she will have to seek better prospects abroad. “I don’t want anything unreal, I just want a job and a better future. I think all the people here deserve it.”

In Bosnia-Herzegovina, shadows of doubt and malaise hang over life. The three ethnic groups that have “constituent status” as defined by the Dayton Agreement that ended the war in 1995 — Bosnian Muslim (Bosniak), Croat, and Serb — have conflicting views on a large number of issues and problems that shape today’s society. One thing they all seem to agree on, however, is that the youth unemployment problem is so severe here that it will be felt for years to come. At 57.5 percent, Bosnia-Herzegovina’s youth unemployment rate is the highest in the world, driven by widespread corruption, nepotism and economic stagnation. Through it all, the wounds of war are ever-present.

The war raged from 1992-95, the most haunting conflict witnessed in the region since World War II. The fall of the Socialist Federal Republic of Yugoslavia triggered a chain of further political conflict, more than 100,000 lives were lost and more than 2 million more people were displaced.

Marko Subasic, a 23-year-old citizen of Mostar, the capital of the southern region of Herzegovina, also lived through the war. It broke out when he was 14 months old.

“I don’t remember much of my childhood except that the place called ‘home’ was constantly changing,” said Marko. “We left my home town of Bugojno in Central Bosnia when I was a baby, and I lived for two and a half years in Croatia as a refugee after that, and then five years in Germany.”

Returning to Bosnia in 1998, Marko believes he was likely the member of his family least affected by the experience, as he was the youngest. “But it was still a major shock. It’s hard when you’re only a kid who returns from Germany to a country that had just come out of war.”

Marko’s schooling in Bosnia reflected the shaky peace that reigned following the ceasefire. As a Bosnian Croat, he went to the same school as his fellow Bosniak pupils, but was segregated from them in a system called “two schools under one roof.” Each schoolhouse contained separate classrooms with separate curricula for Bosniak, Croat and Serbian students.

“As a child, you tend to accept things the way they are and don’t really ask the ‘whys’ and ‘hows.’ It was a reality that I only began to question when I got a bit older,” Marko said.

The city of Mostar is a particularly extreme example: the city is divided by the Neretva River, with one side populated by the city’s Bosniaks and the other by Croats.

“It’s a strange place, especially if you are someone who ignores the existence of borders and divides in your head. I don’t see this divide in everyday life, I tend to think that this is one city and I don’t really care what the names are of the people who live on the same street as I do. I know many people think exactly the same way I do,” said Marko. “But on the other hand, there are many people who still have the war alive in their heads and where the divide still persists.”

A student of political science, Marko has found no job since graduating.

“When you’re a student, you can basically only work as a waiter in a café,” Marko said. “And while we have many cafés in Bosnia, we have even more students.”

'They’ll tell you that the process is fair'

It is nearly impossible to tell the difference between Nizama Koldžo and her twin sister, Nermana, who is five minutes older — everything from their mannerisms to their laughs to the curls they put in their hair each morning are identical.

Nizama and Nermana, 24, have done essentially everything together in life including school from primary through higher education, extracurriculars and internships. They are now even dating best friends.

The twins are Bosniaks living in Sarajevo.

“When we were applying for a master’s program in Brussels, we put in our application that if one of us is admitted and the other one is not, then we are not going,” Nizama said.

They were both admitted — the first students to the program from Bosnia and Herzegovina — and returned home after finishing their degrees a year ago.

Dozens of job applications later, Nizama is still unemployed. Yet she doesn’t believe it’s her qualifications that are holding her back.

“Even if you have a great CV, I think it's not so important,” said Nizama. “Because what's more important is that you have connections.”

In Mostar and across Bosnia-Herzegovina, companies are unwilling to employ people from the “other side,” despite legislation passed in 2003 prohibiting such employment discrimination. Applicants will often pay bribes to get the jobs they want. And though the public sector is one place where an abudance of relatively stable positions exist, government jobs are considered stable but nearly unobtainable without direct connections and influence.

“They’ll tell you that the process is fair, but in reality they’ll ask you what your name is, what is your nationality, and then who is your father or your uncle maybe, where is your party membership card, and if you fulfill all of those criteria then you can get a public job,” Marko said. “But to say that you can get a job just because you speak languages, have a diploma, all those things don’t really matter.”

The problem is further compounded by an absence of significant economic growth.

During the war, Bosnia and Herzegovina received a considerable amount of humanitarian aid from around the world, which was distributed to victims of the war throughout the country. This assistance took various forms, from food, clothing and sanitary supplies to volunteers and staff who assisted victims.

At the end of the war, a larger amount of humanitarian aid was supplied to the country with the aim of recovering destroyed infrastructure and facilities and the establishing prewar living standards for citizens. Bosnia continues to receive considerable aid, which it has been accused of mismanaging. The culture of assistance has suppressed domestic growth and innovation, critics say, along with the makeup of the government. The GDP growth rate is now -0.7 percent and per capita income is $8,216, compared to a 1.5 percent growth rate and $32,292 per capita income for the EU as a whole.

Jan-Zlatan Kulenovic, a figurehead in the Bosnian youth NGO sector for the past 13 years and head of the Youth Information Agency (OIA) said bureacracy has stifled foreign investment, meaning few jobs created and a vicious cycle continued.

"This climate is linked to the political situation, instability, corruption, and complicated bureaucratic procedures for the development of new businesses or foreign investments,” he said. “There are internal and external factors creating a situation in Bosnia where the level of development is almost zero; things are stagnated and youth generally remain a very vulnerable and marginalized group.”

According to the country’s constitution, which was adopted as Annex 4 of the Dayton Agreement, Bosnia and Herzegovina is a republic which operates in accordance with the law and with free and democratic elections. But the government bureaucracy is so complex that the country is buckling under its inefficiency.

"I'm fairly certain that, for example, the Dutch system would collapse in five years if they had Bosnia’s government system,” Kulenovic said. “Here, because of the complexity and number of government structures, there is more room for corruption. At the same time, there are not enough mechanisms for control, transparency, accountability and so on."

It is this complex maze that youth looking for jobs must navigate; with most of the few employment opportunities secured through political connections and personal networks. As such, many qualified, well-educated youth —especially those who are loath to give into the political divisions — are left empty-handed after months of job searching.

Most of the private-sector jobs that do exist offer very low wages and poor working conditions. There is a framework for holidays, benefits and hour limits, but only in theory. In practice, workers are vulnerable to exploitation. With demand for employment so high, employers can constantly leverage the threat of layoffs.

The black economy — in which workers do not receive social security, health insurance, or pension payments from their employers — is ubiquitous.

So the country now finds itself facing a significant brain drain, with educated, skilled youth deciding that it is easier to look for jobs outside the country rather than carrying out the Sisyphean task of fighting a system for little or no return. About 150,000 young people have left since the war ended in 1995, with 10,000 leaving each year. Bosnians living abroad send home remittances that represent 13 percent of the country’s GDP, one of world’s highest rates.

Marko, the political science graduate, said he too will soon become one of them. The clock is ticking, and he has decided to look for a job elsewhere.

“Bosnia needs a serious reboot,” said Marko. “The post-war period didn’t give it what it needed. And yes, it's possible — I think it's possible, but I really don't want to do this. I have lost my motivation trying to look for a job. Maybe I'm just too affected personally, but honestly, I don’t have the nerves anymore.”