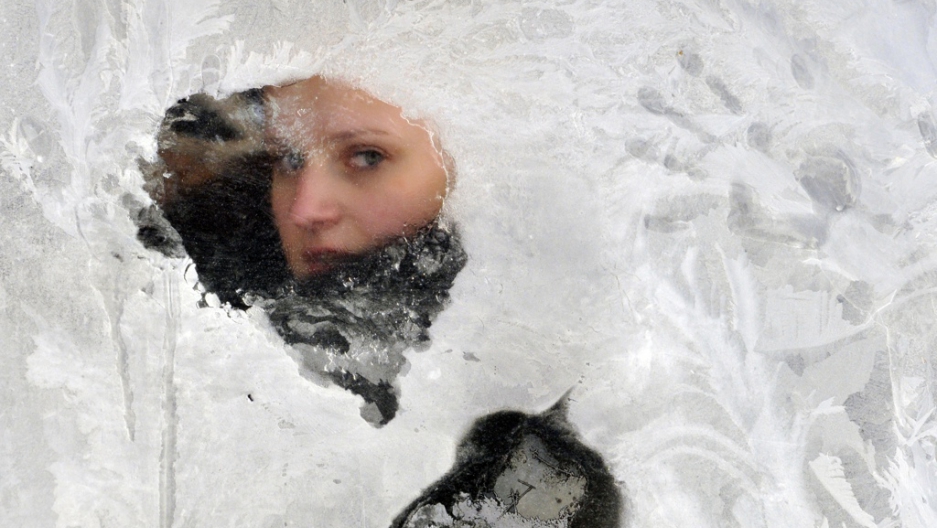 Ukraine can get pretty chilly in the winter.
Credit: Yuriy Dyachyshyn
Share

BERLIN, Germany — It’s shaping up to be a cold winter in Europe — or at least in Ukraine.

“For the EU states, this winter looks fine even if there’s a week or two weeks of gas cutoffs,” says Michael Labelle, an energy expert at the Central European University in Budapest.

But if the EU can’t broker a deal with Russia and cutoffs block those reverse flows, “it’s really the Ukrainian people who are going to suffer," he adds, "and people are going to die."

Moscow cut gas supplies to Ukraine in June following Russia’s annexing of Crimea, arguing that Kyiv showed no signs of paying off a massive debt owed to Gazprom, the Kremlin-controlled fuel behemoth. But unlike past cutoffs, gas has continued to flow through Ukraine to Europe.

Still, Putin’s latest moves are reminders that he can still turn off the tap.

“If the Ukraine crisis is not resolved, the transit route through Ukraine might be distorted so that less gas is delivered to Europe, as happened in 2006 and 2009,” says Claudia Kemfert, an energy expert with the German Institute for Economic Research.

Over the past weeks, Hungary, Poland, Slovakia, Czech Republic and now Romania have reported reductions of as much as 50 percent in the flow of gas they are contracted to receive from Gazprom. The fuel company claims it’s illegal for those countries to re-export gas to Ukraine.

“The Russian side talks about technical problems, about the necessity of filling up storage for the winter season,” Slovakian Prime Minister Robert Fico said. “I have used this expression and I will use it again: Gas has become a tool in a political fight.”

So far, the interruptions have been temporary this time — warning shots rather than full-on salvos like those of 2006 and 2009.

The next milestone could be an extension or a deepening of the cuts. If Gazprom reinstitutes supply cuts to Poland and extends them from a few days to a few weeks, or increases the 50 percent reduction in gas for Slovakia to a full-blown cutoff, for example, that would be a grim sign.

“So far it’s been a stepped approach,” Labelle says.

Nevertheless, even the current comparatively minor saber-rattling has put more pressure on the EU to cobble together a deal under which Ukraine would settle its $3 billion debt owed to Gazprom in exchange for a guarantee of receiving at least 5 billion cubic meters of gas from Russia this winter.

Forging such a deal would give Putin a respectable way to back down without losing face, Kemfert says. But Russia is angling to extract a much higher price from Ukraine for gas than it gets from other European countries — $485 per cubic meter, compared with around $300 in Western Europe.

“An agreement is not in sight,” Kemfert adds.

Meanwhile, the deal itself would be like putting a Band-Aid on a broken leg, Labelle warns.

“Certainly, if Russia wants to cool things, they will take this deal,” he says. “But the Ukraine is in really dire economic straits. Is the EU or US paying off Ukraine’s gas debt to Russia the solution? What about next year?”

With countries such as Germany, Austria and Hungary relying on Russia for 40 to 80 percent of their gas supplies, Europe has been endeavoring to forge a common energy market. With interconnected grids and pipelines, member states can increasingly buy and sell gas and electricity to each other (or Ukraine). Theoretically, that should allow the EU to negotiate with Russia as a block, using its economic might to counterbalance Russia’s energy politics.

But Moscow’s initial success in stopping reverse gas flows to Ukraine, as well as a broader reluctance to toe the line espoused by Brussels, has exposed weak links in the strategy.

In response to Gazprom’s supply cuts, not only Hungary but also tough-talking Poland — which has taken Europe’s strongest stance on the Ukraine crisis — immediately suspended reverse flows.

At the same time, Austria, Bulgaria and Hungary are forging ahead with plans to build the South Stream pipeline from Russia to Europe despite objections from Brussels that it undermines the EU’s negotiating position. Like the earlier Nord Stream pipeline, which pipes gas directly from Russia to Germany under the Baltic Sea, South Stream would allow Gazprom to circumvent Ukraine and supply gas directly to southern Europe.

“When it comes to a common stance against Russia or with Russia [on energy policy], it’s something that comes out of Brussels, and it doesn’t represent any reality,” Labelle says.