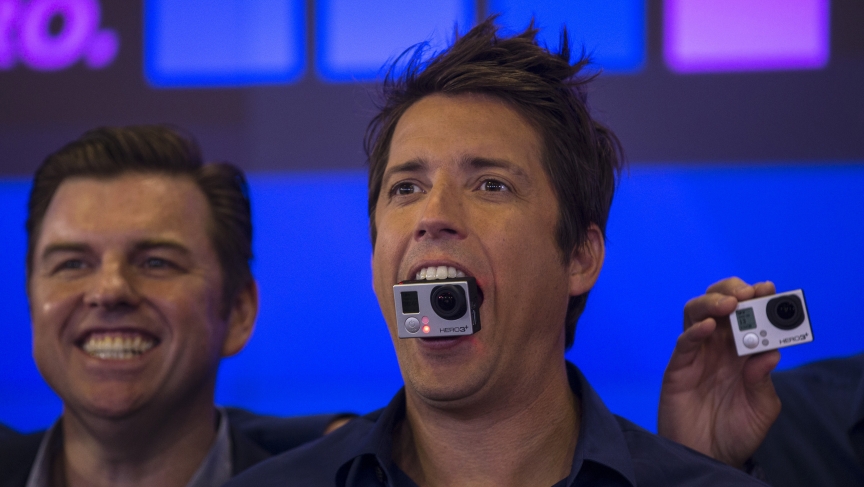 GoPro founder and CEO Nick Woodman holds a GoPro camera in his mouth as he celebrates the company's IPO at the Nasdaq Market Site in New York on June 26, 2014.

Being an entrepreneur doesn't involve a set career path — but it does involve a common trait that leads to success.

“It’s about giving yourself permission to pursue your dream — that’s where people get stuck,” says Linda Rottenberg, the CEO and co-founder of the global-non profit Endeavor. “It’s not an absence of ideas or business techniques, it’s the absences of courage to actually be willing to put yourself on the line and maybe even be called crazy.”

And in her new book, titled "Crazy is a Compliment: The Power of Zigging when Everyone Else Zags," Rottenberg says that when it comes to dreaming up earthshaking ideas, entrepreneurs must give themselves permission to really go nuts.

“Most of the companies I’ve worked with — 1,000 of them — about 80 percent didn’t have business plans,” she says. “They just see a pain point, they start solving the problem, they start getting real-life customers and getting that feedback. That’s what propels them forward.”

Rottenberg has worked with more than 1,000 entrepreneurs across the globe. She says that for many of these individuals, the main obstacles to success aren’t financial, but psychological and emotional.

“What I tell people is they overthink and overplan sometimes,” she says. “People sometimes hide between the PowerPoint and the ‘perfect’ plans. Really what they need to do is get out there, take the leap of faith, and give themselves permission to pursue something that might even be called outlandish.”

That also means having people from unexpected backgrounds take the leap. Rottenberg says the market now spans far beyond the stereotype of the young, Silicon Valley techie in a hoodie.

“I’ve worked with two women in Rio that started a hair care company out of their basement,” she says. “Today, that business, Beleza Natural, has $80 million in revenue and serves 100,000 clients.”

She points out that entrepreneurs don’t have to “go all in” during the early stages of their business — they often keep their day jobs while they’re testing their business models and take “baby steps” before they commit to it full time.

“Every dreamer I know has been called crazy at some point — whether it was Thomas Edison and Henry Ford, Sara Blakely of Spanx, or Jack Ma who took Alibaba, the Chinese company, public,” she says. “So to me, yes, crazy is a compliment.”