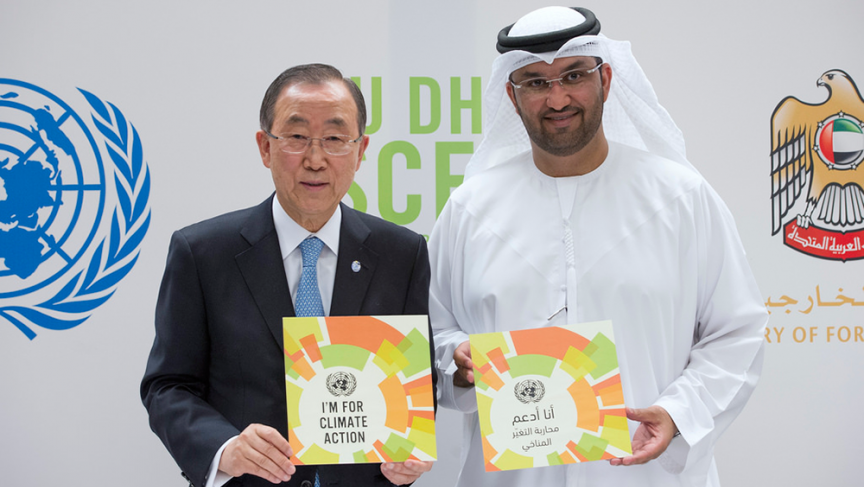 More than 125 heads of state — along with government officials, CEOs and NGOs — gathered at the UN’s Climate Change Summit late last month to reaffirm their commitment to curtailing climate change and their global plans for action.

Yet no international agreements were signed and no binding promises were made — those will have to wait until the formal Paris Summit at the end of 2015. So, was anything accomplished? Jennifer Morgan, a long-time global warming negotiator and director of the Climate and Energy Program at the World Resources Institute, says yes.

“The New York summit was really not about the negotiations,” Morgan says. “It was about building momentum for the binding international agreement that is being negotiated in parallel. It was meant to bring [people] back into the debate and engage with this issue. From that perspective, I think it really succeeded.”

Morgan points to announcements by representatives of the financial sector and major foundations that they'll divest from fossil fuels. “The Swedish pension fund agreed to commit to completely decarbonize their assets — which would shift $100 billion next year,” she explains. “Insurers also committed to decarbonize their investments moving forward, and scaling that up if there's a global agreement next year.”

The Rockefeller Brothers Fund also announced plans to shift their fossil fuel investments into clean energy. “I think that sends a very big signal because of the background of that family in the oil industry,” Morgan says.

There were several other significant declarations, Morgan says. The New York Declaration on Forests, which includes many countries, NGOs and private sector leaders, aims to end deforestation by 2030.

The We Mean Business coalition, a large new group of companies and organizations that partner with them, released a statement noting their support for a phase-out of greenhouse gas emissions by mid-century. “They want a clear signal from government. They support pricing carbon. It's a real attempt to show that there's support in business for action on climate," Morgan says.

And she believes those signals are coming, citing a number of countries and companies that also came out publicly in support of a goal to reach “zero carbon” by mid-century. "Collective vision is building," she says.

President Barack Obama, Chinese President Xi Jinping and many others sent "a very clear message that they do not see a choice between tackling climate change and growing their economy. They know that they have to pursue a different economic pathway and they are up for figuring that out.”

The Chinese leader announced that his country would work to peak its CO2 emissions as soon as possible. “China is the world's largest polluter right now, so when they peak [and] at what level they peak is really very fundamental,” Morgan adds.

A number of transportation initiatives to scale up sustainable mass public transport were also put on the table. The International Union of Railways launched a Low-carbon Sustainable Rail Transport Challenge, which aims to reduce that industry’s emissions 75 percent by 2050.

All told, Morgan says, 110 public transport groups made commitments leading up to the summit. The industry wants to double the market share of public transportation around the world by 2025. “This brings mega-savings in carbon: one gigaton of carbon by 2050,” Morgan says, “and it really puts transport on the map as far as a solution to climate change.”

These kinds of changes could save governments, companies and individuals up $70 trillion, Morgan says. “It's just a mega-winner for people getting to work, government saving money and cities to be much cleaner, [with] lower air pollution as well.”

And of course, there was the massive People's Climate March that preceded the talks. For Morgan, the biggest surprise was the size of the march. “The organizers were hopeful that they could get 100,000 or so out, so getting 400,000 people on the streets in New York — and up to 700,000 around the world — was a big surprise and a big shot in the arm,” she says.

“I think it was one of the most exciting, dynamic things I've ever been part of,” Morgan says. “I think it was an outpouring from just so many different people: young, old, business, government, city, labor. Everyone was there, and I think it really gave a boost to the Summit, because it showed that the people do want climate action and now the politicians have to respond.”