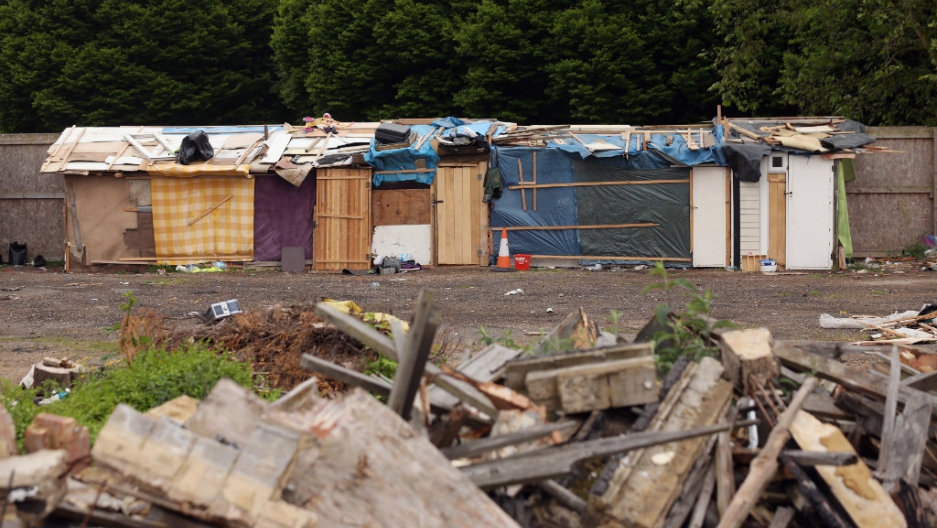 SHEFFIELD, England — I take a stroll down Page Hall Road in Sheffield, a typical working class area of the industrial north. The houses are narrow, cramped, identically structured, all rusty red brick and battered front doors.

Children play in the streets, tagging each other and running to the shops to buy sweets and soda. It’s an unremarkable scene except that this one small area has lately become a major focus of immigration conflict in the United Kingdom.

The neighborhood has long belonged to the Pakistani immigrant community, reaching back to the 1960s. Its longevity and permanence is illustrated by an abundance of halal shops, mini markets and mosques. However, it seems the equilibrium of this community has been shaken by ‘controversial’ new faces on the scene, in the form of Slovakian Roma.

Eastern European immigration has once more become a major focus for British media: Official figures published at the end of last month showed a significant rise in overall net migration in the past year. According to the Office of National Statistics, this rise was largely due to a doubling in the number of migrants from Romania and Bulgaria and a large increase in migration from other eastern European countries, including Slovakia.

This comes on the back of a report from October 2013 showing that Britain has one of the largest Roma populations in western Europe, with nearly 190,000 settled here. The study, conducted by the University of Salford, concludes that the migrant Roma population is significant and increasing. The 200,000 figure is said to be a “conservative estimate.”

The Roma communities are scattered throughout the UK but one of the largest is in Sheffield. Exact figures are hard to quantify – many Roma, having been subjected to persecution, often prefer to declare their original country of residence rather than their ethnicity. In 2009, Sheffield council reported there were around 1,000 Slovak Roma in the city but the UK charity Equality suggested the actual figure was more likely to have been between 3,000 and 4,000.

Since then many more Roma have made their home in the city, and their arrival and perceived ‘anti-social’ behavior has been controversial. Former Labour Home Secretary and local Sheffield MP David Blunkett last November inflamed the issue, saying, “we have got to change the behavior and the culture of the incoming Roma community because there’s going to be an explosion otherwise.”

Such oratory was controversial but succeeded in placing Sheffield and Page Hall right at the center of the debate. Blunkett predicted race riots and the British media went to Sheffield to see why.

Could racial tensions really be this bad? I know Sheffield. My family has lived in the city their whole lives. It’s always struck me as remarkably safe for a big city, friendly in its togetherness.

Yaser Alzawaghari is a shopkeeper at the Hinde Mini Market. Tall and amiable, he is a stable presence in Page Hall Road. When I spoke with him he was bartering affectionately with a Pakistani mother about her grocery shop — she was a little short and he subsequently let her off.

He has issues with the new Roma contingent, he said.

“I have a shop, I have to wake up in the morning at about 6 a.m. People around this area, they don’t work,” he grumbled. “The problem is they are up all night till 1 a.m., 2 a.m. listening to loud music.”

Alzawaghari said he feels uncomfortable walking down the road late at night and dislikes having to dodge mounds of litter. When I ask if the police ever intervene he rolled his eyes.

“The police are walking around here and they see them at night but they don’t ever tell them to go home,” he said.

In May of this year there was a street brawl between Roma and Yemeni youths that escalated. The police were called out to disperse the mob and the event made it into the national papers. Alzawaghari remembers it well.

“It started between two people and then it grew bigger and bigger,” he recalled. “Everybody came. Really more than 300 people, of course it was scary.”

One of the biggest complaints, not only from Alzawaghari but also from other members of the Pakistani community, is that the Roma gather outside in large groups making noise and causing disquiet.

On this day, I trudge up one of the steep side roads to look around. Many Roma are listening to music, chatting, smoking. Congregations of teenagers loiter outside shops looking bored while the children play ball. They wave as I pass.

A soft-spoken man approaches me. His name is Peter Kandraz and he came to Sheffield from Slovakia in 2005. He is a school assistant and teaches both Roma and Pakistani children. He acknowledged that the Roma spend a great deal of time outside and that this irks other residents. But he claimed that it is more of a family problem than anything else. He also cited poverty as the main reason why this happens.

“There is no work, people are outside because they are not working,” he said, gesticulating with his hands. “The families with children come outside and play on the road, the problem is poverty.”

On the surface men from both communities seem far more willing to talk about the issues than women, but this is not the case. A middle-aged Pakistani woman, who does not wish to be named, spoke passionately about the Page Hall area and the changes in recent times. She has lived here since the 1960s and is annoyed that more people have been given housing in her densely populated area.

“This is a crowded area and they need to be moved around Sheffield more,” she said in exasperation. “Landlords have put all the Roma in the Page Hall area and it’s too much.”

While lamenting aspects of the current housing situation in Page Hall road, she still possesses a community spirit. “Look, they’re our neighbors and I smile and wave to the kids but there needs to be classes opened up for them to learn English,” she added.

“We’re a multicultural lot, they need to learn how to mix with British culture.”

There are clearly problems in this small network of streets and these are not going to diminish any time soon. But the May street fight seems to have been an isolated incident and the situation appears to be improving.

Sheffield council seems to be taking an active role in engaging the new community.

“We’re involved in many activities in Page Hall and, with our partners, provide activities for young people, support community groups, work directly with families and support initiatives such as the recent community litter pick,” he said.

With every new immigrant community entering the UK, there will initially be assimilation issues. The Pakistani community, although well established now, was met with fear from the indigenous white working class when they first arrived. The Roma are the new kids on the block and it will take time for them to understand British culture.

Peter said they are already starting to work at that.

“The little children are going everyday to school and they are learning about Pakistani, Somali, Jamaica culture and we’re teaching how to respect and talk to different people,” he said.