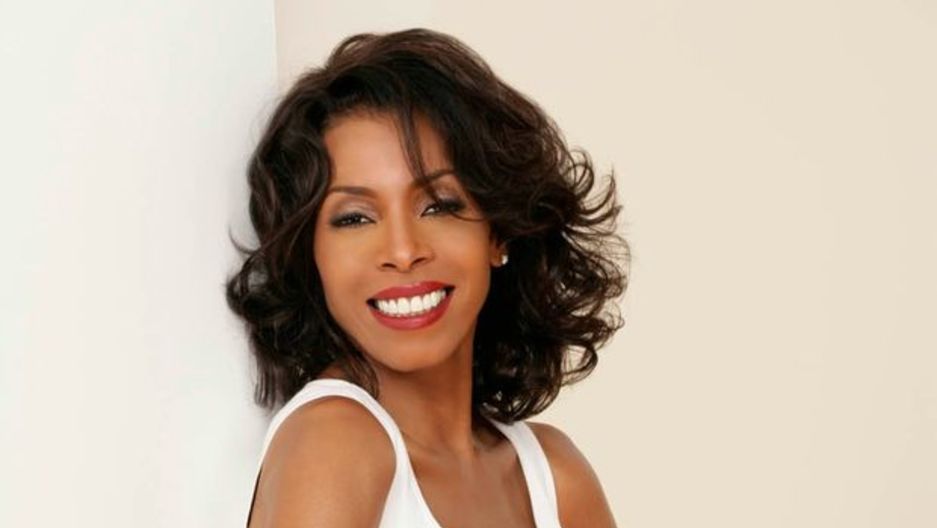 It's just one of the gallery of vivid characters she's played throughout her career. On "CSI: Miami," Alexander played Alexx Woods, a pathologist who spoke tenderly to the dead bodies she was cutting up; on "Tremé," she played LaDonna Batiste-Williams, a bar owner trying to make it in post-Katrina New Orleans. The roles were multi-layered, hard, funny and real.

Though audiences know Alexander as an actress, she started her career as a dancer. She studied at the Alvin Ailey American Dance Theater School and performed in Bob Fosse’s “Dancin’,” and was part of the original Broadway cast of “Dreamgirls.” Her dancing brought her to the attention of singer Whitney Houston, who hired her to choreograph her “I’m Your Baby Tonight” tour in 1991.

Still, Alexander says she always “felt like an actress.” She was especially inspired by Paula Kelly, a black actress and dancer who starred in “Sweet Charity” with Shirley McLain.

“I would watch her dance and I would see her change into a character and I saw the level of commitment,” Alexander says. “It wasn’t just a dance. She would transform herself, and I liked that. I liked the way it made me feel when I watched her in different performances.”

But though she may have always felt like an actress, she never saw a “consistent through-line of employment for black actresses,” she says.

“I was a teenager during black exploitation films,” Alexander explains, “so I would see Brenda Sykes, Shelia Frasier, Lynetta McGee, Vanetta McGee ... I also noticed that when those films stopped, I didn’t see them [anymore].”

Every now and then, she says, one of these actors would show up on The Jeffersons or Sanford and Son, but she didn’t see anything resembling what could add up to a “regular check.” “I was like, How are they supporting themselves? How does that work?" she says.

Alexander decided the only answer was to “study as hard as [she] could and piece together a career” out of theatre, film, commercials and dance. “By that time I knew about Dianna Sands, [who created the role of Beneatha Younger in Lorraine Hansberry’s A Raisin in the Sun]. I knew she worked consistently in theatre and occasionally had great roles in film and TV," she says. "But I saw her consistency in theatre, so that’s where I really focused.”

Her persistence and determination paid off. After studying at the Stella Adler Conservatory, she began to land small roles in TV and film. In the mid-1990s, Alexander played more featured roles in shows like “NewsRadio" and “ER.” Her performance in the acclaimed miniseries, “The Corner,” created by David Simon of "The Wire" fame, helped establish Alexander as a serious dramatic actress.

Despite all her successes, Alexander remains fiercely self-critical; she says she never watches any of her work. “There are [so many] things I’ve never seen,” she says. “I’m too critical and I know exactly what I did, so if they use the wrong take ... [I] just have to trust that I did 100 percent and let it go ... because I’ll look at it and rip it apart.”

And she says she's fortunate to be working at a time when roles for black woman have changed on television.

“Just thank God for Shonda [Rhimes],” she says. “Thank God for Shondaland [Rhimes’ production company, which is responsible for Scandal and several other hit TV shows]. I know it doesn’t seem out of the ordinary [now], but it’s really outrageously wonderful to look up when you’re driving down Sunset Boulevard and see a billboard with Viola Davis on it — only Viola! Singular! — and then drive a few blocks further and see a billboard with only Kerry Washington on it — singular. This is the first time this has happened in my lifetime.”

She emphasizes that such prominence isn't a small matter. “It’s not a little thing for a little black girl to see that. This is huge," Alexander says. "I wish there was some way to let people know how huge it is.”

“I remember being a young girl and watching Lola Falana on those Tigress commercials,” Alexander says. “It meant everything to me. It meant everything to see those boy dancers and Lola in that commercial. It gave me hope. It let me know there was room for me, that I was special. That’s why I’m looking forward to these [shows] catching on. I’m looking forward to both of those shows [Rhimes' Scandal and How to Get Away With Murder]  making so much money and getting so many viewers that it can no longer be denied that that should be normal.”