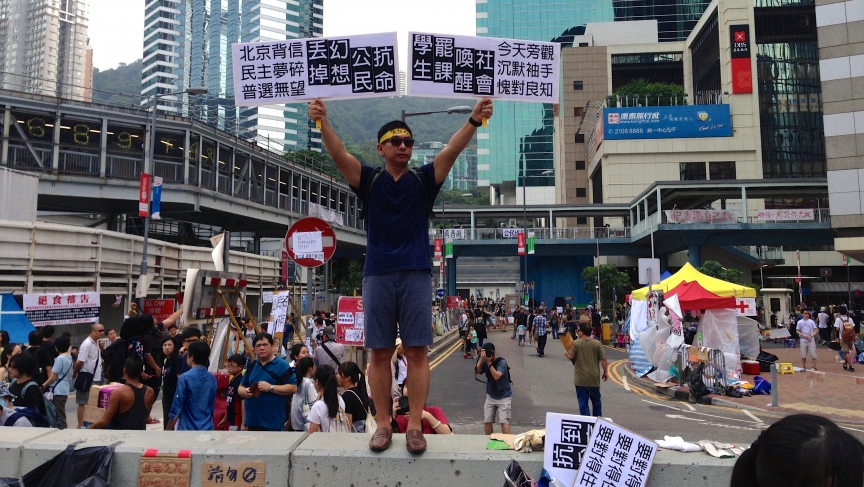 A protester's signs urged Hong Kong citizens to "wake up" and join demonstrations, because "Beijing is not trustworthy, and democracy is a broken dream".
Credit:

They want him out. Thousands of pro-democracy protesters in Hong Kong have been camping in the streets around the clock for five days, demanding that Hong Kong's chief executive, CY Leung, step down.

They went so far as to set a deadline for him to step down: midnight on Thursday evening. Instead, Leung has offered to negotiate with student leaders. "I will not resign because I have to continue with the work for elections," he told reporters at a press conference just minutes before the deadline.

Leung also said that Chief Secretary Carrie Lam, the territory’s top civil servant, would meet with students soon to discuss political reforms — but gave no timeframe for the meeting. 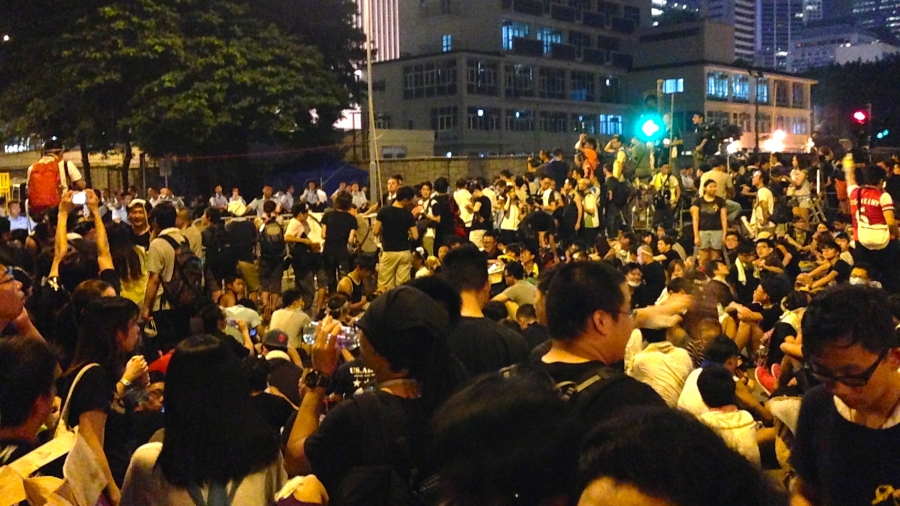 A standoff between protesters and police loomed on Thursday night, as people gathered outside the office of Hong Kong's Chief Executive, C Y Leung.
Credit:

Before the announcement, tension had been rising in the standoff. Police brought supplies of tear gas and other riot gear outside the government compound where many demonstrators are gathered; protesters kept face masks and goggles at the ready. But the announcement seemed to restore calm.

"After he gave the press conference ... things very, very quickly started to settle down," says The World's Matthew Bell, who is in Hong Kong reporting on the protests. "The crowd started thinning out, people were checking their phones, turning around and going home."

“I think it’s a sign that both sides are looking for a way out that doesn’t involve a big, messy, violent clash,” Bell says. “I don’t think, in the ideal world, that Beijing, or the Hong Kong government, or the protesters want people to get hurt — or even killed."