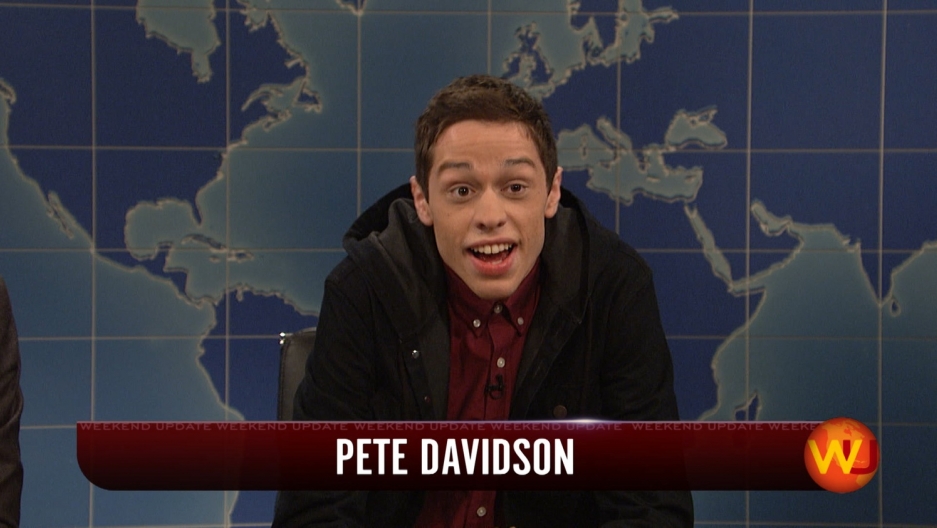 This weekend'sSaturday Night Live season-opener introduced two new faces, one of which borders on cherubic. Twenty-year-old comedian Pete Davidsoncan'tbuy a beer (or rent a car) to celebrate his ascension to sketch comedy's highest ranks, but the consensusonline is that he stolethe showSaturday with his bawdy Weekend Update appearance as the show's "Resident Young Person."He and Michael Che--- previously a writer for the show --- are the only additions to a cast that lost five members from last season. So why did Lorne Michaels clear the bench to make room for someone too young to remember Chris Farley?

Despite his youth, Davidson has been appearing on TV for several years, including stand-up on Jimmy Kimmel Live and two seasons on MTV2's brotasticreality TV-comedy fusion, Guy Code. He's only the fourth-youngest performer ever hired by SNL, and the other three are household names: Eddie Murphy, Anthony Michael Hall, and Robert Downey Jr.

Davidson's handful of moments in front of the camera were marked by an "aw, shucks" shlubbiness that comes from his work in stand-up. He uses that adolescent persona to get away with sophomoric jokes --- about male heterosexual squeamishness, say --- that audiences might balk at. Davidson is clearly bait for younger viewers, and if he can make his dopey bro character appeal to the core audience of a show twice his age, Lorne Michaels will have picked another winner.