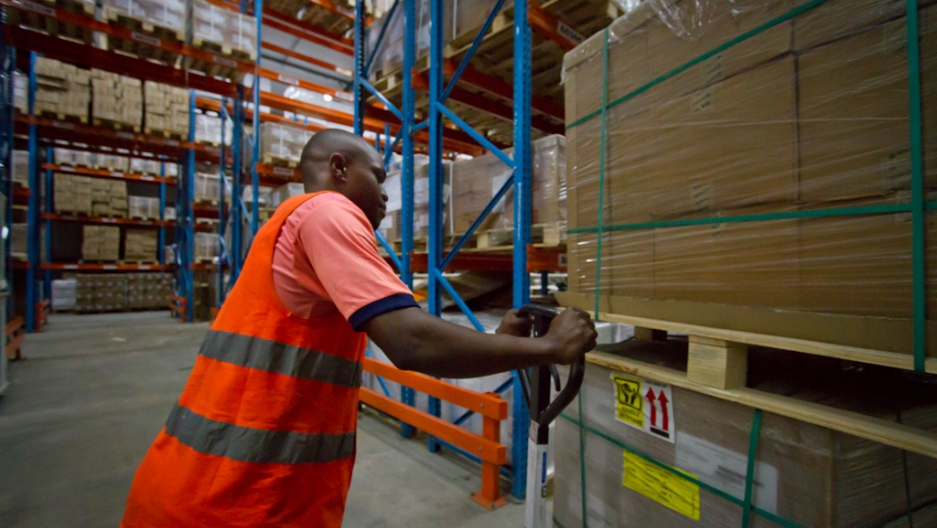 DAR ES SALAAM, Tanzania — Coca-Cola, the world’s largest beverage retailer, has an unparalleled ability to get its goods to anyone and everyone. The company’s products can be found in 200 countries, even North Korea, and are consumed daily by 1.7 billion people from urban megacities to the most remote parts of the globe.

In Tanzania, Coca-Cola reaches areas where even essential medicines and life-saving medical supplies do not. An incredible 35 to 40 percent of all orders for medicine from Tanzania’s 5,000 health centers go unfilled due to “stock-outs.” The drugs simply don’t arrive.

“The challenge is how to deliver, efficiently, medicine to the people, especially to the rural areas because the infrastructure is very complicated,” says Missanga Muja, director of logistics for Tanzania’s Medical Stores Department, the agency charged with supplying medicine to all public health centers.

For years, the agency had a policy of sending generic kits with standard amounts of medicine.

“In the coast you find a lot of malaria, but if you go upcountry there is no malaria,” Muja says. “But we were sending even malaria drugs to the places where there was none.”

These inefficiencies can be dangerous, even deadly. Stock-out rates of 20 to 30 percent at government facilities mean that patients either go without needed medical supplies, or must purchase them at a much higher cost from private pharmacies, according to a study by Yale’s Global Health Leadership Institute.

If Coca-Cola can reach all corners of Tanzania, why not medicine?

At last it is beginning to, thanks to Project Last Mile, a partnership that is helping to fix a number of kinks in the medical distribution process. According to the Yale study, since 2010 Coca-Cola has helped Tanzania’s Medical Stores Department use geocoded software to identify the most efficient delivery schedules and routes. The agency has improved storage by converting 10-ton trucks into temporary warehouses, and renting additional warehouses. It has also adapted Coca-Cola’s model of third-party distributors to use local “fixers” to more cheaply deliver supplies.

Prior to this partnership, doctors and pharmacists complained of late deliveries.

“They were not able to access the medicines,” Muja says. “Some areas you can’t reach by road. Sometimes during rainy season the car couldn’t reach those areas. But Coca-Cola reached even those places.”

In the four years since the partnership began, the availability of medicine has increased by 20 percent nationally, and the Medical Stores Department estimates that its new, efficient delivery system will shave 10 percent off distribution costs, leaving more in the budget to purchase additional medicine. Gone are the days of sending medicines to places where they aren’t needed. Delays and stock-outs are now rare.

“Effective July 2013 we are now delivering straight to the facilities to the whole country,” Muja says. “We deliver almost [always] in time.”

With the help of Coca-Cola, the agency even uses current data on use of medicines to project into the future what medicines different regions will need at different times of the year —more malaria medicines to coastal areas during the rainy seasons when malaria is high, for example.

And that was just Phase One. The newest phases of the partnership will increase the availability of critical medicines to 75 percent of Tanzania and expand the initiative to Ghana and Mozambique, according to the Yale study.

Coca-Cola’s involvement in this initiative is part of a larger partnership. Since 2011 the Global Fund gave $14 million to create a larger warehouse, and USAID chipped in $9.5 million to create more storage spaces for the supplies nationwide. Many development aid professionals from Tanzania to Washington see this as a model type of partnership: A private company using its business expertise — in Coke's case, distribution — to help a government fix a critical public problem.

“It’s not a philanthropic initiative where we just write a check,” says Adrian Ristow, Last Mile project director for Coca-Cola. “We’re working closely with the government, building capacity and sharing knowledge about getting the medical supplies where it needs to be, efficiently.”

Since the partnership began, “we have developed a new attitude in terms of performance management,” says Muja, the Tanzanian logistics expert. “Coca-Cola is very good in those areas, and as a public institution we have tried to learn from what they have and try to implement these things.”

The collaboration also illuminates an important truth about public-private partnerships: They needn’t all be self-serving to the private companies involved. Earlier this week a GlobalPost investigation revealed that many of Coca-Cola’s philanthropic partnerships in Africa are designed not only to help Africans, but also to expand the private company’s reach. According to the Yale study, even a selfless collaboration such as Project Last Mile in Tanzania can offer indirect benefits to companies like Coca-Cola.

“Businesses have found that acting in a socially responsible manner has benefits in the marketplace, including increased brand recognition, greater loyalty and advocacy behaviors among company stakeholders, and even preferential treatment by consumers,” the report says.

The success of Project Last Mile has captured the attention of USAID, which announced in June it would formally join the initiative and help expand it to eight additional countries for a total investment of $21 million.

Through “the ability to bring together the golden triangle of civil society, government, and the private sector, the initiative will bring more essential and life-changing products to more and more people across Africa,” wrote Wendy Taylor of USAID and Michael Goltzman, Coca-Cola’s vice president for public affairs, in a July article for Huffington Post.