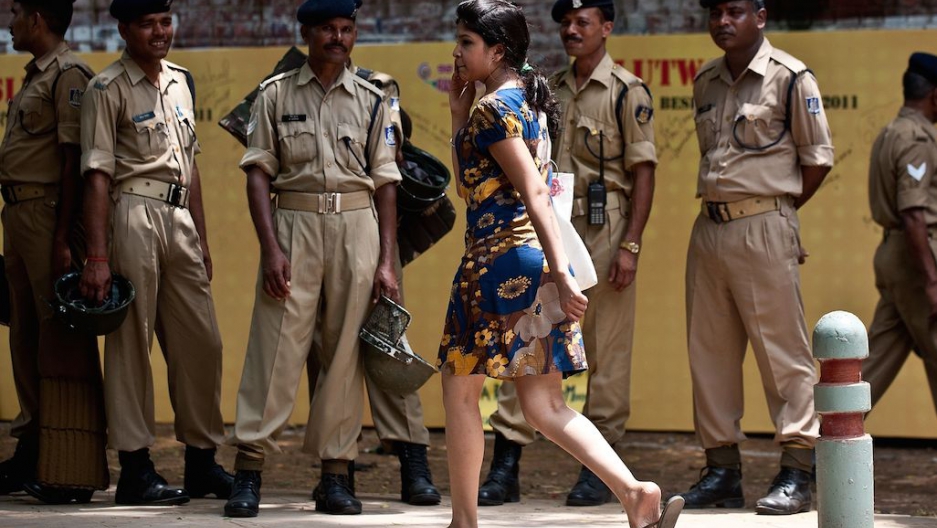 Now campaigners have harnessed the power of smartphones and the internet to solve India’s social problems and help to right the country’s many wrongs.

Take child trafficking, an evil India has not been able to shake off despite years of policing effort, government legislation and the dogged work of NGOs. Every hour, at least 11 children go missing in India, according to the Home Ministry. Millions end up as beggars, prostitutes or modern-day-slaves.

Two techies have come up with Helping Faceless, an app to help combat child trafficking and kidnapping. The idea is simple: Click a picture of a child you see roaming the streets and upload it on the app. Once the picture is uploaded, a search engine tries to match it with any previous records. It uses a mixture of face recognition and crowdsourcing as its tech backbone.

“The matching is handled by the app itself. If a match is found, the app forwards the information about the child’s whereabouts to the relevant NGO who then helps connect these children with their respective families,” says Shashank Singh, one of the app’s creators.

Apps have been created to help keep women safe as well, particularly after the horrific gang rape and death of a young woman in Delhi in December 2012.

A website called safecity.in was set up soon after to help women document their experiences of sexual harassment in public spaces. The perps are not named and women can report the incidents anonymously.

“Most women have faced with some form of harassment or abuse, yet many do not talk about it. They do not even go to the police to make an official complaint. Safecity aims to capture this information and make the problem — which is currently invisible — visible,” says the website’s founder Elsa D’Silva.

Social media, GPS and simple web design tools have been the key drivers of the good Samaritan.

“Our website aggregates the data into hotspots or location-based trends, which in turn help to find solutions for women. If we were able to find trends, we can prevent it from happening,” she says.

Bribery is another of India’s long-standing problems. Every year billions of rupees change hands in exchange for getting things done. Ordinary citizens are forced to pay money for almost anything — from doctor’s certificates to police dealings.

People power has been harnessed to combat the issue. A website called ipaidabribe.com invites people to pipe up on any bribe they paid, where they did it and how much it cost.

The site aims for social change on a wider scale.

“We are trying to give an opportunity for Indian citizens to report on bribes they have paid, which has [previously] been in the realm of speculation,” said K Venkatesh, one of the people behind the site.

“We are trying to collect data from citizens so that we can use it push for process reforms and change in attitudes across the board,” said Venkatesh.

It appears that the dream of Gandhian India is well and alive in the 21st century.

“I want to take the spirit of helping others and really scale it on a level where millions of people are looking out for each other,” says Singh.