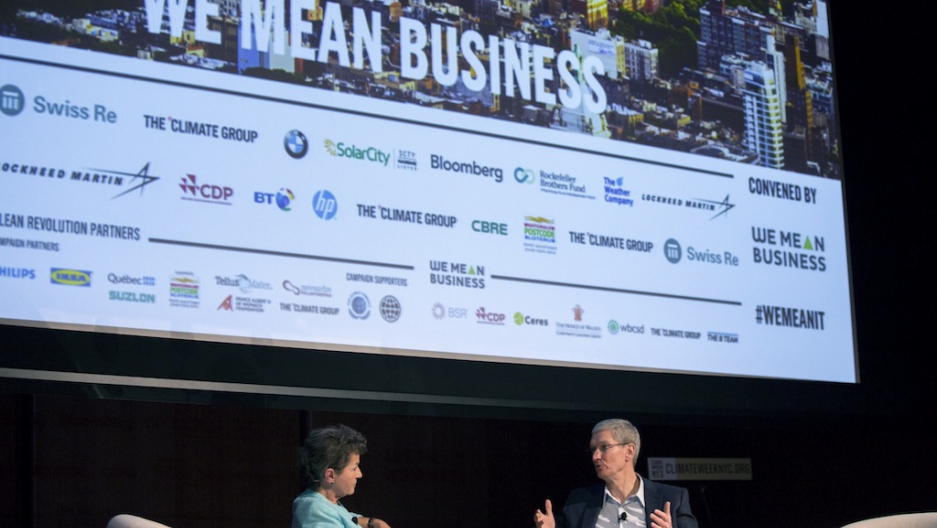 NEW YORK — Leaders from 140 countries gathered this week at the UN General Assembly in New York City amid a set of global crises that include war in Iraq and Syria as well as Ebola in Africa.

But even with such a crowded international agenda, much of the talk here is about the ambitious international development framework known as Millennium Development Goals (MDGs).

While it is clear that the eight goals will not be met by the December 31, 2015 deadline, observers are putting their faith in the promise of trillions of dollars of aid financed through private industries in programs called public-private partnerships, or PPPs.

The hope is real. But the idea comes with real challenges. In the last decade or so, PPPs have changed the landscape of how the world thinks about aid and development, helping to cement a move toward greater privatization. And as public budgets for global health goals are shrinking, some of the world’s biggest brands, including Coca-Cola, ExxonMobil, Johnson & Johnson and others, are stepping up as part of their corporate social responsibility programs.

"What the private sector is saying during UNGA week — very loudly — this is the way we want to work going forward," said Leith Greenslade, vice chair of the MDG Health Alliance, a special initiative of the UN Special Envoy for Financing the Health Millennium Development Goals. "It's all about public-private partnerships."

More from GlobalPost: Public-private partnerships: A win-win for global health?

From Coca-Cola conducting high-profile water sanitation drives to ExxonMobil undertaking malaria prevention efforts, an overwhelming majority of observers and analysts agree that PPPs have become essential. But there is a lingering concern that some of these partnerships benefit the companies most of all.

Critics say the meteoric rise of PPPs concerns them, both because they further empower corporations and because so few checks and balances exist to regulate that power. While PPPs have a long history, to date there has been very little transparency or evaluation of their achievements and a lack of rigorous data and analysis. This begs the questions:

Who is monitoring this dramatic growth of PPPs? Who is measuring their success? And what’s in it for the companies? To what extent are these initiatives driven by lucrative tax breaks and positive public relations?

“What you have is a major transfer of control from the public sector to the private sector,” said Allyson Pollock, a professor of public health research and policy at Queen Mary, the University of London.

And when that shift takes place from government responsibility to what are essentially corporate donations, Pollock added, “You lose democracy, you lose ownership and you’re paying very high charges for the finance.”

This summer, The GroundTruth Project dispatched a team of reporters across sub-Saharan Africa to explore the explosion of this development model in a GlobalPost Special Report titled “Branding Health.”

Through in-depth reporting from Tanzania, Cameroon, South Africa, and the Democratic Republic of the Congo, we looked at the balance between social good and corporate benefit.

Even in the most successful PPPs, it is clear that companies have found a highly effective way to associate their brands with good deeds while accruing government tax breaks along the way.

And yet the international community now consistently recognizes the private sector’s value as an ally — a powerful one.

Stephane Dujarric, spokesperson for the UN Secretary General, said at the Social Good Summit that private corporations “often have more power and influence than national governments.”

“The private sector, whether it is in climate change, or development, or peace and security, has a critical role to play,” Dujarric continued. “We know that when a multinational corporation takes a positive decision to change the way it does business, governments often always have to follow, and it has a tremendous impact.”

Major multinational consumer goods company Unilever and a group of allied corporations presented a manifesto demanding greater involvement of the private sector in the post-2015 agenda to a packed room at the UN headquarters Wednesday. The room was overflowing with representatives from corporations, governments, non-profits and grassroots human rights advocacy groups from around the world.

“Health is incredibly important also for companies,” he said. “Diabetes driven by obesity is becoming a major health problem. That is affecting the cost of doing business as well. And on the other hand you have the poverty and malnutrition limiting participation in workforces. So what you see is increasingly companies getting involved in these issues of health, but also providing solutions.”

And at an Millennium Development Goal countdown event Tuesday, the governments of the US, UK, Sweden and Australia announced a partnership with philanthropic investment firm Omidyar Network to launch a $200 million Global Innovation Fund (GIF).

Expected to use a “venture capital-like approach” to investing in social innovations, the announcement of the fund is seen as a good indicator of the direction of future global health partnerships.

Estimates show that by 2020, healthcare spending by 18 countries including the US, UK and China will surpass $7.5 trillion, according to a 2011 report on health PPPs by consultancy group PricewaterhouseCoopers. This level of spending, the report asserts, will be “unsustainable unless new funding sources are found.”

The PPP concept has grown and changed since it gained prominence in the healthcare industry in the 1990s. Many private companies no longer only provide financial support to projects, but have become more actively involved in their implementation. Often companies provide training, medication and health workers to these initiatives.

The narrative around PPPs has shifted, too. Weber Shandwick, one of the world’s largest public relations firm, has seen PPPs more tightly integrate with business strategy. The agency, which counts among its clients Johnson & Johnson, Merck, Unilever, and PepsiCo, works with companies to identify and pursue opportunities for public-private collaboration — and ultimately, to shape the story of that company’s work in the public eye.

“Whereas 10 years ago, there may have been more of a focus on the ground level impact, which is obviously a critical part of PPPs, now there is a broader conversation around how PPPs are advancing sustainable business growth,” said Paul Massey, executive vice president of Weber Shandwick’s social impact team.

“These PPPs offer ways to address complex social issues but also communicate to the world what kind of company Unilever or Nike is. Because they know that it matters to employees and consumers,” he said.

The growth of different business models has also influenced this shift in how companies approach public-private partnerships. Greenslade said that the “Shared Value Movement” introduced by Harvard Business School’s Michael Porter “took the companies by storm.”

“The idea that you can make money and do good at the same time is amazing,” she said. “There’s a big movement of companies trying to integrate their business work with their philanthropic work — and there are big benefits from doing that.”

These benefits include big opportunities for private companies in emerging markets, said Alice Korngold, strategy consultant for businesses and non-profits and author of “A Better World, Inc.” and “Leveraging Good Will.”

Paul da Rita, who heads up the World Bank’s focus on health PPPs via its private arm, the International Finance Corporation (IFC), affirms this view.

“Some of the private players see PPPs as the natural extension of their market … They recognize that as the more traditional markets start to mature they need to move into areas in order to keep their growth,” he said. “They see this as an opportunity to grow in terms of volume in their business.”

Korngold’s book shines a spotlight on companies that are effective in these areas, intended to encourage others to follow suit. She summed it up for anyone still wondering if PPPs are just philanthropic.

“It's not just about doing good to be nice, it's about profitability,” she said. “So it's a win-win — good for the world but also good for business.”

The need for transparency

Many PPPs have had well-publicized failures in Australia, Japan, the UK, Italy, and Africa, drawing attention to the need to monitor and evaluate the projects to learn from mistakes and share successful practices.

While it is primarily the host government’s responsibility to monitor that the private partner delivers on promises made in the contract with them, said IFC’s da Rita, development experts say this is a challenge for middle- or low-income governments where their capacity is limited.

“If this was such an efficient market, we would be seeing good data. Every contract would be in the public domain. We would see absolutely everything,” Pollock said. “But at every stage everything is hidden and concealed.”

The United States Agency for International Development (USAID), for its part, published a database of their public-private partnerships earlier this month, after a piece was published on GlobalPost in July stating that an online database of USAID PPPs had not been updated since 2009, and that a FOIA request filed to USAID took several months to fulfill.

Chris Jurgens, USAID’s director of global partnerships, told GlobalPost that releasing this data is the first step in a longer evaluation process and they are identifying a subset of PPPs that they will measure and evaluate more closely. They are still determining the methodology for these evaluations, he said.

“This is a new way of working and channeling resources effectively. It's also in line with our commitment to openness and transparency,” he said. “Open data will inform future decision-making."

A critical mass of private players argues that lack of data doesn’t mean companies should stop investing in PPPs.

“Measurement is a very elusive practice in this world,” said Ed Martinez, the president of the UPS Foundation, which last year made $100 million in donations to more than 4,000 programs around the world. “There are certain things that you’re not going to stop doing… even if you can’t measure with perfect economic, mathematical reasoning. You do it because it’s the right thing to do.”

This article is part of a GlobalPost Special Report on the role of the private sector in global health, presented in partnership with the Kaiser Family Foundation. The full Special Report, "Branding Health," launches Monday, September 29.