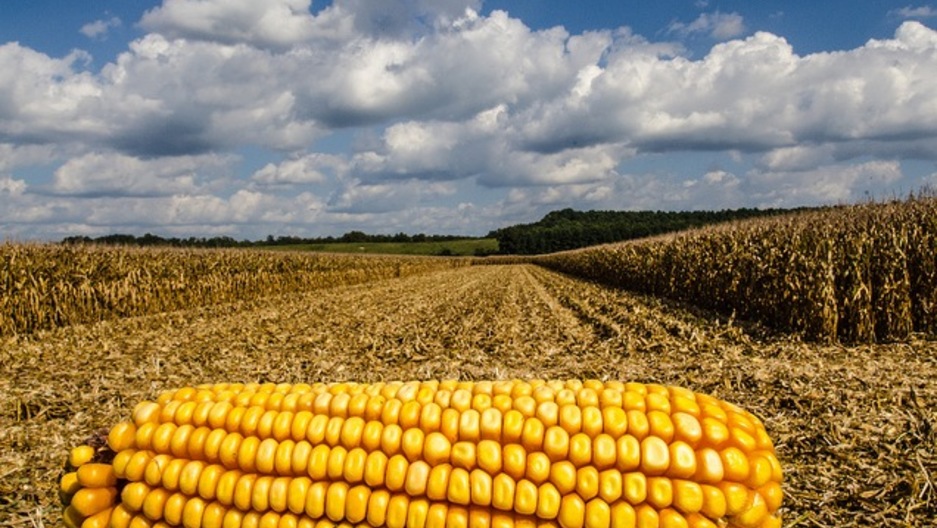 Corn is the subject of a lawsuit among agricultural giants.
Credit:

Since November, China has been rejecting shipments of grain from the US, claiming they contain trace amounts of a type of genetically engineered corn not approved in the People’s Republic — costing US agribusiness nearly $3 billion.

Now, in an unexpected legal twist, agricultural trading giants Cargill and Trans Coastal Supply are suing Syngenta, the seed company that created the strain of genetically modified corn, claiming it failed to get import approval from China.

Greg Mandel, a professor of law at Temple University who studies emerging technologies and intellectual property, finds the lawsuits rather dubious and is surprised they were even filed. “At the bottom of both lawsuits is essentially a negligence claim — that Syngenta acted negligently ... by commercializing a biotech product that had not received regulatory approval in all major markets,” Mandel explains.

The grain companies argue that Syngenta “knew or should have known” that its GMO product would co-mingle with approved products and non-genetically modified products and that trace amounts would show up in shipments all around the world, Mandel says.

The problem is that “no one has been able to identify a lawsuit that would provide precedent for this — in which the plaintiff is claiming that a party engaged in activities that were entirely legal, but affected a market in such a way that it caused damage, and that those actions were [therefore] negligent," Mandel explains. "So it would be pretty surprising for Syngenta to be found liable on these bases.”

In 2010, the USDA gave Syngenta regulatory approval to harvest and sell within the United States a new ‘corn trait’ called Agrisure Viptera. But USDA approval doesn't affect approval in other markets. “At the time Syngenta started commercializing the corn product,” Mandel says, “they did not yet have approval in most foreign markets, but were seeking it. Since that time, they've gotten approval in Canada, Mexico and the EU, but not in China.”

No one can say with any degree of certainty why China has not approved Viptera and continues to refuse shipments. Mandel speculates there could be “a level of dysfunction in China's regulatory system.” Some shipments of corn, which almost certainly contained trace elements of Viptera, have been allowed to enter China, while others have not. There are also stories about some Chinese ports being more stringent than others, he says.

He doubts that China has serious health and safety concerns about Viptera, since the product has not encountered significant hurdles in other markets. “So, one possibility is that China is just engaging in a little bit of trade pressure,” Mandel says.

There might also be some basic market forces behind all of this, Mandel says. China's domestic corn growers recently harvested a huge corn crop and “the Chinese government supports that industry significantly.”

But this is all guesswork, he emphasizes. “All of these are plausible theories, but I have not heard from anyone who has a clear idea of exactly what's going on," he says."And the Chinese regulatory entities have not said anything about it either.”

No matter who wins or loses the lawsuit, Mandel believes the outcome will have an impact on GMO-producing agribusiness.

If Syngenta loses, it would essentially mean that "GMO producers would have to get regulatory approval in some significant percentage of the world's markets for their products before they could commercialize in the United States,” Mandel explains. “On the other hand, if Syngenta [wins], it might strengthen the hand of the producers and make them feel more confident about launching products prior to worldwide registration.”

In all likelihood Cargill, Trans Coastal and Syngenta, will settle the case out of court. “Cargill may be looking for some assistance in sharing the huge losses they're facing,” Mandel says, “but I think it's unlikely that these cases actually go to trial.”