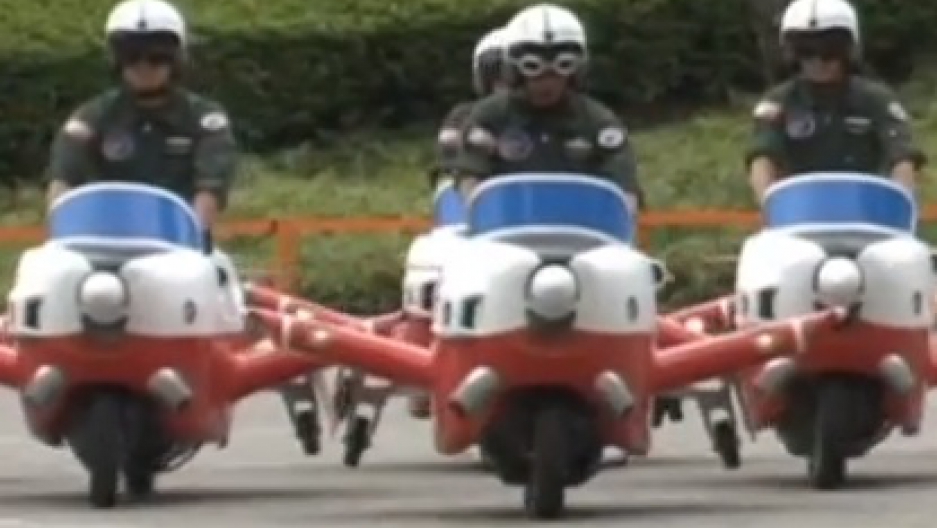 Much has been written about Japan’s increased military spending in recent years and we, like everyone else, assumed they were buying high-tech drones, stealth fighters and surveillance aircraft.

But maybe we were wrong?

During this week's celebrations to mark the 60th anniversary of the founding of Japan’s Air Self Defense Force, a fleet of plane-shaped scooters was unveiled.

The first of the comical scooters was made in 1992 so who knows how many Japan has stored away by now. There could be millions of them.

After all this talk about Japan reinterpreting its constitution to allow its troops to fight overseas, we’re wondering if there are also plans afoot to deploy the scooters in battle. They could be very effective at distracting the enemy, leaving them in a fit of debilitating laughter.