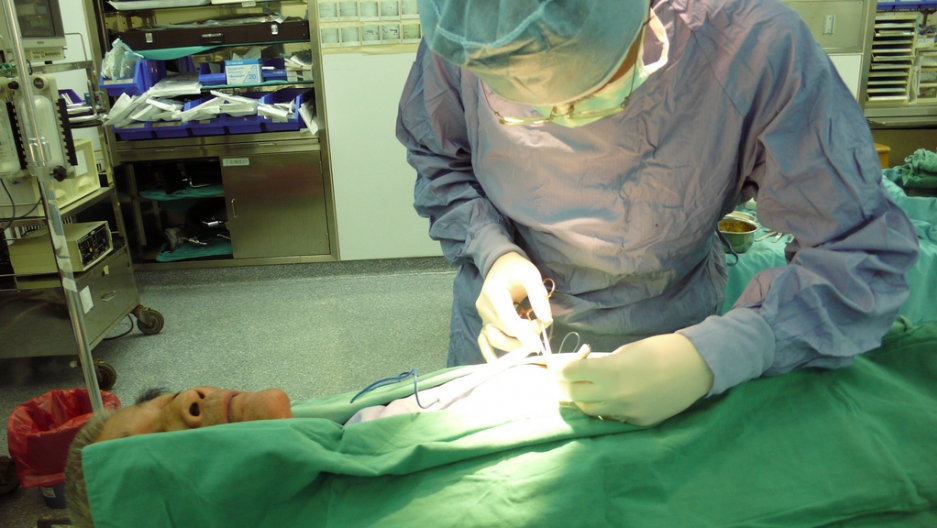 Ever since the political battle over the Affordable Care Act erupted in 2009, the lack of transparency in the pricing and outcomes of medical procedures has been at the forefront of the discussion. Five years later, very little has changed.

In fact, in some ways, the problem is getting worse. A recent article in the New York Times details a deceptive and unsettling practice some medical experts call “drive-by doctoring,” in which medical “consultants” bill huge amounts of money for almost no work — and the patient knows absolutely nothing about the consultant’s involvement.

Human ingenuity for getting around rules and regulations in the chase for profits will never change. But much is at stake in the medical profession, and now some doctors are starting to speak up and reveal the extent to which money is driving decisions about patient care in America.

In his new book, The Cost of Cutting: A Surgeon Reveals the Truth Behind a Multibillion-Dollar Industry, Dr. Paul Ruggieri writes:

A surgeon’s recommendation to take a person to the operating room should be solely influenced by medical facts, sound judgment, and experience. However, particularly today, other influences are weighing on the surgical decision-making process. Nowadays, surgeons are more pressured by “business” factors than ever before — they feel compelled to keep hospital operating rooms busy, to keep their practices going, and to maintain a living. After twenty years as a surgeon, I can say this: The line between operating for love or for money isn’t as distinct as it once was. The reality is that some surgeons (and hospitals) are more motivated by money than the Hippocratic oath they promised to uphold.

The main problem is the fee-for-service model that still governs hospital and doctor billing practices, even after years of efforts to change, or at least reform, this business model. “I do an operation, I get reimbursed — regardless of what my outcome is,” Ruggieri says. “Hospitals get reimbursed for the charge, regardless of what their outcomes are. If you start linking outcomes to charges, then it’s a different ballgame.”

First, however, patients need to be able to view and analyze the experience of hospitals and surgeons, Ruggieri says. Hospitals all have information on their outcomes, complication rates and infection rates; surgeons know what their complication rates are. But right now patients have no access to that information. This is changing, albeit slowly, Ruggieri says. One of the good things about the Affordable Care Act, he notes, is that it requires hospitals to begin listing certain quality parameters on their websites for Medicare patients.

But the obscure and confusing nature of hospital pricing continues to be a persistent problem, Ruggieri contends. “Hospital pricing has been immune to competitive market forces. They’ve been able to charge what they want; insurance companies pay what they want — and patients have no input into this at all.”

This has been going on for decades, Ruggieri says. “Each hospital has its own secret charge system. It's something they use to equate charges to different services. There’s really no rhyme or reason to it.”

Hospitals make money by charging inflated rates for each medical procedure — as they define it — that a patient undergoes. Examples of this include $8000 for unspecified “operating room services.” The system is slowly moving toward “bundled payments” as a way to combat these practices. Hospitals are given one bundled payment by Medicare for a knee replacement, for instance, and that's all they are reimbursed for that patient’s care. If the cost is higher, the hospital is responsible for the rest.

Another nationwide phenomenon affecting medical practice and patient care is hospital consolidation, Ruggieri says. Large hospital systems are buying up small hospitals and physician practices in order to keep every revenue source within their own network. ‘Retention’ and ‘leakage’ are the buzzwords today for hospital management: they want to 'retain' patients and they do not want them to 'leak' out of the system. Ruggieri writes about a physician who lies to a patient — telling her a certain procedure will cost more at a competing hospital — in order to keep her (and her money) within his hospital’s system.

Ruggieri suspects other surgeons share his concerns about the money-making decisions that underly their medical practices, but many are reluctant to speak out about it.

“I think most of us think the same way, but there are a lot of financial pressures right now, to make a living and to keep your job,” he says. “For surgeons, just taking care of patients alone is a lot of pressure. ... Everybody has to live their own life and I don't expect other surgeons to speak out the way I’m speaking out.”

For Ruggieri, he came to a point in his career shortly after his father died when he no longer cared what other people thought about what he said. “I was a good surgeon, I had good outcomes, and I needed to say some things to the public about what's going on in my profession, in the business of surgery, because it affects patient care. I've seen it. We've all seen it, if you're in this business long enough.”

“I try to live my life a certain way,” he continues. “I'm very honest with my patients. I tell them up front what could happen if something does [go wrong]. I’m not perfect: I've had complications — and I tell them how it happened. ... The bottom line is patient care, what’s best for the patient. That’s really all that counts.”