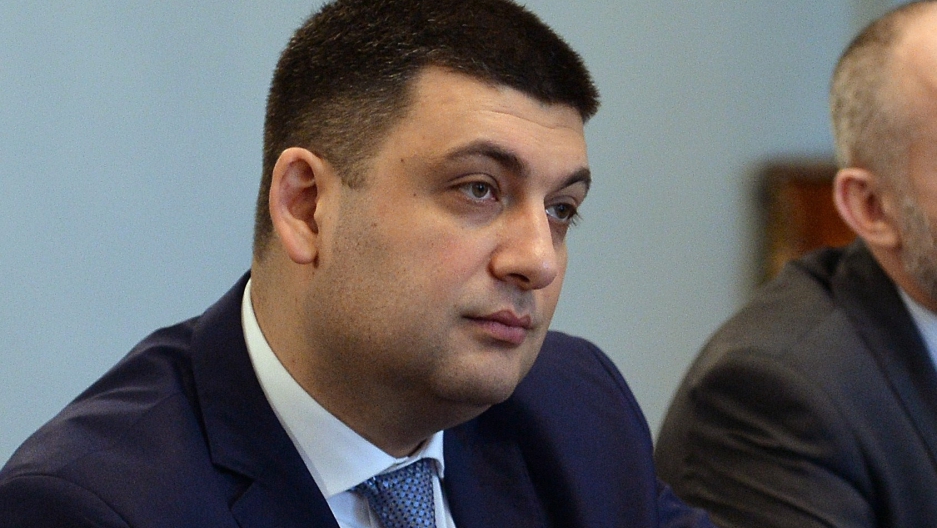 KYIV, Ukraine — As Ukraine stands off against Russian-backed fighters in its east in a conflict billed as the greatest threat to European security, many here understand their only hope of resisting Moscow is to stave off economic crisis.

The situation couldn’t be much more dire. With GDP down more than 7 percent this year, economist Anders Aslund says the economy is in a “pre-default” situation that will continue to deteriorate over the next six months thanks to the war.

“This is not tenable, this is not sustainable,” the veteran Ukraine observer said at a conference here this month. “It’s vital something be done fast and hard.”

For that to happen, the overwhelming consensus is that Ukraine must finally confront the endemic corruption that’s dragged down the economy and tapped the political system since the end of communism — the overwhelming reason protesters chased out the old administration earlier this year.

“The predominant feeling in society is that we need European thinking,” said former Economy Minister Pavlo Sheremeta during the same conference. “And that means zero tolerance for corruption.”

Many had hoped Sherementa would lead the effort until he resigned last month over the pace of change.

That doesn’t bode well because laying the groundwork — reorganizing the police and legal system, overhauling the state bureaucracy and replacing officials — will require massive political will.

There was certainly no sign of it the last time sweeping promises to westernize Ukraine were made after the Orange Revolution in 2004, which collapsed amid infighting between its leaders.

With a solid build and close-cropped dark hair, Hroisman has an easy sense of humor that, together with his confident demeanor of a self-made businessman, lends him an air of authority that exceeds his 36 years.

Working from a sprawling wood-paneled office in the imposing Cabinet of Ministers building recently occupied by allies of the disgraced former president, Viktor Yanukovych, Hroisman says the country’s new leaders understand there’s no room for mistakes this time around.

Ukraine’s hugely corrupt rule is splitting society between the wealthy ruling elite and the vast bulk of those who believe the system exists to keep them down, he says, echoing the common view.

“If you’re not included in the system, you can’t be an active member of society,” he adds. “We need to enable people to act for themselves by building a normal European system.”

Currently a collection of draft laws and other various initiatives, the planned reforms call for radical measures to transfer power to the local level — below that even of governors, many of whom are seen as corrupt regional barons.

Districts and municipalities would be given the ability to make many decisions for themselves without having to obtain approval in Kiev. More tax money would remain there, too, according to a sliding scale of need. Bribe-taking officials would be sacked.

Asked whether the political will exists for the administrative system to effectively overhaul itself, Hroisman says, “That’s why I came into government.”

“We know what we have to do at the highest levels,” he adds, “and it will be supported by the people, who understand the need for change.”

Perhaps. With the president and prime minister largely consumed with the economic crisis, the conflict in the east and other daily problems in order to keep the government functioning, political analyst Volodymyr Fesenko believes the real impetus for change must come from
a group of committed reformers.

“Not just consultants,” he says, “but people who come up with the concepts and carry them out, people whose entire purpose is to reform.”

Hroisman, widely seen as a possible future prime minister, may be one of those figures.

For now, all eyes are on next month’s upcoming elections in parliament, where passing the reforms will require removing legislators who supported the old administration and retain their seats. The results will also dictate who gets to form the next government.

But as parties put up tents in central Kyiv and otherwise gear up for the campaign, not everyone believes the country is on the verge of collapse.

“Ukraine has always been saved by one thing: its people,” says political analyst Volodymyr Fesenko. “They’re very hardy and hugely adaptable. They know how to survive.”

During the global financial crisis in 2009, he points out, GDP fell 15 percent.

Fesenko believes the conventional argument for reforms isn’t being framed correctly, especially about the corruption seen as the country’s number-one problem.

In the short-term, he says, corruption is helping society function despite its broken system.

“The shadow economy is the secret savior of the Ukrainian economy in a crisis,” he says.

For long-term development, however, of course corruption remains a deep structural problem that must be tackled eventually, he adds.

“People are sick of being treated like dirt,” he says. “That’s why the Maidan protest was called a revolution of dignity. Now people must feel the country is changing.”

Besides decentralization, one of Ukraine’s most pressing needs is reducing state subsidies for energy, which cost around 10 percent of GDP — compared to the less than 2 percent currently being spent on the war effort.

Decades of cheap supplies from Moscow — most recently as an incentive for the old pro-Kremlin administration to remain loyal — have encouraged dreadful inefficiency. Now with winter fast approaching, deliveries from Russia are completely cut off.

More from GlobalPost: Why is Ukraine having such a hard time getting its message across?

To save supplies in the capital, which already lacks hot water in many neighborhoods, buildings won’t be heated until November. The government has said it also may resort to temporary electricity cutbacks later this fall.

Opposition parties are already complicating prospects for reform by accusing the authorities of seeking to raise utility prices in order to line their pockets.

Although people in Kyiv are putting up with their hardships so far, one of the worries here is that the government’s failure to deliver on its promises will help radicalize the population by encouraging the view that its sacrifices were in vain.

“In the past, people were always told they weren’t ready for reforms, that they don’t understand democracy,” Hroisman says. “Now it’s up to us to show them that we do.”