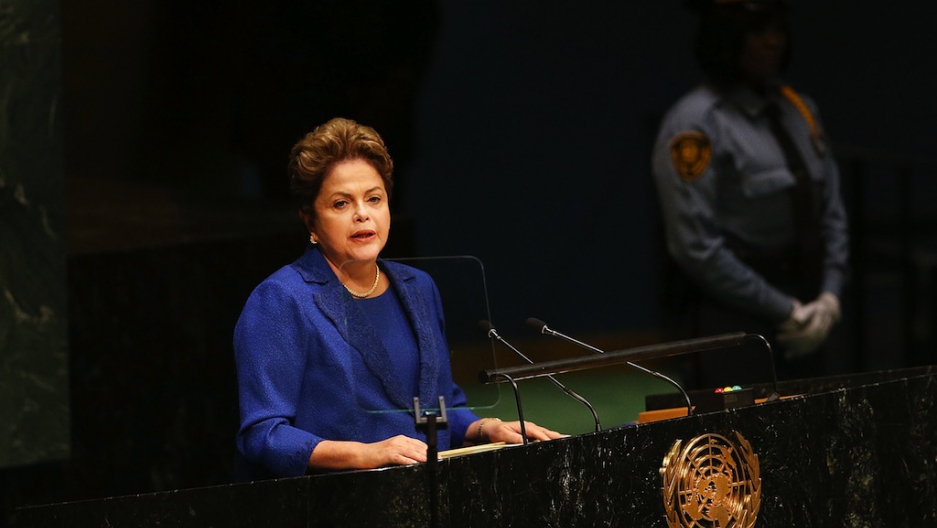 The governments of Brazil and Ecuador are taking a bold stance this week: They’re rejecting United States-led airstrikes in Syria as an invasion and unnecessary escalation of violence.

This is the latest pushback by South American countries against foreign adventures carried out by the White House and/or its allies — but one that’s slightly harder to decode than previous disputes.

Syria’s government itself appears to welcome the air war in its territory. Bombs dropped by US and Arab powers are targeting Islamist militants that the Syrian regime is fighting, too.

But that doesn’t make it legal, Brazil and Ecuador argue.

“The actions they carried out go against international rights, for they have not been recognized by the UN General Assembly nor authorized by the Security Council,” Ecuador's Foreign Ministry said in a statement.

The ministry in Quito called the campaign a “violation of sovereignty of the Syrian state.”

More from GlobalPost: US continues targeting IS in Syria on second day of airstrikes (LIVE BLOG)

Speaking to reporters Tuesday, Brazilian President Dilma Rousseff said she found the expanded assault enormously regrettable. The Brazilian authorities “reject the killing and aggression on both sides and we do not believe it to be effective. Brazil is against any aggression,” said Rousseff, who's in a close race for re-election in October. She added that her government favors using the UN as mediators in such crises, according to Estadao newspaper.

Then on Wednesday, she echoed the sentiment before the UN but did not name the US assault specifically.

“The use of force is incapable of eliminating the underlying causes of conflict,” Rousseff said. That’s been made clear by the “systematic massacre of the Syrian people” and the fighting in other crisis zones like Palestine, Libya and Ukraine, she added.

Their protest came as world leaders are meeting at the United Nations in New York to talk about how to tackle problems from Islamist extremism to climate change to Ebola.

It’s not that Brazil and Ecuador are alone on this push to stay out of Syria, of course. Syrians themselves have told GlobalPost they’re wary of the US-led bombings. And some rather distinguished legal experts argue that US law bars President Barack Obama from expanding the military’s air war from Iraq to Syria without congressional approval.

But few national governments have taken a stand.

Latin American nations are building a strong reputation for speaking out like this. In July, several of them pulled their envoys from Israel in protest of its bombardment of Gaza.

Venezuelan President Nicolas Maduro is due to deliver his UN address in New York tonight, and his party is pretty tight with Assad. Remember the time a socialist Venezuelan lawmaker ran off to fight alongside the Syrian regime? And all the diesel fuel Venezuela was shipping to Damascus?

Who knows how the Venezuelan leader will come down on this Syria mission Wednesday night. But expect more Latino lashings against Obama’s plans.