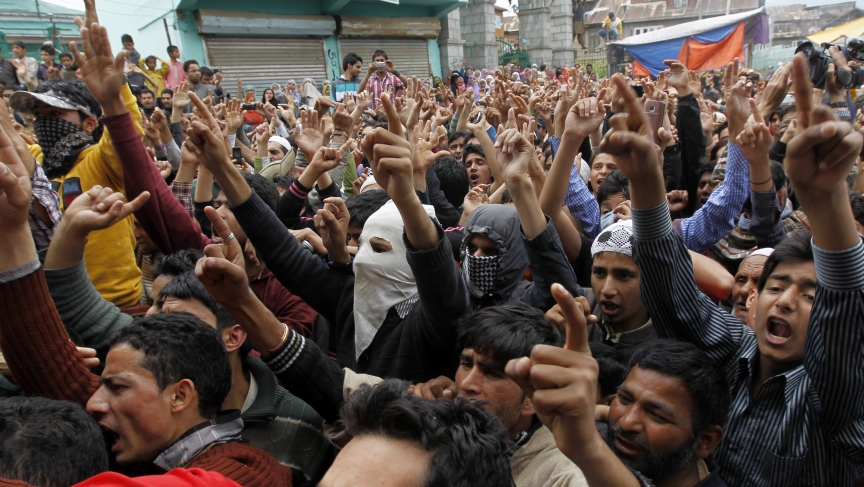 Who ever heard of a terrorist group announcing the opening of its latest "branch?" Yet that's what happened a couple of weeks ago, when al-Qaeda announced in a video from its leader, Ayman al-Zawahiri, that it was opening al-Qaeda in the Indian Subcontinent.

Al-Zawahiri said that it had taken more than two years “to gather the mujahedeen in the Indian subcontinent into a single entity.” Sounds like an M&A strategy, no?

It did to Sandip Roy, a senior editor at the Indian news site Firstpost. “I looked at it and I thought, 'All he lacks is a PowerPoint presentation.'”

In fact, the website Medium has created just the sort of PowerPoint presentation an ISIS exec might use if he were pitching to investors. It's complete with cash flow, market share and competitive advantages.

Roy says that, shortly before the al-Qaeda video was released, Burger King had announced its own expansion into India. He was struck by the parallels between the two.

He believes al-Qaeda is acting like the big traditional player, while ISIS, which actually spun off from al-Qaeda, is the newer and “much more hip” start-up. “It’s kind of like the classic IBM versus Apple starting out in a garage,” he says.

Roy argues it is a far cry from the old days talking about al-Qaeda after 9/11, when the conversation was always “shadowy-this, shadowy-that ... Nobody knew much about it," he says.

Al-Qaeda, he believes, is now trying to play catch-up and remain relevant. Will it work?

Roy agrees with Indian Prime Minister Narendra Modi in thinking the new al-Qaeda branch won't gain much support in India and Pakistan. But he thinks it is interesting that the group sees India as a market with growth potential.

The bigger message, for Roy, is that al-Qaeda realizes it no longer possesses a monopoly on “Terror Inc."