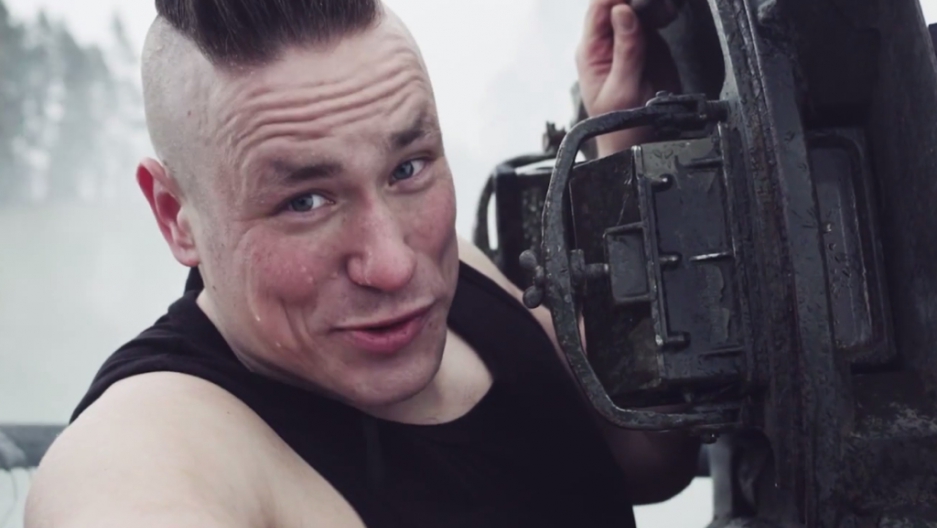 It's hard out there for Russia's neighbors these days. Crimea has been 'annexed.' Eastern Ukraine is a disaster. And it's anybody's guess how Putin will react to the economic sanctions now being imposed by the United States and the European Union.

Finland is understandably anxious. It shares an 830-mile border with Russia and the two don't have a great history. Finland was part of the Russian Empire between 1809 and 1917, and during World War II, Finland and the Soviet Union found time to fight not only one, but two separate wars. This year, when Russian troops started conducting military exercises in March within 150 miles of the border, Finland decided it was time to buck up its defenses by entering into a defense pact with Sweden.

It's an appropriate time for the largest military supply store in Europe to start getting its name out there, while looking to sign a military pact of its own — with Arnold Schwarzenegger.

Arnold Schwarzenegger is visiting Finland in October to attend the Nordic Business Forum 2014, and one Finnish business, a military supply store called Varusteleka found this particularly awesome. It became these workers' mission to convince Arnold to visit their store. So they made this epic, Hollywood-quality, Marvel-hero-level video in hopes that he'd see it.

There are so many amazing things about this video. The sets. The cinematography. The production quality. The explosions.

But really, it's the people who make it.

Mainly, this beautiful man with the chest of a god, the wit of a jester, and the face of an angel. A manly, manly angel: His friends and co-workers are amazing too. Like these guys: And last, but not least, these guys: Finland is in good hands.