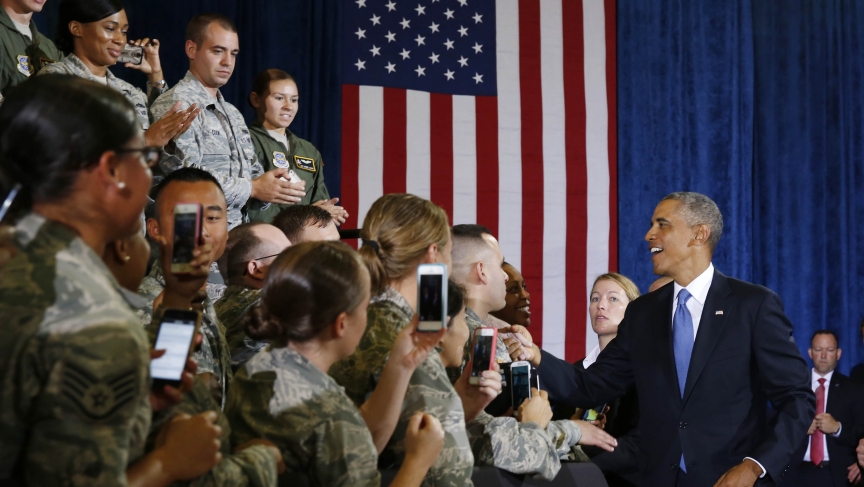 On Wednesday, President Obama laid out two missions for the US military: Protecting the United States by doing things like aiding in the fight against ISIS, but also helping the rest of the world with humanitarian missions like the current deployment to Liberia to help stop Ebola.

But that dual mission — to defend and to assist — can create problems, according to John Arquilla, a professor of defense analysis at the Naval Postgraduate School in Monterey, California.

“There has always been a pull between doing things for idealistic reasons, and doing them for more pragmatic reasons," he says, or "strategic interests versus moral or ethical impulses.” And that tug of war, he thinks, has been "a bit of a problem over the last ten years or so.”

It started in Iraq, he says, where the American project to install democracy failed. In many ways, it also set into motion the current disruptions in the Middle East. "We’re looking at a sea of troubles largely of our own creation," Arquilla says.

And that same ethics-versus-interests dynamic is now playing out as the US goes to war with ISIS in Iraq and Syria. "Our ethical impulse to try to spread democracy to Syria, calling for the overthrow of Bashar Assad, has not been backed by any action to actually remove him from power," Arquilla points out. "So a civil war has festered."

Soldiers, of course, carry out the missions they're given, "but it’s higher policy that will determine its ultimate success or failure,” he adds.

But after six years, there's no big, coherent policy that could really be called an "Obama Doctrine." Arquilla thinks that while President Obama’s instincts are idealistic, he's become far more of a realist while in office.

“If there is something to be called an 'Obama Doctrine,' it is a doctrine of 'economy of force,'" he says. That's a step back from the "Powell Doctrine" of the 1991 Gulf War, which called for overwhelming force. But given the current economic climate, Arquilla says that move is "very wise for our time … Doing more with less.”