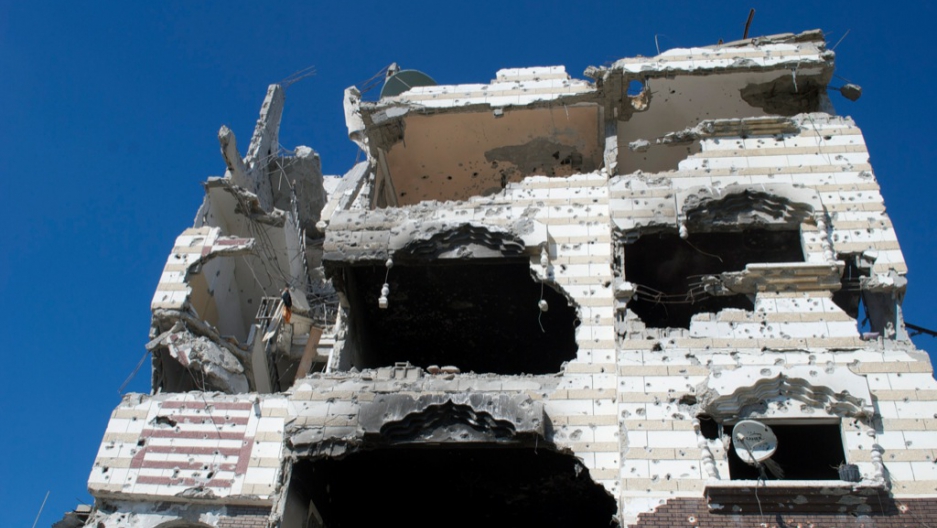 GAZA CITY — On Sunday, the school year started in Gaza. Like parents just about everywhere, parents all over the territory tried to get their kids back to a normal fall routine.

But very little is normal in the Gaza Strip these days, where an estimated 120,000 people were displaced from their homes and more than 11,200 wounded after 51 days of the Israeli offensive called "Operation Protective Edge." More than 2,000 people, mostly civilians, died in the fighting this summer, at least a quarter of them children. 72 Israelis also died in the fighting, 67 of them members of the armed forces.

Children are starting the new school year in rooms where desks have been left empty for the classmates who won’t be coming back. For the first week, there hasn't even been instruction — instead the time in the classroom has been devoted to providing psychological support to the children after what they saw during the offensive, and a chance to process their experiences with counselors and peers.

People here have seen three wars in six years, but this last one was unlike the conflicts of 2008 and 2012. While there were severe casualties in the past (around 1,400 in 2008 and an estimated 167 in 2012), people say the attacks then were more targeted against Hamas. This time, they say, nowhere was safe: homes, schools, hospitals and mosques were leveled in the Israeli offensive. Parents were unable to find safe places for their children. Gazans, penned in by the Israelis from one side and the Egyptians from the other, had nowhere to go to escape the violence.

Now residents are striving to get on with their lives, many of them living in tents pitched amid the rubble of homes they built brick by brick over a period of years. Others are taking shelter in schools or with relatives.

Some 18,000 housing units were destroyed in Gaza over the summer — not to mention the damage to critical infrastructure, including Gaza’s only power plant. There’s an urgent need for rebuilding, but because of Israel’s blockade on "dual use items" — everyday civilian items that could be used for military purposes — it’s nearly impossible to get many of the materials needed to repair the damage. Meanwhile the Strip, an area about 25 miles long and 3 to 9 miles wide, is covered with four million tons of rubble that would take an estimated $30 million to clear.

For now, Gazans wait, and life goes on as best it can.