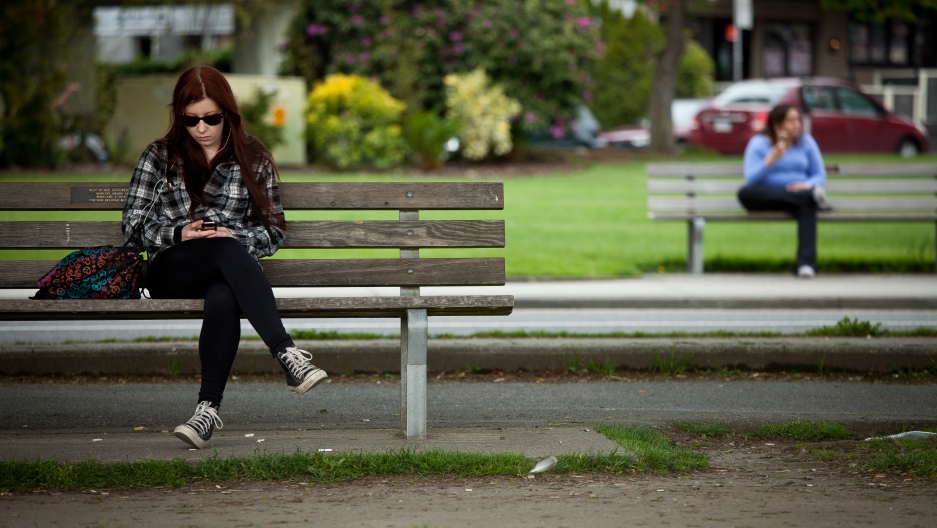 For the first time, single people make up the majority of the American adult population, up from just 22 percent in 1950.
Credit:

Once upon a time in America, marriage was the norm for adults. But now, for the first time since the Bureau of Labor Statistics began tracking these numbers in 1976, there are more single Americans than people who are married.

That is a huge change. About 50.2 percent — or 124.6 million American adults — are single. In 1950, that number was about 22 percent. Singles have taken over — despite the rise of online dating.

“It’s actually probably easier to meet people now than ever before, if you think about all of the incredible technologies we have to connect,” says Eric Klinenberg, a sociology professor at New York University and the author of Going Solo: The Extraordinary Rise and Surprising Appeal of Living Alone. “But one big issue is people today are really looking for their soul mate," he says, "and they’re not going to compromise.”

In addition to holding out for a soul mate, Klinenberg says many people aren’t settling down with someone because of society’s changing culture. “It’s become legitimate and viable to be single for a long period of time,” he says. “That’s never been the case before.”

Social media and online dating sites have presented singles with more choices than ever, which also seems to be driving people away from tying the knot.

“I do think there’s a little bit of that paradox-of-choice problem,” he says. “You have so many different options that it’s easy to find the flaws with each one and difficult to just pick some person with all their flaws — since we all do have them — and just stay with it.”

In addition to having a plethora of options, the era of the extended American adolescence seems to have tempered the rush to marriage. “People are spending a big chunk of their lives — much of the 20s and even into their 30s, increasingly — becoming a grown up,” Klinenberg says. “They’re investing their time in their job, they feel anxious about their career and they’re having a very difficult time moving into that next stage of what we’ve traditionally thought of as grown-up life.”

Postponing marriage has also meant that more people are living alone and "happily single," something that many seemingly do not want to give up

“People who live alone have a degree of control over their time and space that very few other people have,” says Klinenberg. “They have a chance for solitude, and kind of a productive solitude. We live in this moment of incredible hyper-connection and we’re always engaged with social life through social media. When you live alone, you have a little oasis in your apartment.”

Klinenberg says that solo living also allows individuals who have ended a marriage to focus on their priorities. “Living alone gives you a chance to kind of get back on your feet and figure out who you are and what you want in your next relationship, so you can make a stronger return to social life,” he says.

Some may argue that those choosing to be single prefer solitude for narcissistic reasons, like an inability to share and unite. But Klinenberg’s research doesn't support these notions. “It turns out people who live alone are actually more likely to volunteer in civic organizations than people who are married,” he says.

And that's not all: “They’re also more likely to spend time with friends and with neighbors. And, of course, they’re a big reason that there’s so much activity and vitality in the public areas of cities today — they’re not people who are self-involved, sitting on the couch just buying things on eBay. They’re really a crucial part of modern social life.”

Marriage can also be an expensive institution, but Klinenberg says the trend towards single life predates the Great Recession. It's a social change that was ignored for years, he argues.

“Up until the 1950s, you can’t find a single society in the history of our species that sustained a large number of people living alone for long periods of time,” he says. “When we hit this prosperity of the post-World War II moment, we see it take off like never before.”

But while America is just beginning to grapple with this change, Klinenberg says that he’s happy with his own status quo — as a married man.

This story is based on an interview from PRI's The Takeaway, a public radio program that invites you to be a part of the American conversation.