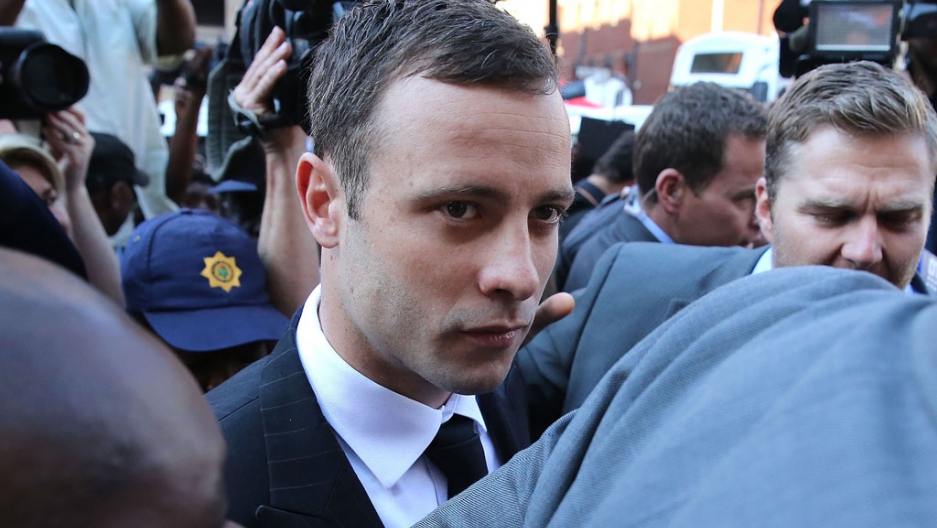 Editor's note: This story was first published on Sept. 12, 2014. GlobalPost is featuring it again as one of our must-reads of 2014.

PRETORIA, South Africa — The murder trial of Oscar Pistorius began on an unusually rainy day in March, drenching the journalists who came from around the world to cover the story of a fallen hero.

The journalist hordes — your GlobalPost correspondent among them — scurried like drowning rats through flooded streets around Pretoria’s High Court, desperate to safeguard a seat at the "trial of the century."

On Friday a judge found Pistorius guilty of culpable homicide, a lesser charge roughly equivalent to manslaughter. Sentencing is still to come. There is no minimum punishment for the crime, which could carry jail time of up to 15 years — or as little as a suspended sentence.

It is easy to be cynical about the Pistorius trial. The Twitter echo chamber can be irritating indeed — a courtroom full of journalists sharing their every trivial observation. Some of my esteemed colleagues have smugly — and to a large degree, correctly — remarked on how little attention is paid to other worthy stories while news outlets have spent lavishly to send their journalists to this courthouse.

But there is a good reason the trial has gripped so many people in South Africa and around the world. This is a human story so unusual, so sad and so inherently fascinating that if fiction would seem contrived: A famous athlete, the first double amputee to compete in the Olympic Games, shoots and kills his beautiful model girlfriend on Valentine's Day. He claims he mistook her for an intruder. How could this happen?

The case encompasses universal themes of love, death and celebrity, as well as issues of race, crime and justice in post-apartheid South Africa. There is no shortage of salacious details. Nearly all of it has been broadcast on live television.

Simply, it is the trial that everyone is talking about. Here in South Africa, and equally on my travels to far-flung countries — from Canada to Nigeria to Myanmar to the UK — I have been deluged with questions and theories from people of all backgrounds.

On the ground, the attention is intense. Throughout the trial, ardent fans of Pistorius — and on occasion, lunatics — have been drawn to the courthouse, bearing gifts of everything from white balloons to fake trophies to bouquets of flowers.

Amateur rap artists have performed dubious trial-related songs on the sidewalk out front. Bikers on pink motorcycles, dressed all in pink, have roared up to support the deceased, Reeva Steenkamp. One day I sat next to visiting American tourists who halted their South African safari to sit in the courtroom, so fascinated were they by the trial.

Now, as we hear Judge Thokozile Masipa deliver her judgment, the courtroom’s gallery is packed with the most diehard of Pistorius trial observers, who arrive hours early in order to land a spot on the single public bench.

Among them is Rea du Plessis, a 73-year-old woman from Boksburg near Johannesburg, dressed to the nines with a feathery black fascinator atop her head. Du Plessis says she didn't even know who Pistorius was before he was arrested for killing his girlfriend, but after hearing the news, immediately felt sympathy for the athlete.

"I know that the man is going through hell," Du Plessis says. "I just want him to know that I support him. I will vibe it."

Members of the ANC Women’s League protest outside the courthouse. (Christopher Furlong/Getty Images)

Members of the African National Congress women's league have appeared throughout the trial to support Steenkamp by protesting violence against women. Outside the courthouse on the two days of judgment this week, there they are, holding signboards up high to send a message while shading their faces from the strong sun: "If you kill a woman, you are killing a nation."

The ANC women in their green uniforms stand among hundreds of other South Africans — schoolchildren, law students, homeless men, retirees — who have come to learn Pistorius’s fate. And, yes, to gawk at the circus.

[View the story "Verdict in the Oscar Pistorius trial" on Storify]