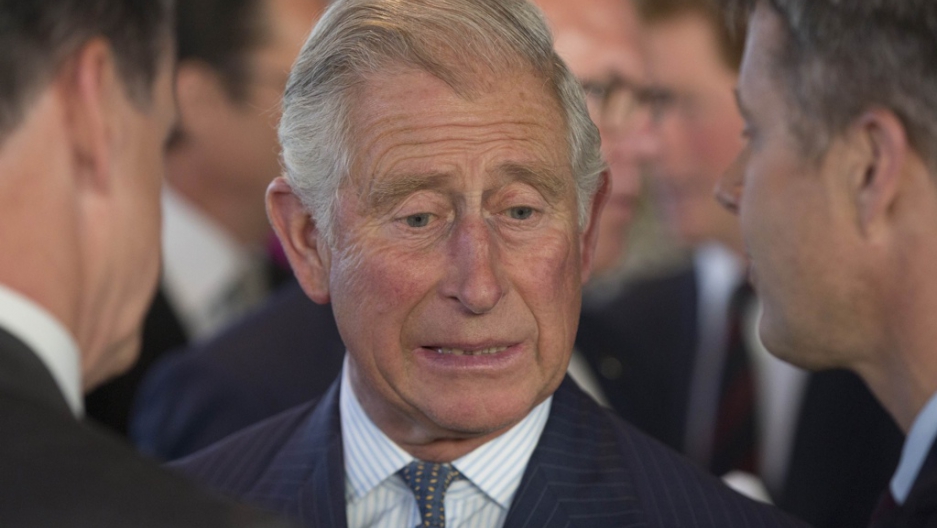 OIARTZUN, Spain — The surge in support for Scotland's independence ahead of the Sept. 18 referendum is firing separatist emotions all over Europe.

Here's a look at those who might be tempted to follow if the Scots end up voting to break away from the UK.

Regional Prime Minister Artur Mas insists Catalonia will hold an independence referendum of its own on Nov. 9, despite opposition from the national government in Madrid that says the vote would be unconstitutional.

At least several hundred thousand Catalans gathered in Barcelona on Thursday to mark the region’s “national day” by forming a giant V in the center of city. The V stood for “vote” and “victory” because Catalans are subtle like that.

The region of 7.5 million lies in Spain's northeastern corner bordering France. It has a distinct language and culture and enjoys a degree of autonomy from the central government.

Catalan nationalists say they will launch a campaign of civil disobedience if Madrid blocks the referendum. The Spanish government might save itself trouble by letting them vote — a poll last week said just 27 percent of Catalans support independence. According to the results published in Madrid's El Pais newspaper, 42 percent would prefer to stay in Spain, but with increased powers for regional authorities.

Belgium’s elections last May were won by a party whose ultimate goal is to break up the country and form an independent republic in Flanders — the country's Dutch-speaking north.

Not surprisingly the New Flemish Alliance has struggled to form a government with parties from the French-speaking south. Coalition talks have dragged on while a caretaker administration tries to run the country.

Differences between the 6 million Flemish- and 4 million French-speakers have bedeviled Belgian politics for generations, with resentment over taxes subsidizing the poorer Francophone region of Wallonia fueling Flemish separatism.

An imminent break is unlikely, however, because the Flemish don't want to loose Brussels. Flemings view the Belgian capital as part of their historic homeland that is vital to the economy, but the city's inhabitants are overwhelmingly French-speaking and little inclined to join a breakaway Flanders.

For the moment, the New Flemish Alliance says it's content with a "confederal" solution that keeps Belgium alive but gives most powers to the regions. However, the party is keeping a close eye on Scotland's progress. “There's a lot at stake for Flanders in Scotland, it’s an important precedent,” said lawmaker Piet De Bruyn.

The president of the Veneto region of Italy has big ideas. AFP/Getty Images

Canals, gondoliers, cappuccinos on the Piazza San Marco — surely Venice is the very heart of Italy?

Not according to an unofficial referendum that was held in March. Organizers of the vote declared 89 percent backed independence for Venice and the surrounding Veneto region.

There were doubts about the validity of the referendum, but subsequent polls have suggested a majority of Veneto's 5 million citizens would say goodbye to Italy if given the chance.

Regional Premier Luca Zaia is backing bills calling for Veneto to claw powers from the government in Rome and for an official independence referendum.

The Venetian Republic was a major seafaring power in the Mediterranean until Napoleon deposed the last doge in 1797. After rule by France and Austria, Venice was incorporated into the new Italian state 150 years ago.

The harsh economic reality that keeps Greenland under Danish rule could be about to change.

Grants from Denmark of $650 million a year keep the budget of the world's largest island afloat, making up about half of the Greenland government's budget. Now, global warming is making it easier to unlock the mineral riches long hidden under Arctic ice.

Last year, Greenland elected its first woman prime minister, Aleqa Hammond, who supports opening up the island to mining so it can stand on its own feet economically and make the break with Denmark.

The territory of 57,000 people would be one of the world's smallest countries in terms of population, but the 12th largest by size. Greenlanders already enjoy a high degree of self-rule, but Denmark still controls defense and foreign policy.

In 2011, the violent separatist group ETA declared a permanent ceasefire in a conflict with Spanish authorities that killed more than 1,000 people.

This beautiful region straddling Spain's northwestern border with France is still struggling with the legacy of that bloodshed, which goes some way to explain why the Basque Country is not rushing to join Catalonia's bid for a quick break from Madrid.

Still, posters in support of independence are common in Oiartzun and other Basque towns. The Basque Nationalist Party, which runs the regional government, is negotiating for greater autonomy for the region of just over 2 million, but many of its supporters have not given up the dream of long-term independence.

Regional Prime Minister Inigo Urkullu is giving his backing to Catalonia's referendum and looks to the vote in Scotland as a model for other breakaway regions.

This may be a bit of a long shot, but the 2.1 percent won by the Bavarian Party in last year's state elections represented the separatists' best result in more than 50 years — a sign perhaps that this land of lakes, dirndls and fairytale castles is getting fed up with Berlin.

“We wish our Scottish friends victory in the referendum with all our hearts,” party leader Florian Weber told The Local Germany website this week. "For us in Bavaria [a Scottish 'yes'] would be a real boost and it would no longer be so easy for our media to negate or ridicule this topic."

The 12 million Bavarians are mostly Catholic and tend to think of themselves as something of a race apart from the cold Protestants to the north. Many look back fondly to the days before defeat in the war of 1866 led to the Kingdom of Bavaria being incorporated into the Prussian-dominated German Empire.

The Prince of Wales. AFP/Getty Images

Welsh nationalists are looking with hope and not a little envy at the referendum in Scotland.

While the Scottish Nationalist Party mustered its majority in the Scottish Parliament to call the vote on independence, the Party of Wales controls barely one-in-six of the lawmakers in the Welsh National Assembly.

Undaunted, party leader Leanne Wood is hoping a vote for Scottish independence will spur on the Welsh to cast off London's rule — or at least vote her to power in 2016.

"Everyone is sitting up and taking notice of Scotland because the people of Scotland elected a government ... that has put the people in command of their own future," she said Thursday. "Until Wales does the unexpected, there is no impetus for London to take any notice."

The green, hilly land to the west of England is home to 3 million people, a fifth of whom speak the distinctive Welsh language.

A hotel owner works in her garden in South Tyrol. AFP/Getty Images

This is Italy, but not as we know it. Cafes serve pork dumplings and apple strudel, waiters sport lederhosen, and the sound of yodeling rolls down mountainsides.

South Tyrol was ceded to Italy after World War I, but it retains a distinctly Austrian feel.

Around 60 percent of the province's half-million citizens speak German, which is an official language alongside Italian. Dissatisfaction with rule from Rome is widespread — a poll last year showed 46 percent would back secession. Italy's prolonged economic crisis is adding to the ranks of malcontents in the country's richest province.

“Independence for Scotland, but also for South Tyrol, would be for the benefit of the people,” Bernhard Zimmerhofer, a provincial legislator for the South Tyrol Freedom Party, said Wednesday. “It's not only feasible, it's imperative!”