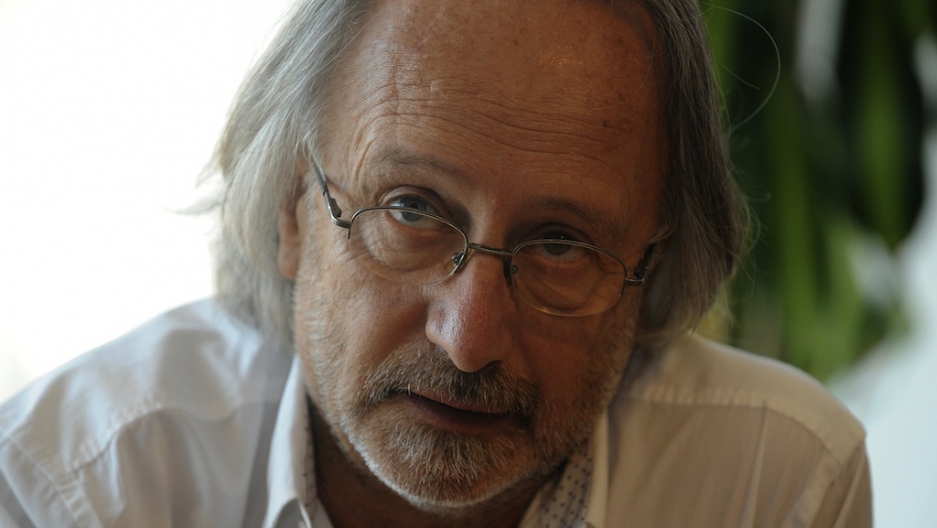 MONTEVIDEO, Uruguay — Julio Calzada is the top drug official in the little nation of Uruguay, which has gained notoriety over the last year for becoming the first country to legalize the cultivation, sale and consumption of marijuana.

Calzada, whose party faces a tough re-election battle on Oct. 26, sat down with GlobalPost this week to discuss Uruguay’s unparalleled legalization experiment.

In doing so, the national drug agency’s secretary-general unleashed a few bombshells.

Here are the five most interesting things he said.

1. The pot will be taxed because of course it will

Last month, GlobalPost reported that one of the two big lies about legal marijuana in Uruguay is that it would be sold to the public tax-free. The article pointed out that Uruguay plans to charge the companies growing pot a variable fee, which will oscillate depending on the price of black market weed.

Calzada totally agreed with that conclusion.

“There are taxes. Sure there are taxes!” he said. “There’s a tax that the growers will be subject to and that will be variable.”

He continued: “The central objective of this variable fee is competing with the black market. So, if marijuana is selling on the street for 25 pesos [$1 a gram], the fee, which is a percentage, must allow companies to sell legal cannabis at 25 pesos [a gram].”

This curious tax on legal marijuana, then, will be calculated according to the price of illegal weed. Calzada didn’t elaborate on how the government will establish prices or fees.

2. Companies are knocking down the government’s door to grow weed

Uruguay’s government is currently receiving proposals from companies competing for one of three licenses to grow officially sanctioned pot that the government will sell in pharmacies across the country.

Calzada said that so far 22 companies have applied for a growing permit. Most are Uruguayan but about 20 percent are international businesses and a few others are partnerships between Uruguayan and foreign firms.

That level of interest is evidence that it is indeed possible to grow pot profitably here, even with a government-imposed price cap of about $1-a-gram on the final product, Calzada said.

3. The Uruguayan government has a study showing it's possible to grow weed for $1-a-gram, only it won’t let anybody read it

The government’s rock-bottom $1-a-gram proposal raises a lot of questions. Several experts in marijuana cultivation told GlobalPost last month it simply won’t be possible for companies to grow, package and transport good-quality weed for such a low price.

Calzada said those experts are wrong.

He patted a document on his desk, which he said is a government-funded study of marijuana cultivation that categorically proves it is possible.

I asked if I could read the document.

Calzada said he’ll make the document public once the three government growers have been chosen. He wouldn’t explain why the public can’t look at the study now.

Alvaro Calistro, a Uruguayan cannabis club co-founder, with his prized possession. Click on the picture to see more Uruguayans who want to grow pot for their country. Kamilia Lahrichi/GlobalPost

4. The United States isn’t pressuring Uruguay, and it's changing attitudes itself

The drug agency chief said he and the Uruguayan government have received absolutely no pressure from the US government or other countries on their radical new marijuana policy.

However, the United Nations’ International Narcotics Control Board (INCB) said last year that Uruguay’s new laws contravene the UN’s International Convention on Drug Control, to which this country is a party.

Uruguayan President Jose “Pepe” Mujica reacted angrily to the body’s criticism, especially to remarks by INCB President Raymond Yans that Uruguay is endangering public health with its policies. He said someone should tell Yans to “stop lying” and challenged him to come to Uruguay to discuss the matter personally.

Calzada said that despite the INCB’s comments, he’s seen a notable shift in attitude on the war on drugs recently, even at the federal level in the US.

“The change from a punitive stance, where consumption of drugs is penalized and considered criminal, to a position of thinking about drugs as a public health issue, is a radical change,” he said.

“I think that, in reality, in the United States, there have been significant changes.”

Calzada didn’t exactly take offense when asked if he partakes in weed. He just said no, and called the question “irrelevant.”

Then he offered an unusual analogy:

“That’s like saying that to attend to a childbirth, you must have given birth to a child yourself. The majority of gynecologists in Uruguay have never given birth.”