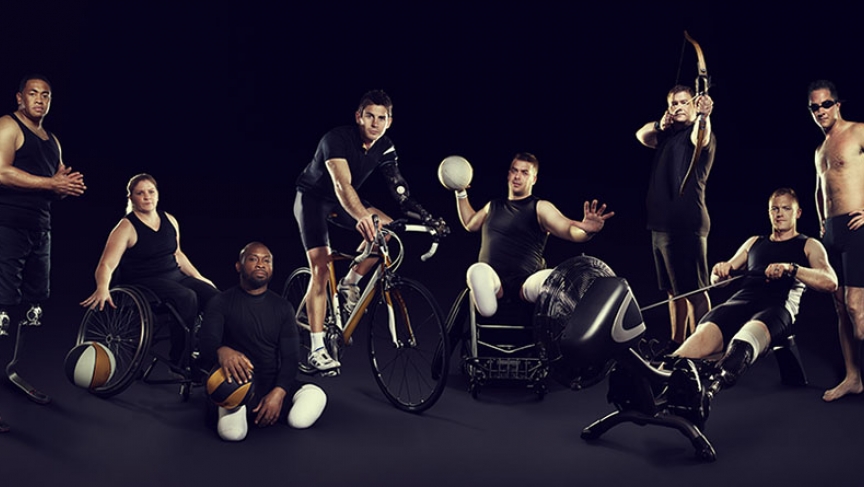 These are some of the athletes who will take part in the Invictus Games, a new competition for wounded servicemen and women from around the world.
Credit:

“I am the master of my fate: I am the captain of my soul.”

Those are the final words of the poem “Invictus” by William Earnest Henley. It's also a fitting challenge for the athletes who are gathering in London for the first edition of the Invictus Games.

Like Henley, many of the competitors are amputees. The athletes are all wounded servicemen and women, and 400 of them from 13 countries will compete in sports ranging from wheelchair basketball to indoor rowing.

The games were launched by Prince Harry, the British royal who's also an army officer. During a visit to the United States last year, he attended the Warrior Games, a similar competition for members of the US military.

After seeing the games, Prince Harry decided to create a similar sporting event in the UK, this one open to competitors from several nation.

At an event before the opening ceremonies on Tuesday, Prince Harry urged the public to come to watch the events. “It’s about supporting these individuals who have signed up to serve their country and wherever it takes them," he said.

British veteran Jon Le Galloudec is one of those individuals. Le Galloudec, then a lance corporal in the British Army, was serving in Iraq in 2007 when he was shot in the spine by a sniper.

“From that point on, life was pretty bleak," says Le Galloudec. "I was paralyzed from the waist down and told [by doctors] that I would never walk again. After a lot of physiotherapy and sheer guts and determination, I was able to take my first few tentative steps a few months later.”

But Le Galloudec wasn’t content to just walk: He became a serious athlete. He joined the Help for Heroes charity and raised money for the foundation by climbing Mt. Kilimanjaro and hiking to the base camp of Mt. Everest.

Now he’ll be competing in three swimming events at the Invictus Games. “Sport is our way of getting into that competitive edge," he says. "It shows the world that we’re not defeated, that we stand unconquered.”