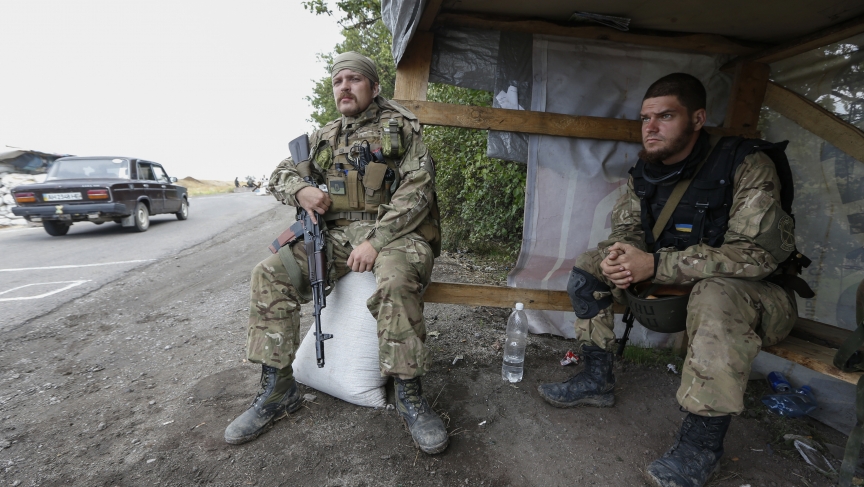 Soldiers from the Ukrainian self-defence battalion "Azov" sit at a checkpoint in the southern coastal town of Mariupol on September 8, 2014.
Credit:

Sergei Misyura's interest in blogging and social media was initially driven by a completely apolitical topic: Mobile phones. But that changed in the last year as the conflict in eastern Ukraine engulfed the Ukrainian blogosphere — and Sergei's life.

Misyura, whose Twitter account has more than 15,000 followers, spent four months with the 72nd Brigade of the Ukrainian Armed Forces fighting in the "anti-terrorist operation" in the Luhansk region of eastern Ukraine.

He keep tweeting as he did so, providing direct insight for his followers into how the war was going:

The fight for Krasnodon has been going for two days. We can't go there as a battalion, we should do a combined operation, maybe with different brigades. It's going to be difficult.

Well, it's morning. Despite all predictions, last night turned out to be ordinary, constant fire with anti-tank missiles and two barrages of GRAD. There are casualties…

When asked if it was difficult to provide updates during a war, Misyura says logistical and other issues were definitely a factor, but that he considered it necessary to provide information to Ukrainians back home.

"The first two months weren't difficult at all, as our forces were used only for manning checkpoints," he says. "But later, in Luhansk region, the fighting started… firefights…"

"It was difficult. But after completing my tasks, I considered it my duty to write about what was going on around me," he says. "And indeed, many Ukrainians were interested in the opinions of an officer from the field, who could see with his own eyes and feel with his own skin what was really going on in the ATO, and not what was being shown on TV or written about on websites and in newspapers."

At one point he even had to resort to dictating messages by phone to his wife back home. 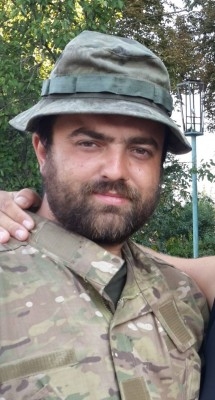 "The most difficult period was after my smartphone broke, there was no Internet and constant fire from Russian territory," he says. "In that case, my account was written by my wife, @vetochka0505, after phone conversations with me."

"Russian journalists work with terrorists, and they don't support the principles of journalism at all. Constant warping of reality and truth is their favorite hobby," he says. "At the same time, Ukrainian journalists are very sluggish and don't cover events in the East of Ukraine very much."

"There could be two reasons here: The very high risk of getting injured, or worse. And secondly — they just aren't given the access needed for their work," Misyura explains. "Because of this, accounts like mine and my work on the frontline are valuable. I can discuss and cover those events where Ukrainian journalists are powerless."

Misyura says he never writes anything that “is secret, or could be used against me, my loved ones or my soldiers.” But he admits that the Ukrainian army has no restrictions on what soldiers can write about online apart from “the law on state secrets.” That's unlike, for example, the US military.

The war in Donbass may be the first war in which social networks and blogging by fighters have played such an important role, with Russia's denials of involvement in the conflict often contradicted by the social network accounts of its own soldiers. It the Vietnam War is often noted as the first "televised," the war in Ukraine could very likely go down as the first live-tweeted one.

This story by Daniel Alan Kennedy was originally published on our partner Global Voices Online, a community of bloggers from around the world.